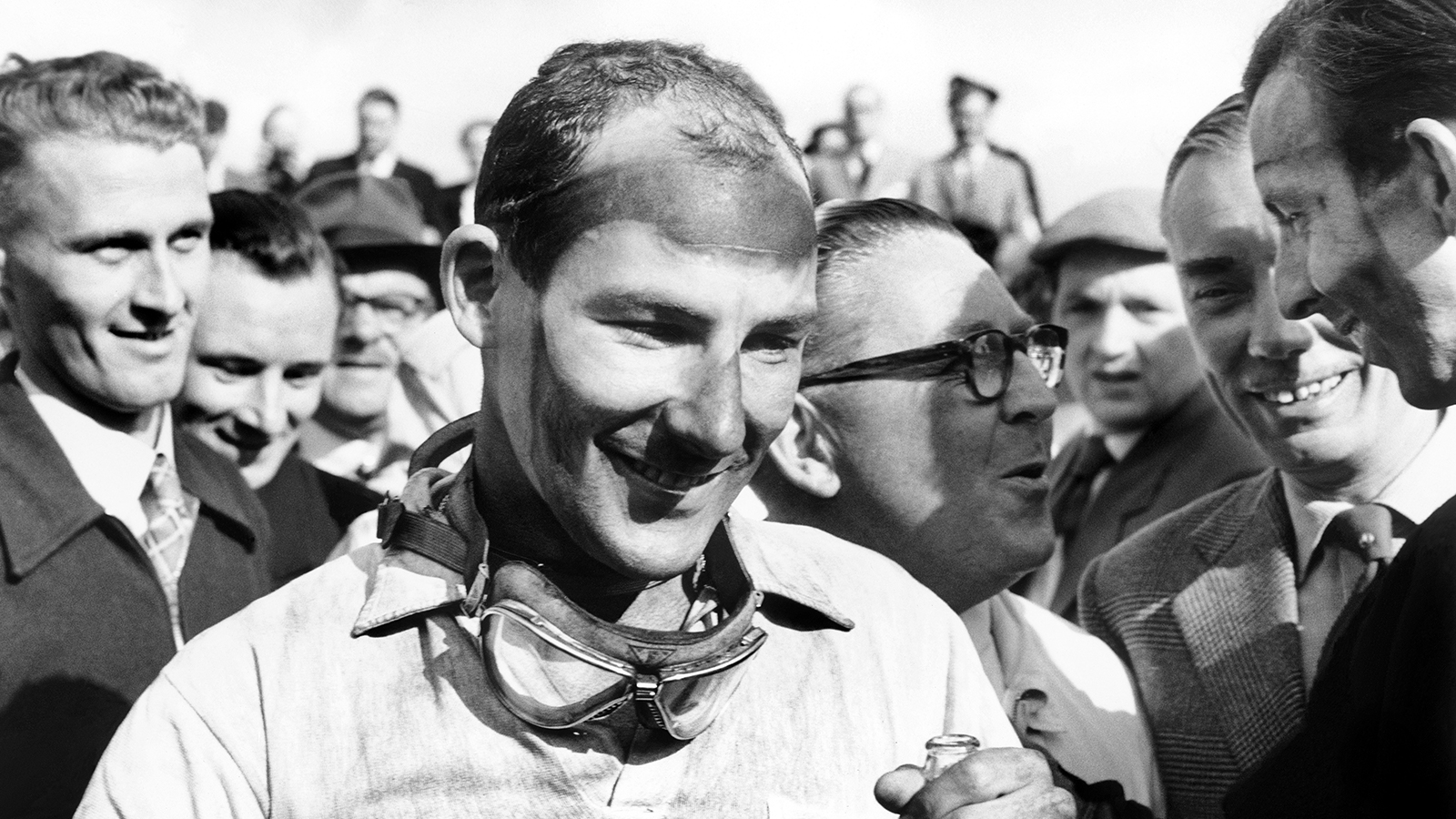 Stirling Moss was a regular, popular and charismatic visitor to Australia for more than fifty years.

He shot to stardom down under when he won the 1954 Australian Grand Prix at Albert Park, driving a Maserati 250F when the course ran in the opposite direction to the modern layout, continued racing through the early Tasman Series, then became an honoured guest in his retirement.

Moss died at his home in London on April 12, Easter morning, after a long illness that dated back to December 2016 when he was admitted to hospital in Singapore with a serious chest infection.

He was 90, a Knight and an exemplar of a life well lived.

He always knew that his job was to ‘be’ Stirling Moss. That meant a quiet dignity, an example of fair play, and standing up for the underdog.

“It was one lap too many. He just closed his eyes,” his widow, Lady Susan Moss, says of his passing.

Moss was a pioneer and one of Britain’s greatest racing drivers, although he never won the Formula 1 World Championship.

Despite this, he was universally recognised as the driver who set standards by which later generations were judged.

His ability and versatility was legendary although he often competed in machinery that was not a match for his talents.

Moss had career statistics of 212 wins from 529 races and he was runner-up in the World Championship four times and third on three further occasions. He won a total of 16 Grand Prix victories from 66 starts, which remained a record for an Englishman until 1991, and also won 19 times in non-championship F1 races.

There were some years when he took part in more than 60 events and in the course of his career he drove 84 different makes of car.

Moss was the first driver to win World Championship races for both Cooper and Lotus, on both occasions in cars run by Rob Walker’s private team. It was in Rob’s Lotus Type 18 that Moss produced two of his most extraordinary performances to win the 1961 Monaco and German Grands Prix, beating more-powerful Ferraris.

But perhaps his best-known victory was in the 1955 Mille Miglia when he drove a Mercedes-Benz at an average speed of more than 160km/h. It helped that he had legendary British journalist Dennis Jenkinson alongside to read pioneering pace notes and then to report the event from the winning car.

Moss was an incredibly versatile all-rounder who could perform as well in sports car racing as Formula 1 and his victories included the Targa Florio, and RAC Tourist Trophy to win the World Sports Car Championship for Mercedes. Four years later, he played a major role in securing the title for Aston Martin.

He twice finished runner-up in the Le Mans 24 Hours, winning his class in 1956 with Aston Martin, won the Sebring 12 Hours on two occasions, and was even second on the Monte Carlo Rally in 1952.

Moss became so a famous figure that policemen in Britain regularly asked speeding motorists: “Who do you think you are, Stirling Moss?”

Moss reported that it even happened to him one day and he had great difficulty explaining to the constable in question that he was actually Stirling Moss.

For Moss, the manner in which a victory was won was as important as the outcome, and this sporting attitude cost him the 1958 World Championship when he stood up for rival Mike Hawthorn, who faced a penalty in Portugal that would have denied him the points that he needed to beat Moss to the title.

Moss was knighted for his services to motor racing in 2000, one of the first drivers to receive such an honour in the modern era.

He was the son of Alfred Moss, a well-to-do dentist and amateur racer. Born in 1929 he had a sister, Pat, who later became a celebrated rally driver.

He left school early in 1946 and began racing in 1947 at age 18. He was soon winning in 500cc Formula 3 cars before taking his first big international victories at Monaco in Formula 3 and in the Tourist Trophy at Dundrod in 1950, driving a privately-entered Jaguar XK120.

A strong sense pf patriotism meant that he usually raced British machinery and it was not until 1954 that he purchased a Maserati 250F to try to progress his F1 career. That led to an invitation to join the Mercedes-Benz works team alongside Fangio, and thereafter to leadership of Tony Vandervell’s Vanwall team.

Moss was instrumental in breaking the German-Italian stranglehold on F1 success in 1957 when he shared a Vanwall with Tony Brooks to deliver the first World Championship victory for a British-built car, fittingly in front of their home crowd in the British Grand Prix at Aintree.

His front-line career ended at Goodwood in Easter of 1963 when, aged 32, he suffered serious head injuries in a crash that was never fully explained.

Moss made a rapid recovery but, after a private test, decided he no longer had was needed to win. Whether that was the right decision or not we will never know.

He set up the Stirling Moss Automobile Racing Team (SMART) to run GT and Sports Cars and eventually resumed racing himself, mainly in historic events, although he tried modern machinery again in 1980 and 1981 when he raced in the British Saloon Car Championship without any notable success.

Although he was well paid when he was racing, he did not retire from the sport with a fortune as many who followed him. He was, however, one of the most recognised celebrities in Britain and regularly appeared on television and made cameo appearances in films, notably the 1967 James Bond movie ‘Casino Royale’, in which he played the role of a chauffeur.

In 2010 he fell down a lift shaft at his Mews home in London when a malfunction caused the doors to open without the lift being at the correct floor. He broke both ankles and several bones in his foot, and damaged a number of vertebrae, but being the gritty individual he was he fought back to full health once again.

Stirling Moss was a giant in the world of Formula 1 and his achievements inspired a generation of youngsters to take to racing, helping to build up Britain’s position as the leading nation for Formula 1.