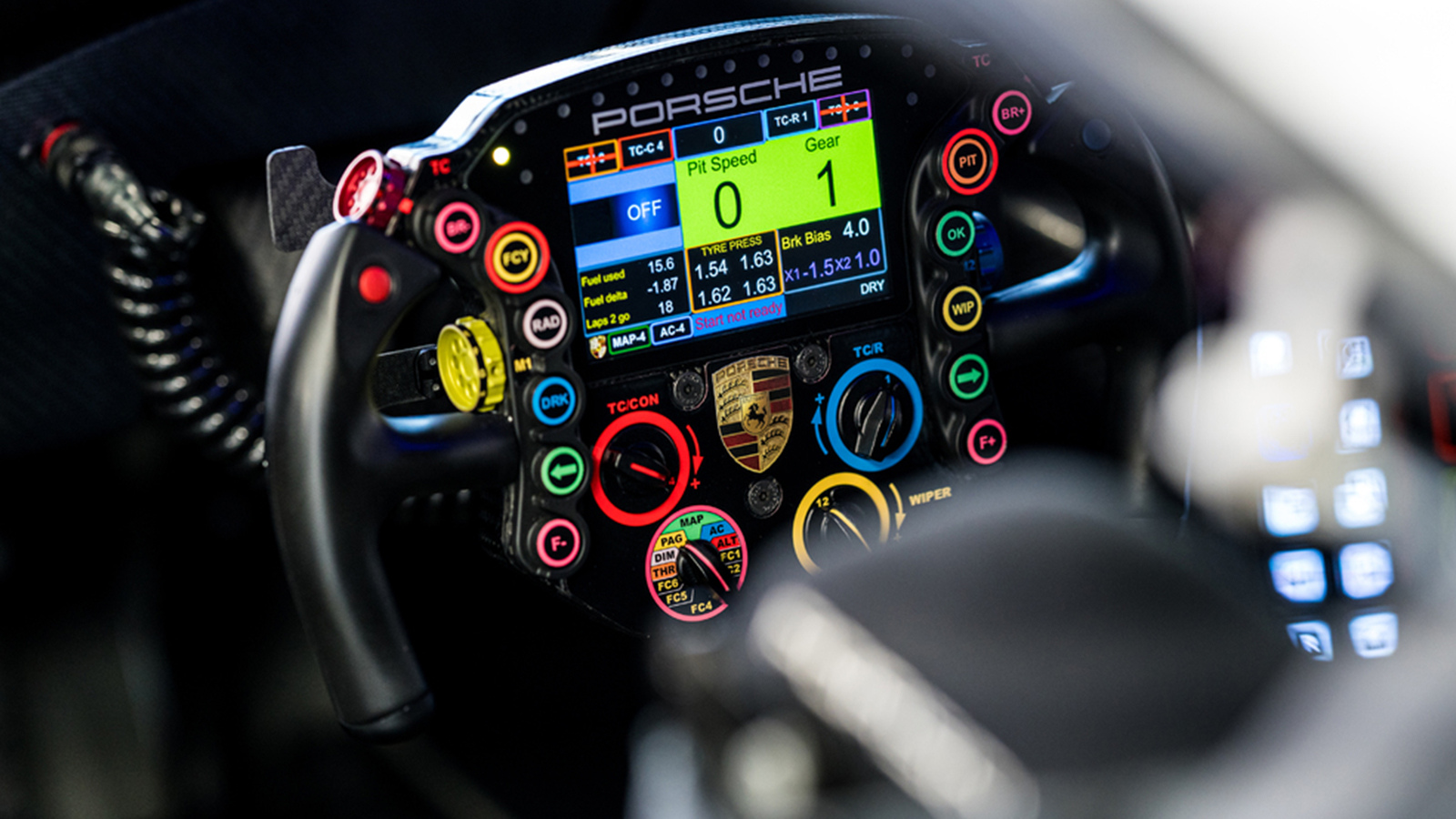 The days when Ayrton Senna won in F1 with a steering wheel, a gear-lever and a tachometer are long, long gone.

These days, there are finger-flick flappy paddles to shift, a bank of coloured lights in place of the tach, a wheel with more buttons and knobs than a jetliner and a battery of digital displays to monitor anything that could potentially go wrong.

Porsche has been tracking the changes in motorsport technology and says nothing reflects things more than steering wheel over the past 60-plus years.

Its original 356 sports car had a wooden rim around aluminium spokes and there was not a single button on the wheel of the classic Porsche 917 that dominated at Le Mans in the 1970s.

Today, it’s all about fine-tuning the car from the driver’s seat using the controls on the wheel and following directions from an engineer in the pit bunker.

“It’s hard to believe, but developments in this regard only really took off in the year 2000, says the director of factory motorsport at Porsche, Pascal Zurlinden.

“In just 20 years, a leather-covered wheel morphed into a multi-functional controller. Drivers of the latest Porsche 911 RSR have 30 functions on the steering wheel.

“It’s like watching television at home. The TV remote controls are constantly being upgraded with new buttons, with apps, Amazon Prime, etc.”

Matt Campbell, the young Australian who has worked his way from Carrera Cup to the peak of Porsche’s professional driver ranks, says learning the 27-page instruction manual for the wheel on the latest 911 RSR is part of his job.

“We have the chance to provide input during the development. As Porsche works drivers we’re mostly involved in endurance racing. Not only does it have to be intuitive to operate, but it also has to flow with as little physical exertion as possible,” says Campbell.

“That’s always the goal when working on a new steering wheel layout. It’s easy to memorise so that you can concentrate completely on driving.”

Zurlinden says it’s not just the electronics in the wheel, which can easily cost more than $30,000, but event the shape that has changed over time.

Part of the challenge is designing wheels for driver access, or that can be removed completely during a pitstop, without affecting the data flow over the CAN interface between the wheel and the car’s onboard computer controls.

The shape has changed from a circle, through a chopped circle with a flat bottom to the modern design like the yoke in an aircraft.

“From a circular steering wheel made of real wood to a steel rim, a controller eventually evolved – the shape of which resembles a horizontal figure of eight, comparable to the yoke of modern aircraft,” he says.

“When comparing an old and a new steering wheel, it’s hard to believe that the new models are even lighter than the earlier ones – despite all the operating controls, displays, and electronics. This is thanks to the use of aluminium and carbon fibre,” says Zurlinden.