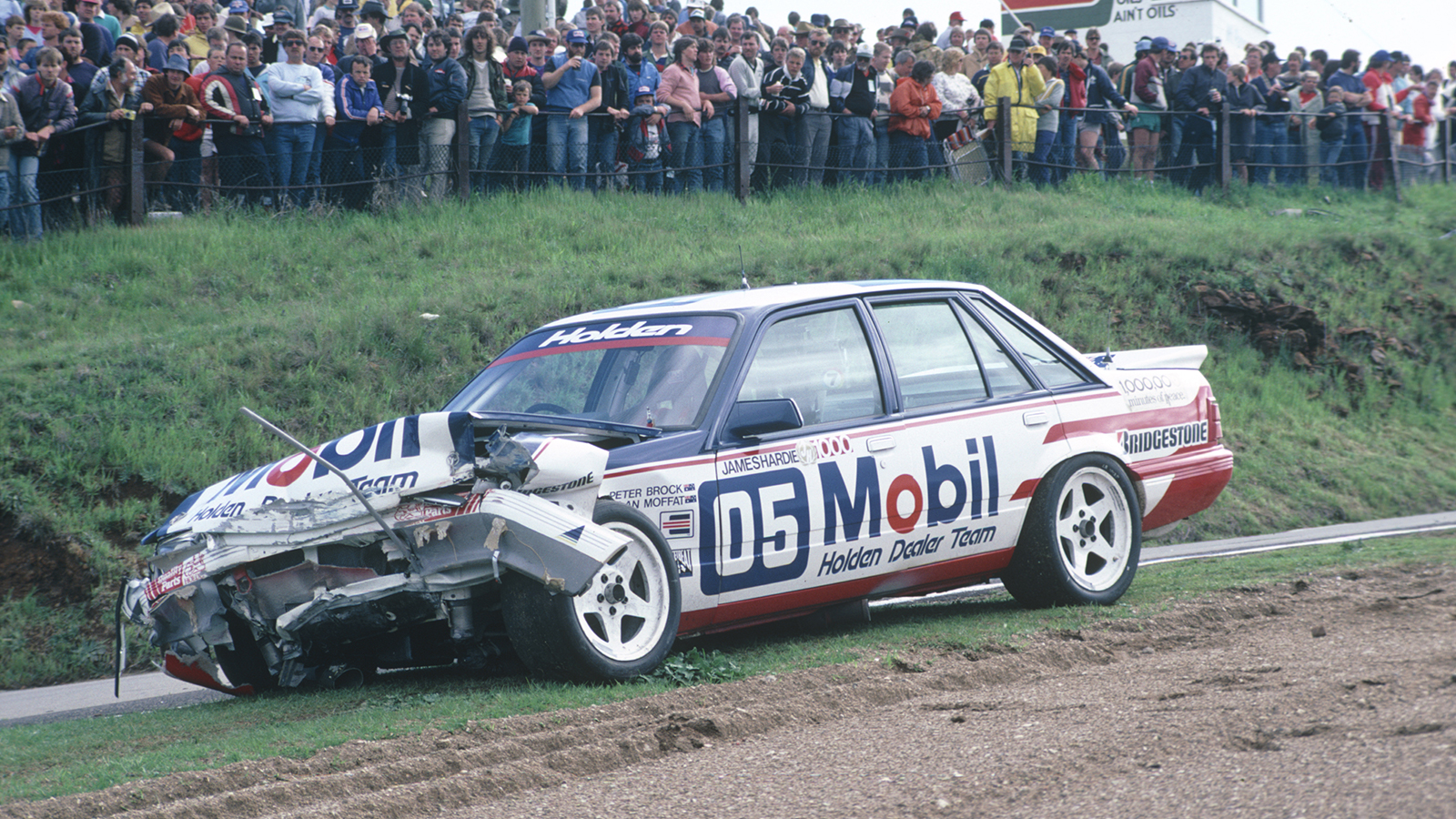 My first visit to Bathurst in 1986 was memorable in many ways.

I saw Allan Moffat crash at the top of McPhillamy Park, talked to Tim Schenken about the insanity of racing Group A touring cars at Mount Panorama, and stayed at the Knickerbocker Hotel in the main street, where journalists were hosted by Marlboro and the televisions were chained to the walls.

It was actually my second trip to Australia and I have only vague and jumbled memories of the first one.

Resorting to my old diaries, which do little more than list my appointments, I know it was in November 1985 after I flew to Japan for a touring car race at Mount Fuji where I met Kevin Bartlett and a very young Bradley Jones.

My diary says ’To Tokyo’ then, a few days later, ‘Fly to Australia’. The clue to this rather odd timing was that I was taking a short break before going to the Macau Grand Prix meeting, 10 days later.

I didn’t know many people in the Australian racing fraternity and I remember that I stayed in a low-rent hotel in Coogee Beach in Sydney. The diary shows that I went to the Opera House that evening for a concert and that on the Sunday I had a pizza with former Bathurst winner Bob Holden.

I was surprised to see that on the following day I had lunch with Allan Grice and the publisher Ray Berghouse and then I flew off to Hong Kong.

Eleven months later I returned at a more sensible moment.

The diary says that I was in Zolder in Belgium on the last weekend of September and then went ‘To Bathurst’ on the Monday. This time I stayed with a Pom friend who lived in Double Bay and went up to Bathurst on the Thursday, where it had been arranged that I would stay in the Knickerbocker.

I met the Australian motorsport media, including a young Mr Paul Gover, and was at the top of The Mountain on Friday when Allan Moffat stuck Peter Brock’s Mobil-HDT Commodore into the wall. It was an explosive start to the weekend on all fronts.

There is a note that I had dinner at a restaurant called The Galloping Grape but, on Saturday night as tradition apparently dictated, a bunch of scribes piled into a couple of cars and drove 50km, mainly on dirt roads, to the village of Sofala, an old gold mining town, where there was a pub.

Why? Because, they told me, Bathurst on Saturday night before the race was a rough old place and it was better not to be there. When I got back to the Knickerbocker there were people sleeping in the corridors.

Race day was a big event, particularly as the event was to have Prince Philip, the Duke of Edinburgh, as a VIP guest. I was far too busy meeting people and talking racing to care about the royal visitor.

Sadly, early in the race Mike Burgmann crashed and was killed. It was a sombre day.
Grice won the race and I remember the Autosport magazine headline was ‘Cluck around the Rock’ because Grice and his co-driver Graeme Bailey were sponsored by Chickadee, Bailey’s chicken-processing company.

On the Monday the diary says ‘Back to London’ and the following weekend I was down in Spain for the next European Touring Car Championship race.

In mid-November I was back at Fuji and did the same side-trip to Sydney before Macau. The diary says that I had lunch with Grice, again . . .

In the years that followed, I spent a lot of time in Australia, departing Europe at the end of September and staying out in the Asia-Pacific region for close to three months.
I wrote about races at Bathurst and Wellington and Calder Park. I travelled many roads, driving the entire coastline from Adelaide to Coff’s Harbour at different times.

I loved the country and even, for a while, considered moving there. A British colleague, Gwyn ‘ lipper’ Dolphin, who shared many of the adventures, did eventually settle in Australia, living in Perth.

In 1988 I graduated from touring cars to become a full-time F1 reporter but still found time for my annual tour of the region, going to Bathurst and Wellington en route to the Japanese GP and then returning to Australia for the Grand Prix in Adelaide and even a World Endurance Championship race at Sandown.