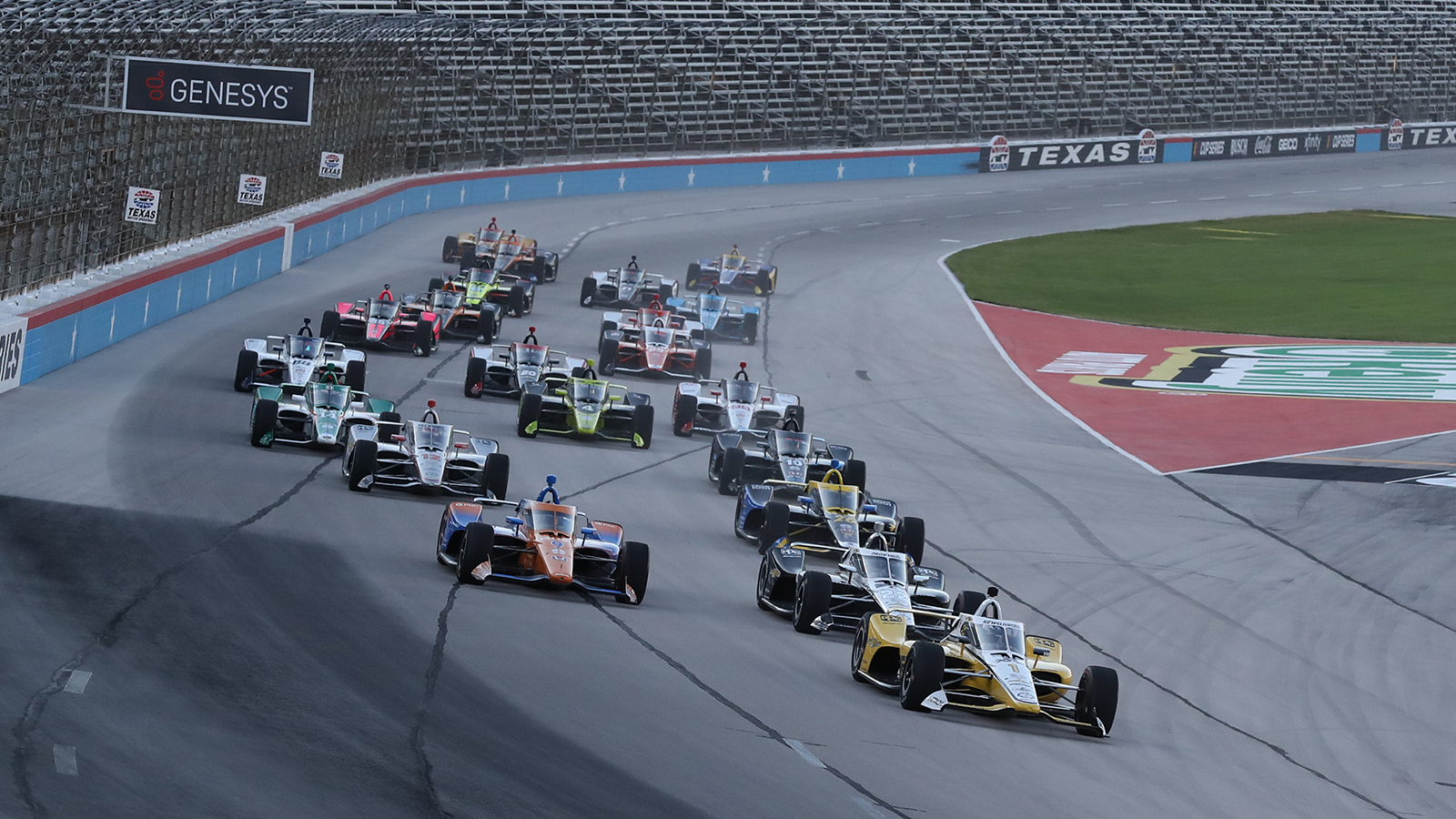 Australian IndyCar star Will Power is an emphatic fan of the Aeroscreen after the new safety system’s first race at Texas Motor Speedway.

Power reports no problems with visibility, access or comfort with the Aeroscreen after turning laps at more than 370km/h in the first race of the delayed IndyCar season.

“Nobody had any problems with it. I don’t think anyone has any complaints,” Power tells Race News from the USA.

He also believes the Aeroscreen would have prevented the two most recent fatalities in American open-wheel racing’s premier category.

“The Aeroscreen is the biggest step in safety since the HANS device. We’ve definitely had safety upgrades in that period, but this is by far the most significant.”

“The last two fatalities in IndyCar, I believe, this would have prevented. For Dan Weldon, the car would have ricocheted off the pole and for Justin Wilson, the nose cone would have bounced off.”

“And there have been other things, like James Hinchcliffe who had a small piece of carbon that knocked him out.”

Power was heavily involved in testing of the Aeroscreen, which was developed by Red Bull Advanced Technologies as a step up from the halo in Formula One. The biggest difference is the bulletproof windscreen that is incorporated into the debris and rollover-protection cage.

“It was something that needed to happen. It’s the best of both worlds, a halo and a screen. It pretty much protects you from both big and small debris. And it can support eight utes piled-up on top of each other.”

“I really like it. I’ve been in the series for a long time and seen some pretty serious injuries, and two fatalities. I’ve been one that’s pushed safety my whole career.”

“Red Bull Technologies did a great job on designing and then producing it. Also, how quickly they were able to pull it together.”

According to Power, the Aeroscreen could not have had a tougher baptism than it got at Texas during the Genesys 300.

The ambient temperature was 37 degrees, the race was run at a super-speedway with cars running faster than 350km/h, the race ran from daylight to sunset and under lights, there was the ‘sand blasting’ effort from small pieces of debris, and the Texas banking also tested the Aeroscreen’s visibility.

The Aeroscreen has an obvious visual impact but changes for the system also include fresh-air venting to the driver’s helmet and some teams, including Chip Ganassi Racing, used fan-forced ventilation while cars were stopped in the Texas pitlane.

“Everyone runs a hose from the cockpit into your helmet to keep you cool,” says Power.

Visor tear-offs, which are part of the package for open-wheel racing from speedway to Formula One, are now a thing of the past. At least on helmets.

“You could actually run with your visor open. If you wanted, you could run without a visor. The only problem would be if there was a big accident with a fire. I opened my visor a few times behind the safety car and there was no problem.”

“There are no helmet tear-offs. But we ran six on the windscreen, one for every pitstop.”

Digging deeper into the Aeroscreen, Power reports no problem in adjusting to the system.

“It really just disappears. Your brain ignores the fact there is a screen in front of you and a big bar in the centre.

“Once you get out there racing you forget about it. When you first sit in it you feel a bit claustrophobic, but it completely disappears. You don’t have time to think about it at 370km/h.

“You don’t get any buffeting. The only air you get on you is from the vents. I sit pretty low in the car and when I first tested it at Indianapolis it was pushing my head forward a bit, but they have solved that.”

In the case of the car, Power says the effects are minimal.

“It actually loses a bit of downforce because it upsets the airflow to the rear wing. Around Indianapolis we lost about one mile-per-hour, so it’s not significant.

“The biggest change is in the weight, and forward weight. It actually makes the car about 30 kilos heavier, but it’s a little nicer to drive because the car was a bit rear heavy.”

The Texas race was won by New Zealander Scott Dixon, his fourth victory at the track, and Power was disappointed to only make 13th place, one lap down, after a mistake on a pitstop when a wheel was left loose.

“I’m very disappointed. I had a great car, it was really fast, and I left without a wheel on. It put us to the back because there was no passing with a single-lane track.

The IndyCar season continues on the Indianapolis road course next month, in a double-header meeting with NASCAR.