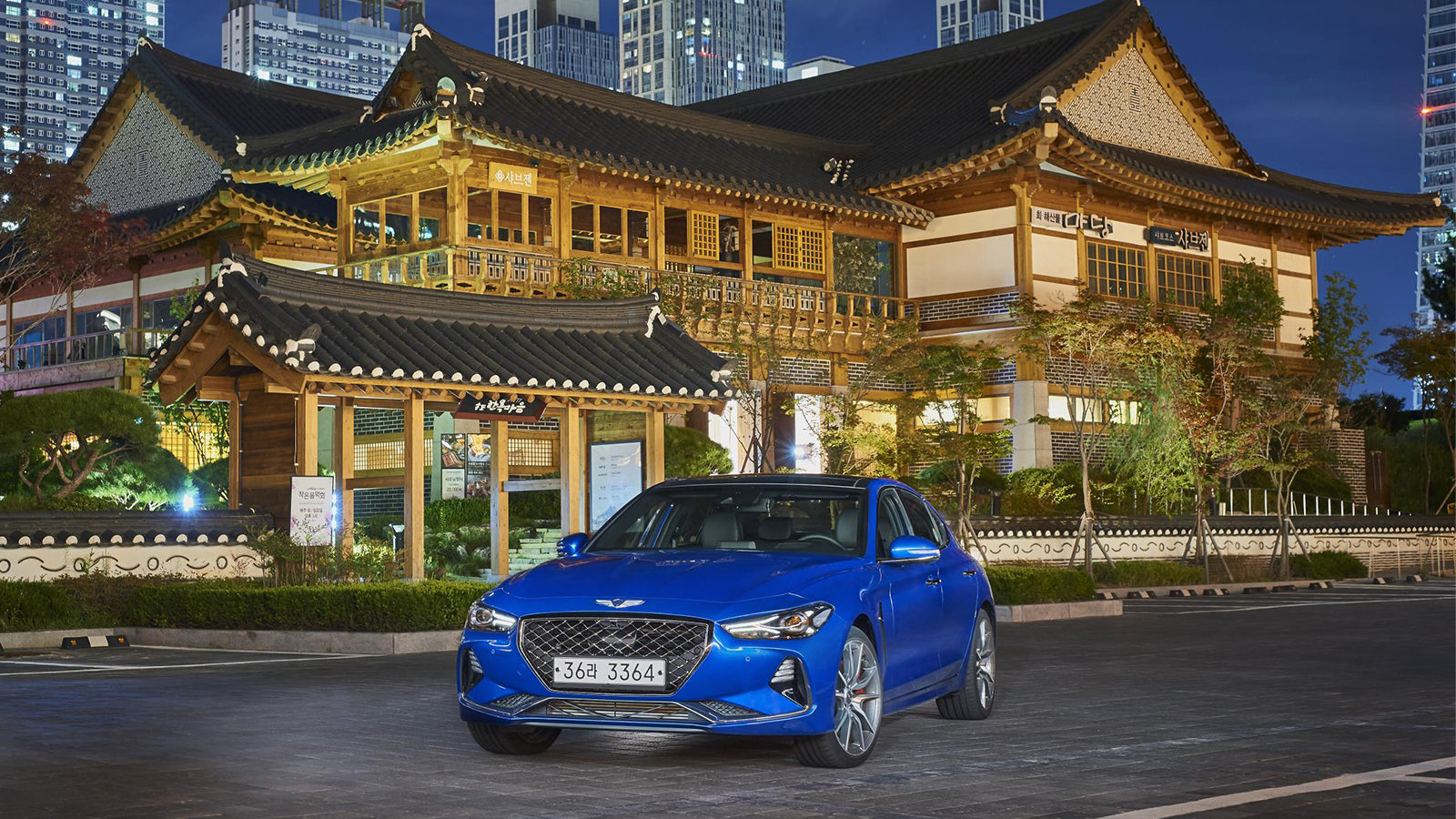 For people who buy their prestige cars based on the badge and brand, without doing homework or a proper test drive, the Genesis G70 will be a non-starter.

That attitude is reflected in very slow sales for the first true prestige brand from Korea.

Genesis is struggling for traction despite sitting alongside and above Hyundai, just as Lexus was also a slow burn in 1989 as it landed as the upscale spin-off from Toyota.

Yet the all-new compact Genesis is a very good car and worth a look from $59,300, although prices and performance also rise right through to the $79,950 showroom sticker on the fully-loaded G70 with a twin-turbo V6 engine.

The G70 is a clean-screen car from Genesis, although there are undeniable parallels with the Kia Stinger.

The turbo V6 engine is shared between the two cars, along with the basic chassis package, but the Genesis is shorter and sharper and a four-door sedan against the five-door hatch layout of the Kia.

Genesis is a passion project for Hyundai, and the G70 is a car that is light years ahead of the pudgy G80 that introduced the badge – but not the brand to Australia.

The G80 did best with hire car drivers, who loved the price-warranty-service package, but the G70 is different.

It’s a sports sedan that is intended to win buyers to a start-up brand, and the all-round deal is much like the early 3 Series cars from BMW.

The Genesis plan is a smart one, as the G70 sits in the same size bracket as the best selling prestige cars in Australia, the Audi A4, BMW 3 Series and Mercedes-Benz’s C-Class. It’s looking to win new followers to the brand before they become older and crusty rusted-on buyers of BMWs and Benzes.

So the target is 20-something singles and 30-ish young families, something reflected in a mechanical package which focusses on a taut sports-sedan chassis, old-school rear-wheel drive, and sharp engines including the headliner 3.3 V6 that makes a solid 272 kiloWatts with 510 Newton-metres of torque.

Genesis is looking for people who are also keen on value, something it will emphasise later this year when the all-new GV80 arrives from South Korea as the brand’s first SUV, although the quality is well above anything with a Hyundai badge. The management at Genesis is so focussed on creating separation from Hyundai that there is not a single H badge anywhere on the G70.

Talking of the badge, some people who turn their heads to the G70 are confused by a winged mascot that looks a lot like a Bentley badge. Smart marketing, perhaps.

But there is only one Genesis showroom in Australia, a non-traditional site that looks more like an art gallery in the Pitt Street mall in Sydney. For Genesis to do better than a handful of sales each month it will have to expand into traditional showrooms to get the cars in front of potential buyers.

Looking at the car itself, the packaging of the G70 is tight, particularly in the back seat and boot, so it’s not a hauler for a full family. It works best as a 2+2 that can carry a pram with its 60:40 split folding rear seat. Anyone with children older than 10 will be looking somewhere else for their next car.

The Genesis drives tight, has solid performance – and it’s really quick with the front-line V6 making 272 kiloWatts and 510 Newton-metres – but can also run light on fuel thanks to an eight-speed automatic. The basic four-cylinder engine is good enough for most people, but beware as the turbo motor demands premium unleaded and that can be a nasty surprise.

The G70 package varies depending on the model, as there are six trim levels and those two engines.

The review car is a fully-loaded Ultimate Sport Auto, which means the price is creeping over $80,000 with on-road costs, but it’s still good value against the Big Three from the German brands.

It has all the latest safety systems, with a big central infotainment screen and a welcome head-up display that keeps the speedometer front-and-centre during long-distance travel.

The seats are comfy, despite one front-seat passenger complaining about a lumpy base, the aircon is great, it’s quiet and easy to drive.

The cornering balance is really good, up in the BMW class, with excellent damping thanks to local suspension tuning work. You can really lean on the outside-front tyre in curves, knowing that the back end will stay put unless you get really silly with the power.

The gearbox is suitably slick, there are the usual driving modes, and classy alloy flappy paddles.

Everything is well finished and it has a touch of class, while a solid investigation proved that the Genesis team has managed to eliminate every sign of the Hyundai connection, right down to the smallest stickers and stampings.

So the G70 is a very good car, enjoyable to drive, and really only takes a hit in the back seat and boot.

The big question, now, is how Hyundai can get more people interested in Genesis and boost sales before it goes the way of Infiniti, which withered and died after more than a decade of unfulfilled promises by its parent, Nissan.