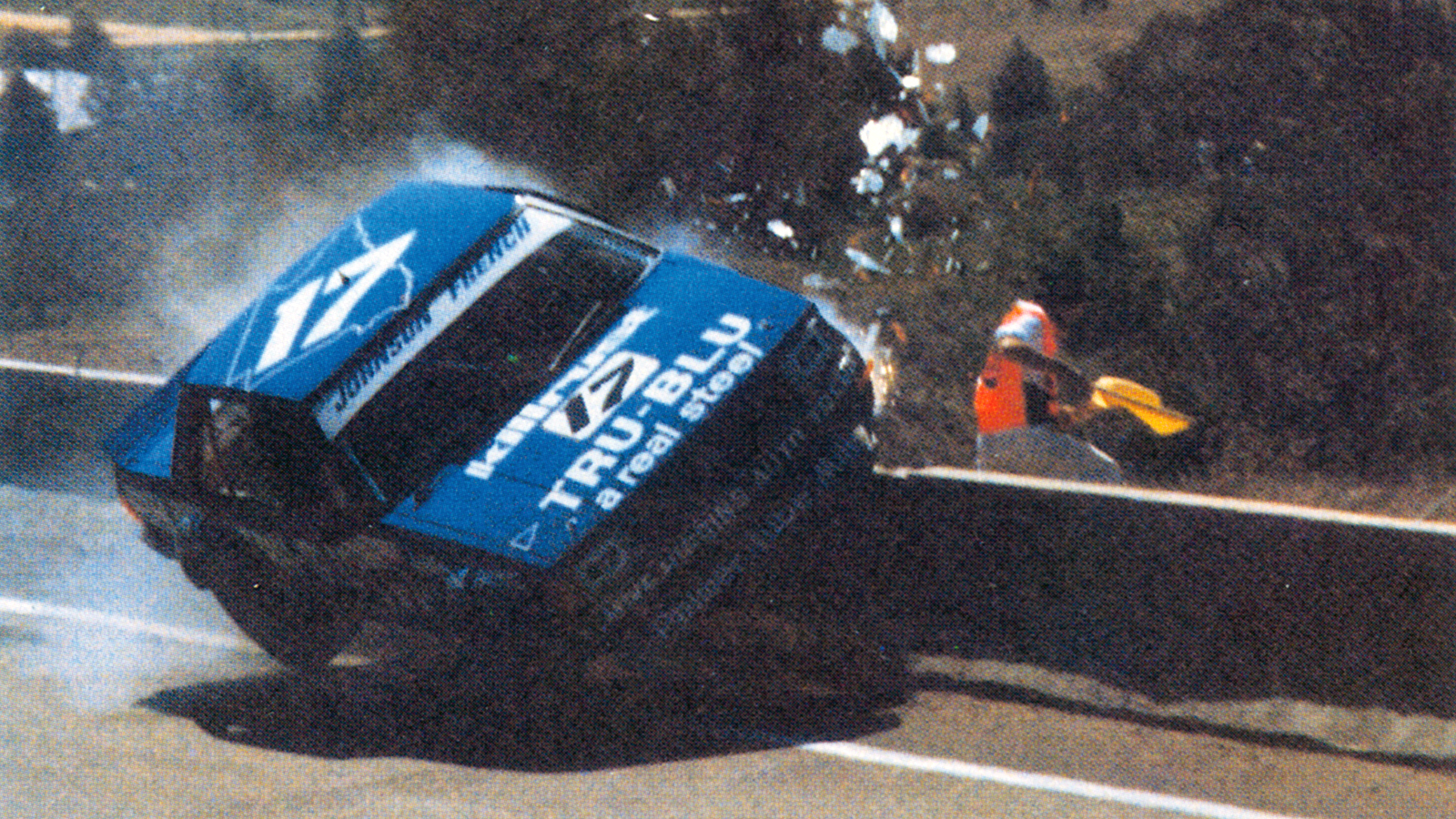 Every year the Bathurst 1000 produces a fresh set of hard-luck stories, as drivers and teams rack-up a new set of missed opportunities for Great Race success.

While motorsport moves on quickly, some Bathurst heartbreaks are so dramatic they have become key pieces of the event’s folklore.

Every top-line driver has their own horror story, but Race News has picked the Top Five heartbreaks at Bathurst.

The Ford-versus-Holden battle for Bathurst glory raged in the early 1970s, when the ‘Win on Sunday, sell on Monday’ philosophy was converting chequered flags into showroom conquests.

Holden’s young new star Peter Brock had defeated Ford’s spearhead Allan Moffat in 1972, using his nimble Torana XU-1 to ambush his nemesis and his thundering Falcon GTHO, but his hopes of a double-up in ’73 were effectively dashed when his HDT XU-1 ran out of fuel at the end of co-driver Doug Chivas’ driving stint.

Chivas was not young and his valiant struggle to push the dead car uphill on the original Mount Panorama pitlane while being urged on by his mechanics, before being hurled aside by a frustrated and focused Brock, made for unforgettable television images.

“It was just one of those things, a little miscalculation or a little bit of over-optimism of what sort of fuel consumption we had hoped to get and it was just half a lap too much,” said Chivas at the time.

“As it subsequently turned out there was no risk. We would have won it quite comfortably.”

Brock was in for more pain a year later – he was leading by four laps when his Torana L34’s engine let go – but no other Bathurst failure in the nine-time winner’s career had quite the human drama of 1973.

The Queenslander garage owner had poured his life savings into an XD Falcon and recruited his great mate John French to attack The Great Race in 1980.

It all looked good when the under-funded privateers starred in qualifying and then Johnson caused a sensation by leading the opening stages in a car that look perfect for Mount Panorama.

But on lap 18, as Johnson exited The Cutting on the left-handed climb, he was confronted by a rock on the track – believed to have been dislodged by a spectator – and a tilt truck recovering a stricken vehicle.

Johnson clipped the rock and then cannoned into the concrete wall, leaving his car – and seemingly career – shattered in pieces.

He was totally shattered as he fronted the Channel 7 cameras with the news that his career was done without $40,000 for a new Falcon.

“This was our big shot. We stuck every single bob into this,” a teary Johnson said.

Amazingly, his heartbreak was to be the making of Johnson’s career as fans pledged money through the event’s television broadcast to get a replacement XD on track for 1981.

When Edsel Ford called to announce that Ford Australia would match any donations in a dollar-for-dollar deal, Johnson was saved.

The following year he had a fresh XD and took the Australian Touring Car Championship and Bathurst double.

Glenn Seton had all the talent he needed to win The Great Race. But in 27 attempts he never stood at the top of the podium and some of his failures were typical of the heartbreak at Mount Panorama.

He came closest in 1995, leading easily until his Ford Falcon EF suffered an engine failure while leading with just nine laps to the final flag.

Seton fought back tears during a subsequent in-car interview for the television broadcast and there were similar scenes in the garage for his father Bo, who was the team’s engine builder.

Bo had won the race 30 years earlier and, as part of a pre-race publicity push, organisers offered Glenn the choice of the triumphant 1965 Ford Cortina or $30,000 in cash if he could win on the anniversary.

“We got so close, I just can’t believe it,” Seton told the broadcast as he sat in his stricken Falcon.

“It’s just heartbreaking, I tell you. To come this close, words can’t explain it, it really can’t.”

Adding to the emotion was uncertainty over the future of Seton’s team for 1996, as a ban on cigarette advertising ended his support from the Peter Jackson brand and created a major budget shortfall.

There was always pressure to perform when the Holden Racing Team arrived at Bathurst, but in 2006 it was lifted to another level.

Peter Brock’s death just a month before the race meant the factory Holden entries were carrying black tribute bonnets and a weight of expectation to score a victory in his honour.

Tom Walkinshaw’s touring car empire had meanwhile made a controversial decision to shuffle drivers between its HRT and HSV Dealer Team line-ups, meaning Todd Kelly was replaced by Garth Tander to maximise championship chances for the Commodore crews.

Skaife and Tander dominated the preliminary sessions, claimed pole positions, and sat on the grid as one of the shortest-priced favourites in race history.

But Skaife, a notoriously poor starter, had clutch trouble on the line and could barely crawl onto Mountain Straight in the middle of the pack.

He was hit from behind by youngster Jack Perkins and fired into the fence as both cars went out on the spot.

Perkins arrived at the HRT pit in tears to apologise, but Skaife admitted it had been his fault despite the massive let-down.

“I don’t think I ever wanted to win a race so badly in my life. It’s the most disappointing thing to ever happen in my career,” Skaife declared.

A practice crash put Whincup to the back of the grid for 2014, only two years after he had won The Great Race with Paul Dumbrell, who had stepped back from a main game drive to become one of the best co-drivers of his generation.

It was a chaotic race and a rollercoaster day for the Red Bull Commodore, as Whincup charged through the field to take the lead in a mesmerising first stint.

A clash with Todd Kelly then caused a spin, a puncture and a penalty, dropping the car off the lead lap before half-distance.

Remarkably, Whincup recovered to lead the race into the closing stages, but he was in a win-or-bust battle and ignored a series of increasingly urgent instructions from the pits to slow and save fuel. The car ran dry on the final lap.

Whincup crawled across the line in fifth as Dumbrell and the team watched on in disbelief.

While Whincup was defiant afterwards and defended his decision to go for the win rather than settle for a sure second, Triple Eight team owner Roland Dane did not hide his disappointment.

“[Whincup] has won a lot of races for us and he has now lost a race for us that is one of the biggest ones,” Dane said.

Whincup’s many victories undoubtedly make him an all-time great, but Bathurst disasters like 2014 will also form a key part of his legacy, such is the significance of heartbreak on the Mountain.