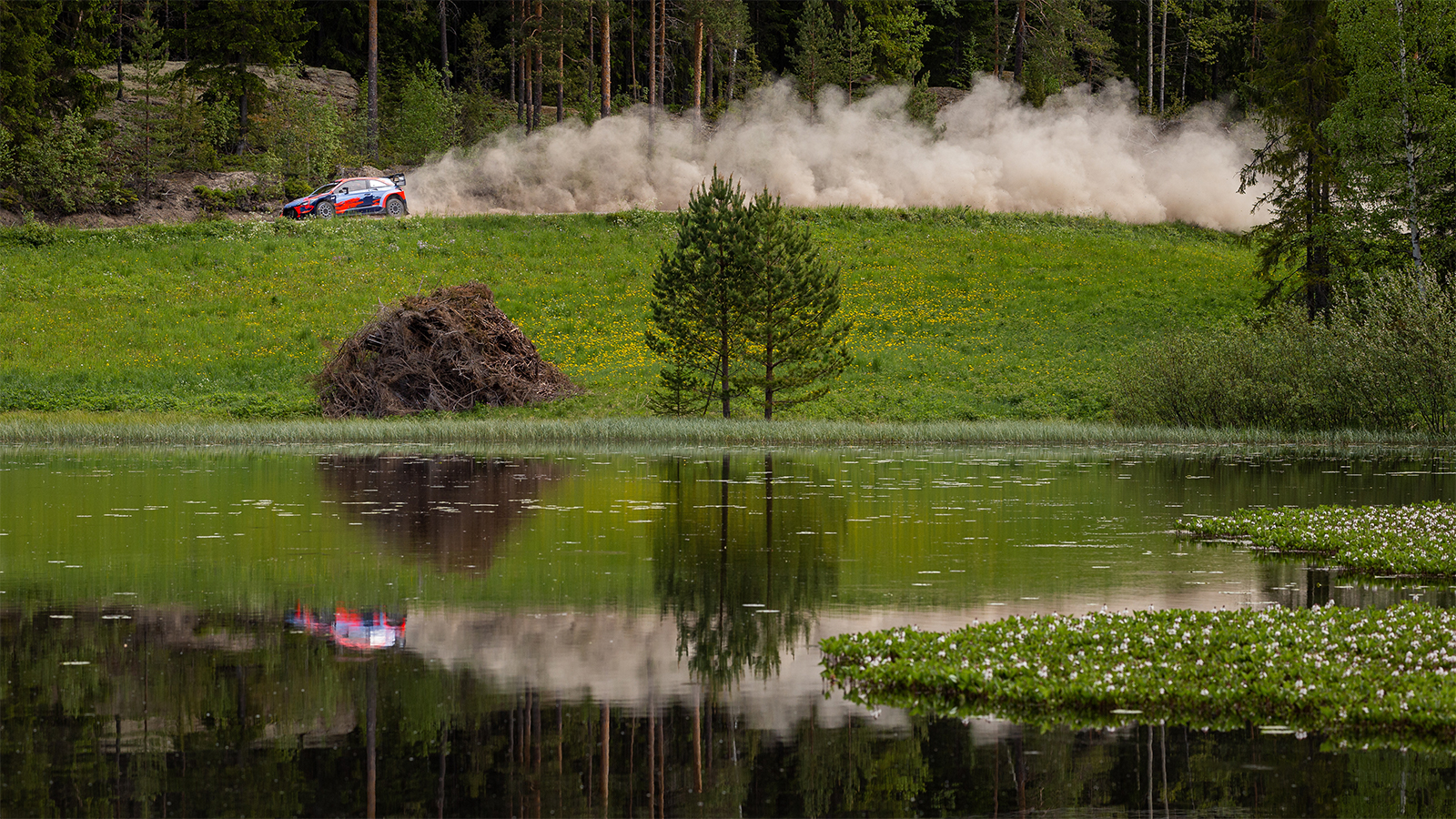 Motorsport is waking up fast in Europe as COVID-19 restrictions continue to ease.

Formula One, German touring car championship and World Rally teams are all back in action this week after the expiry of a blanket FIA ban on testing that expired on May 30.

Lewis Hamilton and Valtteri Bottas have cut shakedown laps for Mercedes F1, while BMW and Audi teams are running a monster multi-day at the Nurburgring.

But it hasn’t gone smoothly.

Thierry Neuville became the first casualty of testing, if you don’t count the World Rally Championship cancellations that now include Rally GB, during a private Hyundai test in Finland.

Neuville and his co-driver Nicolas Gilsoul were evaluating an updated aero package on their Hyundai i20 Coupe WRC at the start of a program that gave one day in the forest to the Belgian before his team-mate Ott Tanak got his crack.

But that was before Neuville made a costly mistake that severely damaged the car and meant an early return to base for the Hyundai WRC team.

“It was really enjoyable to be back behind the wheel, and getting back that special feeling of driving a WRC car. It was wonderful to get the adrenaline flowing again in Finland. It didn’t end in the way we wanted, as we hit a rock in a cut during the afternoon, which resulted in the car rolling quite a few times,” Neuville reports.

It was his second big crash in Finland, as he also rolled during the build-up to Rally Finland in 2015, and he also had the biggest crash in recent WRC history when he binned a car last year in Chile.

“Thankfully, we were OK but it was too complicated to repair the car so we had to stop the test early. The team is back to business after the lockdown period, and we know that we will be ready to resume testing at some point in the near future.”

Neuville is based on Monaco, the traditional motorsport tax haven, although the COVID-19 lockdown caused problems with his program.

“In March, all the gyms closed and we could only walk the dog twice a day. As I didn’t have a proper gym set-up, I was having to use my terrace to do some exercise to keep myself fit. For the past few weeks we’ve been able to train outside again.”

“I briefly considered getting cooking lessons from my girlfriend as I’m very bad at cooking, but I aborted that idea very quickly when I realised there was no pleasure in it for me and no willingness to improve.”

But he has emerged from lockdown to work in a family business.

“I have been helping my brother with our company in Belgium. This situation has not been easy for small companies like ours, and we were busy trying to predict the future and be prepared.

“We were recently able to hold a three-day event at a karting track in the south of France where we had several groups of people renting our cross karts. I also did some driving, but it was really just a bit of fun with my family.”

Despite the setback in Finland, and the uncertainty around the WRC program, Neuville reports he is ready to go.

“We’ve remained in close contact with the team over these past months, and we know that everyone is eager to get back to championship action. It was nice to feel that spirit again, even if we had to cut things short.”