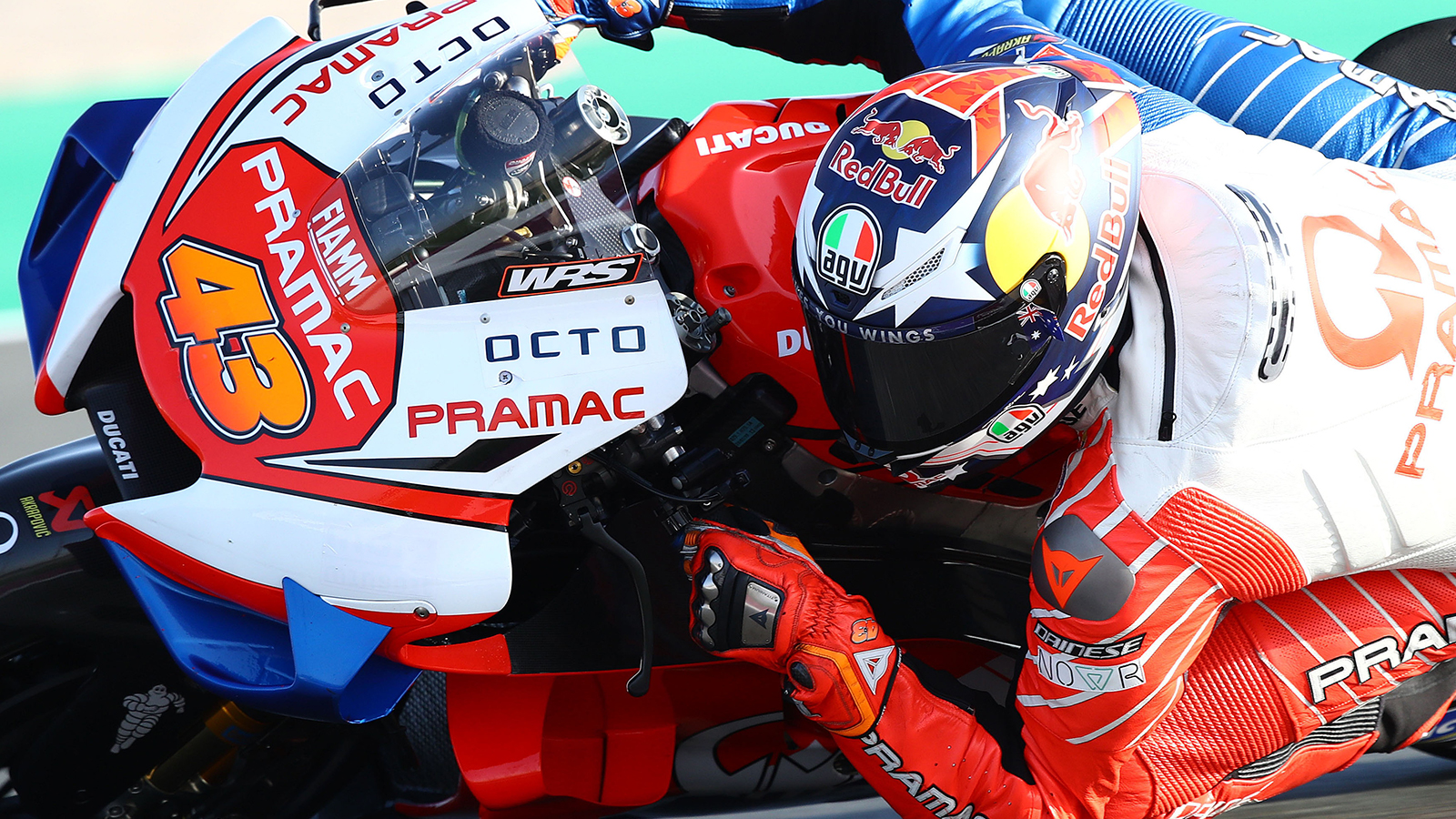 Jack Miller finally knows what he is doing in his final MotoGP season as a privateer.

As Australia’s new MotoGP hero winds up for a full factory Ducati ride in 2021, there is more certainty around the coming championship.

Racing will resume on July 17 and, in a similar pattern to Formula One, there will be back-to-back meetings to compact the season.

But the Australian Grand Prix is dead for 2020, like the Formula One race at Albert Park, although Miller understands the decision.

“It’s a massive shame to not be able to race at home this year, but I completely understand that in these uncertain and difficult times tough decisions have to be made,” he says.

“We’ll all be excited to get back there for 2021 and I’ll be doing everything I can to get back on that podium again.”

Miller’s signing to Ducati is the right move on both sides, according to fellow Aussie Casey Stoner, who won his first world championship with Ducati.

“I think Ducati have made the right choice. It’s fantastic that Jack has got his opportunity, he fully deserves it,” he says.

“I’m going to enjoy seeing what he can do next year. It’s going to be very interesting and I’m really happy for Jack and for Australia to have another guy on a factory bike.”

There is still uncertainty about plans for flyaway MotoGP races in the USA, Thailand and Malaysia, but series chief Carmelo Ezpeleta has confirmed 13 races with the vast majority at the various circuits in Spain.

“It has been hard work from our side and from the side of the promoters, finally we obtained these possibilities,” Ezpeleta says.

“We thought, when we ran into the problem of the pandemic, we realised we can do 13 races and then if it’s possible to go outside Europe it will be interesting.

“The races outside Europe need to be confirmed before the end of July, then also our agreement with the manufacturers and with the teams is to finish the Championship no later than the 13th of December, that means we need to decide which of the races to do, if all of them are possible, and we will decide which races we will have outside Europe.”

MotoGP is hopeful that it will be able to race outside of Europe towards the end of the year, perhaps with a grand final in Malaysia, but Ezpeleta is not making any promises.

“We will see. It’s a possibility, but all the races outside of Europe are pending and we don’t know exactly. If there are no races outside Europe then the Championship will finish like every year in Valencia, if not it depends which races are able to do it but Malaysia is one possibility, yes.”