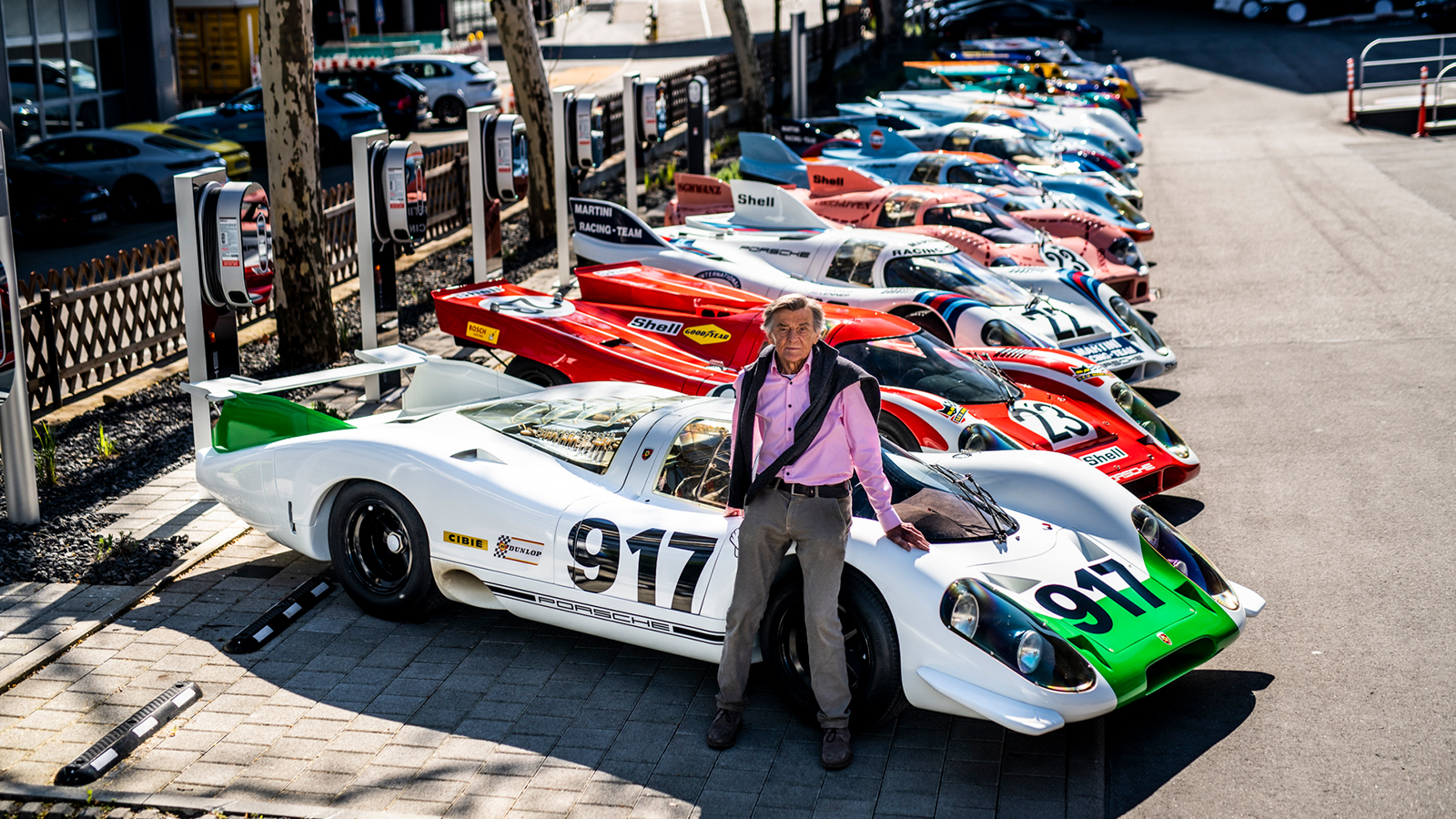 Hans Mezger was a familiar face in the Porsche pits around the world for more than 50 years.

The man responsible for many of the company’s most-iconic engines, including the TAG-badged turbo that won the Formula One world championship in the back of Niki Lauda and Alain Prost’s McLarens, has died at 90.

Mezger’s back catalogue starts with the road-going flat-six which powered the iconic 911 sports cars from the 1960s and ramps up to the complete 917 Le Mans sports car and even the unsuccessful V12 which failed miserably in F1 in the 1990s.

Born near Stuttgart at the end of 1929, he narrowly missed a military call-up at 15 in the final days of World War II before graduating with a degree in mechanical engineering from the University of Stuttgart in 1956.

He won a place at Porsche, initially only working on diesel engines in the Experimental Department at Zuffenhausen.

“Until then, I didn’t even know that Porsche had such a thing. But I envisioned working on sports cars. I wanted to join Porsche because the Type 356 sports car inspired me,” Mezger recalled.

He was soon involved in the development of the company’s Formula 2 racing engines and then in the design of the 1.5-litre Porsche flat-eight Formula 1 engine that was raced by Dan Gurney and Jo Bonnier in 1962 in the back of the Type 804. It scored one win, at the French Grand Prix with Gurney, before Porsche withdrew from F1 at the end of the year.

Although the F1 project was short-lived, Ferdinand Porsche decided afterwards to create a motorsport division at Porsche and Mezger was put in charge.

“Sometimes we also worked around the clock,” he said.

He did it again in 1971 with the landmark Porsche 917, which Mezger developed all the way to the brutal 917-30 that effectively killed the CanAm series in the USA.

Porsche motorsport was being led at the time by Ferdinand Piech, who was known for his micro-management style – the 917 had a balsa-wood gear-knob to save weight – and went on to eventually lead the whole Volkswagen Group in the 21st century.

In 1972 the company went public and was reorganised, but Mezger remained in charge of racing engine design at the new technical base in Weissach and in the years that followed Porsche was a dominant force in sports car racing with the 935 using turbo power.

In the autumn of 1981 the company was approached by McLaren’s Ron Dennis and asked to build a turbocharged Formula 1 engine, funded by the TAG investment company owned by Mansour Ojjeh and known as the TAG-Porsche.

Mezger did the job with a beautiful 1.5-litre V6 engine with an 80-degree bank angle, which would eventually produce more than 1000 horsepower (745 kiloWatts) in qualifying trim.

“This was a resounding success and also the most significant development contract for Porsche from an external company.”

This was a spectacularly successful engine which enabled McLaren to win 25 races and the Formula 1 World Championships in 1984-85-86.

At the same time, Porsche enjoyed great success with the 956 and 962 models, which dominated at Le Mans and in sports car racing around the world. Several still compete in Australia in historic races.

In 1987 Porsche announced plans to compete in CART racing but it was not a huge success and the program ended in 1990.

So Mezger and his engineers then designed a new V12 Formula 1 engine which, it was announced, would be available to anyone who had the money necessary. Footwork boss Wataru Ohashi agreed to pay but the engine was a complete disaster and it was quickly abandoned.

But Mezger’s legacy is safe thanks with Porsche, as it hosted his 90th birthday party and he still owned a 911 Carrera 3.0 in Grand Prix white – a coveted Porsche classic which had ‘his’ engine.