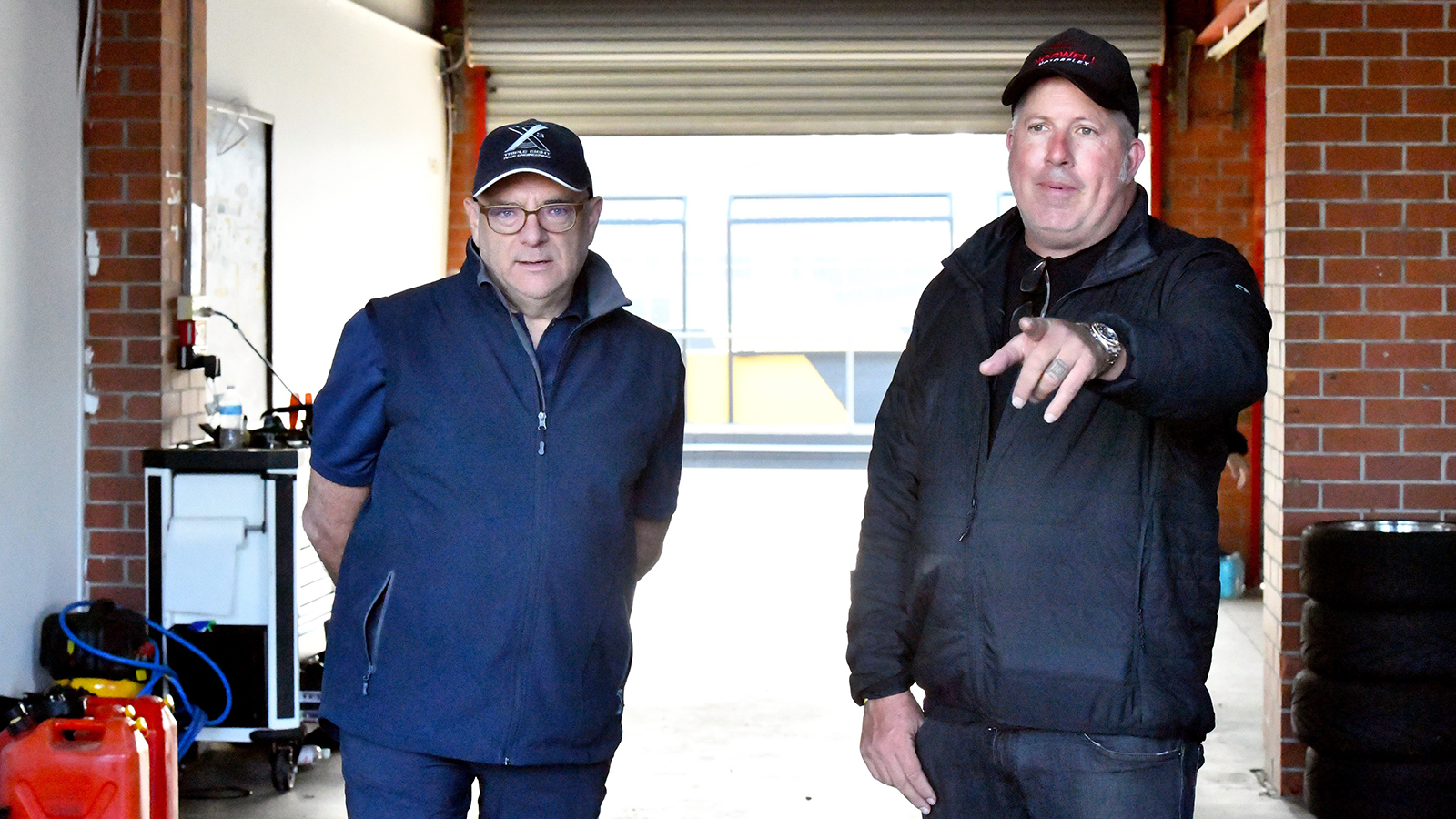 Supercars are still mothballed but the youngsters were happy to jump into a Hyundai Excel for an easy run to victory in the one-hour event at SMP.

De Pasquale started from pole and was the early leader, but spent most of his stint behind the Safety Car thanks to incidents, then handed the Excel to bring it home with a 19-second margin over Excel regular Jeremy Hodges and Michael Clemente, a Victorian who is graduating to the TCR Australia series this year.

The rest of the outlaws were not as successful, as Nash Morris broke the steering in his Excel after an incident, while the gearshift broke in his father’s Nissan Pulsar, and Brodie Kosteki also failed to star.

The wild bunch were all smiles after the one-day meeting, despite the long haul from the Gold Coast to Sydney and back.

“It was awesome just to get back and race,” Paul Morris tells Race News.

“For us, it was important we were there to be at the first meeting. To support the meeting.”

He says the one-day meeting, organised by the Australian Auto Sport Alliance as Round 4 of the Motor Racing Australia, was slick and enjoyable.

“It was a well-run race meeting. Simple and easy to get in, they had all the COVID-19 stuff. The drivers’ briefing was online and all the garages were space.

“The Excels were done by 10am, so most people did their qualifying and left.

“There were four categories. Big fields. Hundreds of cars.”

Apart from the de Pasquale-Feeney win, there were victories for Josh Craig and Tim Colombrita in Pulsars, Kurt Macready and Michael King in Improved Production, with Andy Harris, Tim Herring and Ryan Gorton scoring Mazdas.

Although the outlaws got the big win, Morris says they were welcomed by the locals.

“Everyone was happy to see us there. It was great to be racing again.”

Dane, too, was smiling after the rapid-fire raid on SMP.

“I was the chief hanger-oner. I was Nash Morris’s bag carrier,” Dane jokes.

“I enjoyed it. Everyone was happy to see us there. There were more selfies than Tinder.

“It was good club-level racing. Straightforward.

“Go out, go round, come back or crash. We had one of each in the Excel race.

Ironically, and despite his up-to-date experience at SMP, Dane will not be in the pits when his Red Bull Holden Racing Team rolls out for the resumption of the Supercars championship.

He will be keeping a close eye on the action but says the reduced Triple Eight squad know how to get the job done.

“They don’t need me. They’ll be fine without me,” he says.