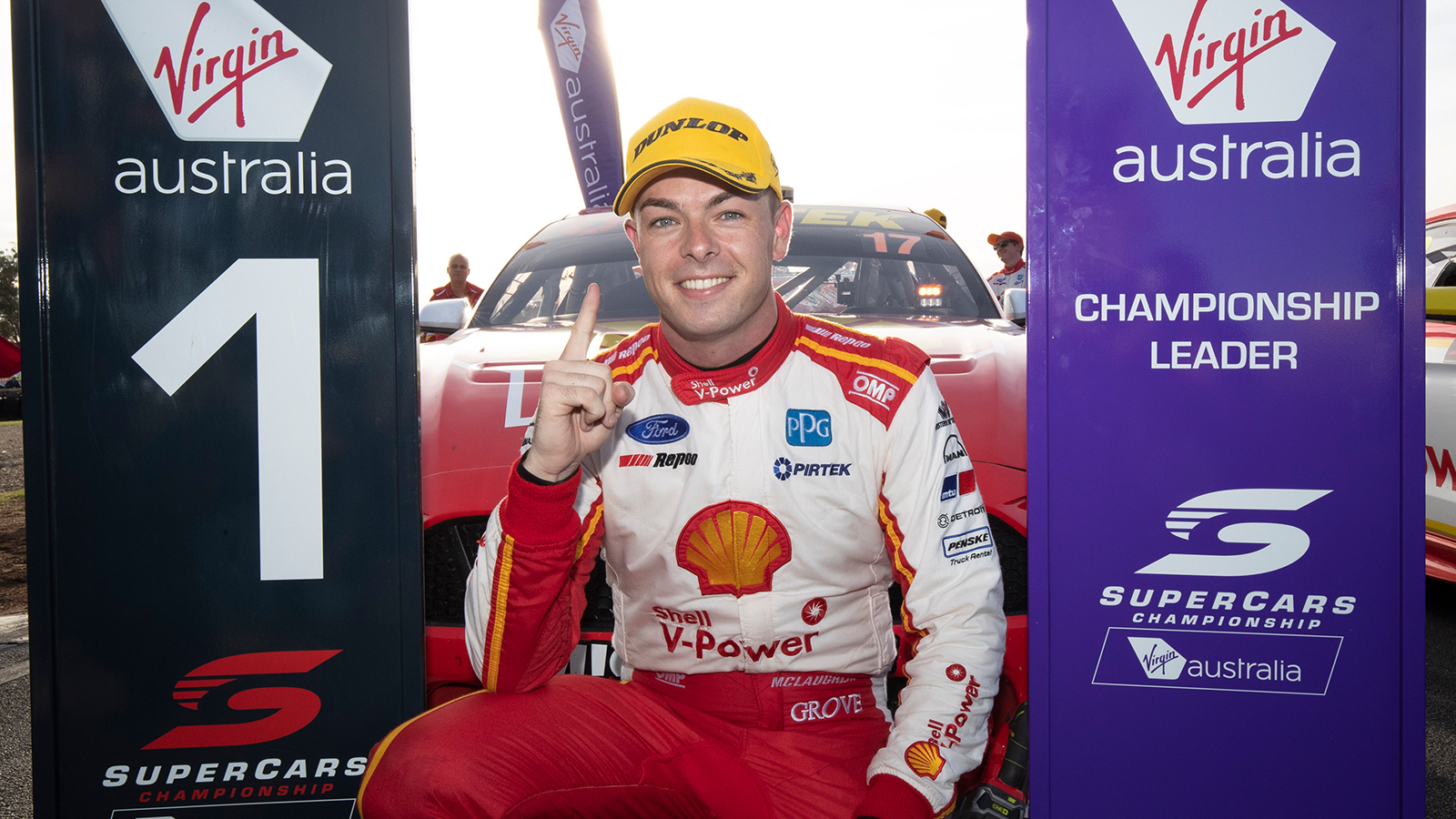 A slimline Scott McLaughlin will emerge from COVID-19 lockdown at Sydney Motorsport Park on Friday.

The two-time Supercars champion has never been lighter or fitter as he returns to racing.

McLaughlin has trimmed close to 15 kilograms from his racing weight and massively boosted his fitness during the enforced break from racing.

“I guess that’s what happens when you’re a bit focussed. I’ve had a good run. This has been a good period for me,” McLaughlin reveals to Race News.

McLaughlin’s effort is the most dramatic weight loss at DJR since Steven Johnson was at his peak in the number 17 Ford.

The trigger for his Jenny Craig performance was his planned move to IndyCar racing in the USA and his first track test at Sebring.

Team Penske crew members warned the young Kiwi that he need to lose weight to ensure his competitiveness in IndyCar, even translating each kilo he was carrying into a lap-time penalty.

“I basically had to lose some weight, but it wasn’t huge. I probably had to lose 10 pounds at least, which is around 4.5 kilos,” McLaughlin says.

Apart from eating better and lifting the frequency and intensity of his training sessions, he also adopted one of the newest weight-loss programs.

“I’m doing intermittent fasting. Sometimes things work for people and it works for me.

“Anyway, I was never one who liked breakfast.”

He and his new wife Karly have taken a joint approach to the fitness program from their lockdown base in Brisbane.

“Karly and me are pushing each other along. Going hiking and things.

“I’ve also upped my training a lot. Six days a week, doing something every day. Even when I play golf now I walk the course, instead of getting in a kart.”

McLaughlin is not promising a noticeable improvement in his Supercars speed but says he feels even fitter than his early Supercars races in a Volvo with Garry Rogers Motorsport.

“I don’t think it will make me drive faster or anything. But I feel a bit more athletic. I feel strong as well.”

And he has another impressive set of numbers.

“My body-fat percentage is about 12 per cent, and I used to be like 18. That’s from the start of the year as well.”

But one thing that’s not changing is his Shell V-Power race suit.

He admits the tailor-made suit for 2020 was made using 2017 measurements, which didn’t match his pre-COVID shape.

“I put my suit on the day day and it used to be tight. I was 82 kilos at the start of 2017 and we used the same measurements.

“It should fit pretty good now. And I like a baggy suit.”

With weight and fitness on his side, McLaughlin also reports that DJR Team Penske has used the enforced break for racing to do some tweaking of his Ford Mustang.

“I’m actually really, really excited for the weekend. I don’t know where we are going to be,” he says.

“But I think we’ve made some gains in some areas. The break probably came at the right time for us.”

The bottom line for McLaughlin at Sydney Motorsport Park is a simple as it gets.

“I’m excited for the first flier. I want to do the fastest first flier. To have a crack and be back at full pace,” he says.