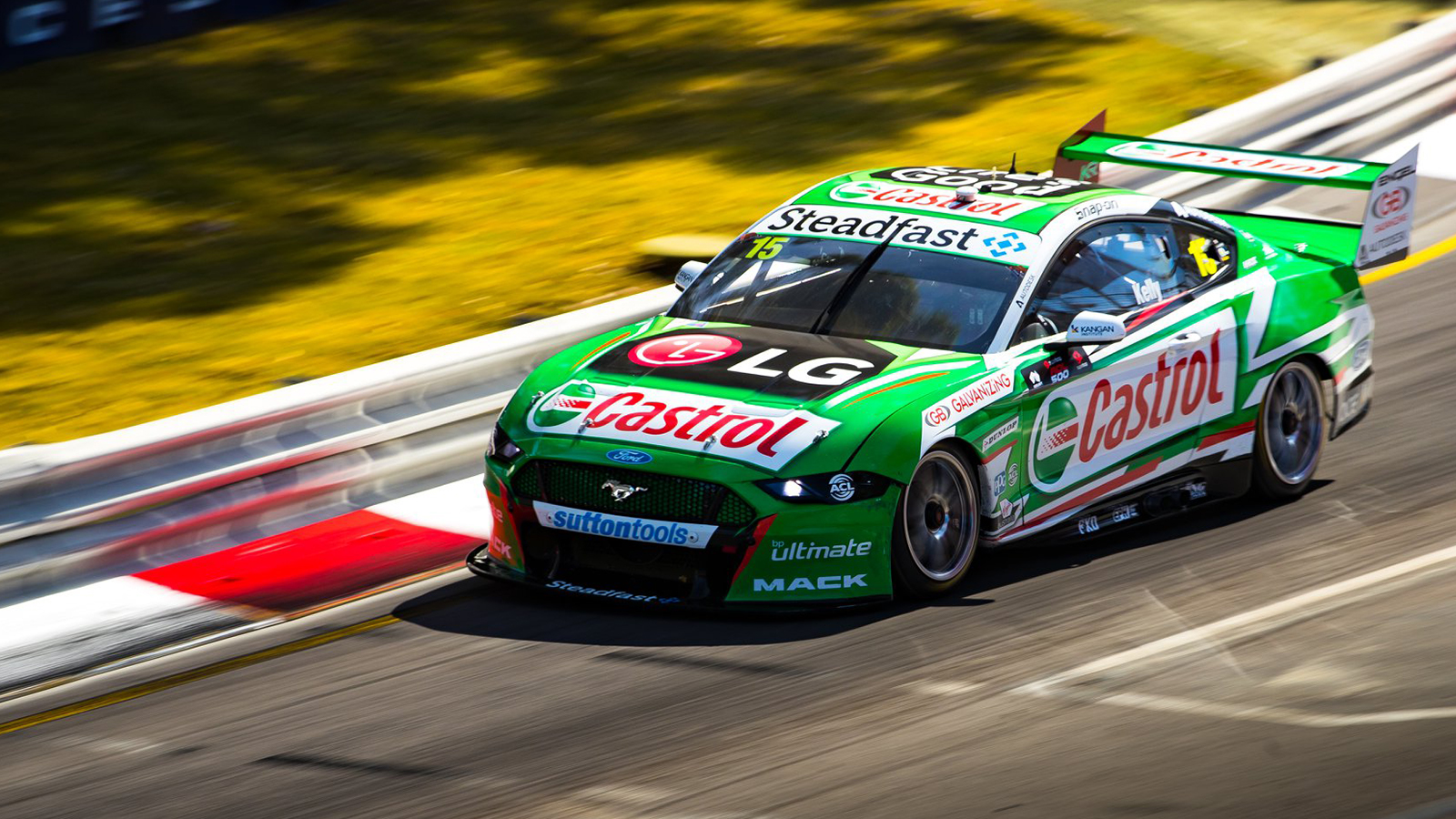 If you have $600,000 burning a hole in your wallet you could park a Lamborghini Huracan Performante, an Aston Martin DBS Superleggera, a Ferrari 488 GTB, a Porsche 911 Turbo S or a McLaren 720S in your garage.

Alternatively, you could have an entire grid of Toyota 86s or Australlia’s entire surviving population of Hyundai Excels.

Or you could have a single Supercar that looks somewhat similar to a Ford Mustang or the discontinued – and much maligned – ZB Holden Commodore.

As the Supercars fire up again this weekend at Sydney Motorsport Park, and the category looks ahead to more cost-effective Gen3 regulations, it’s time for an in-depth look at what it really costs for a race-ready new Mustang.

The core of the current Gen2 Supercar is a highly-regulated structure that was designed to eliminate any performance variation between makes and models, while being easier and cheaper to repair.

Teams then have to construct the chassis like a Lego kit, and the end result – including labour and other developments – is a basic skeleton that can cost upwards of $70,000.

To make it look like either a Mustang or Commodore requires a unique set of body panels – most of which are made from expensive composite materials – that cost around $80,000.

Finally, to set the cars apart and please sponsors, requires a livery design and set of stickers that costs $4000-$5000.

The 5-litre naturally-aspirated V8 engine is the most expensive element of a modern supercar, despite its relatively simple – and largely outdated in terms of its relevance to production road cars – pushrod design.

While the fundamental building blocks – the actual engine block and cylinder heads – are reasonably inexpensive, totalling approximately $12,000, creating a competitive Supercar powertrain will end up costing at least 10 times as much.

“The killer is the amount of R&D required,” says a leading team owner, explaining that the block needs to be machined and lightened, as does each cylinder head, while every team spends thousands of man hours on developing and then creating unique inlet manifolds, exhaust systems, sumps and ancillaries.

“And none of it makes an ounce of difference to the fans on the side of the track, or watching on TV,” he says.

Beyond the initial cost, Supercar engines also demand an expensive maintenance schedule with a full rebuild every 4000-5000 kilometres that costs at least $35,000. This includes new pistons and rings, rockers, lifters, valves, valve springs and valve seats and bearings.

Punching a 5-litre V8 to 7500 revs all day is hardly the poster child of efficiency.

Depending on the nature of the circuit, a Supercar drinks around 50 litres/100km – approximately ten times greater than a modern family hatchback – of Supercars’ control BP Ultimate unleaded, which the teams buy at around $2.50 per litre, around double the price at the local petrol pump.

All Gen2 Supercars have a rear-mounted six-speed sequential Xtrac transaxle that combines both the gearbox and differential in a single unit.

Although it sounds complex, these have generally proven to be reliable and robust.

Each transaxle costs around $35,000, while teams build their own propshafts and driveshafts.

There has been a lot of contention over suspension systems in recent years, with front-running teams investing millions in multi-spring coil-over systems and complex upright designs.

In 2020, Supercars moved to a control damper that reduced some of the costs, but has yet to impose stricter regulations on uprights – essentially the metal blocks that link the control arms and hold the brakes, wheels and tyres, and rear drive shafts.

Even still, the front suspension system on each car costs around $30,000 while the rear-end costs approximately $15,000.

Perhaps surprisingly, the least expensive items on a supercar are those that take the most punishment; the lightweight alloy wheels, Dunlop control tyres and the braking systems.

An individual 18-inch wheel costs $600-$700 and the tyres are provided by Dunlop at around $250 each, depending on the compound, tread and usage.

However, when you consider that each car requires at least three sets of wheels and tyres, and the brakes are replaced at least once for every race meeting, the total cost for consumable items quickly adds up.

In an era where data plays a vital role in performance, modern Supercars have enormous computing power and a huge array of associated sensors.

A MoTec engine control unit and dash alone costs around $20,000, and you can double that expense for the installation of a wiring harness and the sensors to run it all. That is, of course, without the added cost of the software licences and a megabyte of laptops for the hard-drive racers (engineers) in the garage to understand what the car is doing.

Finally, the nut behind the wheel has to control all of this, and be protected from the inherent danger of racing against 23 other maniacs at speeds up to 300km/h.

As such, the driver is cocooned in a carbon-fibre seat with a six-point safety harness, window nets and leg protection that, all-up, costs over $12,000.

They twirl a custom-made steering wheel that costs more than $3000 and they drive in a fireproof suit, boots, gloves and underwear, and have a full-face helmet with a compulsory HANS device, which can total another $10,000.

So, there you go. Six-hundred grand.

If you wonder why the majority of team owners are crying out for cost-effective changes while facing a COVID-inflicted economic downturn, the car count provides more than a million reasons before they even arrive at SMP this weekend.

And that is without considering the additional costs of their facilities, salaries, transport, travel, marketing, merchandise and entertainment.

So Supercars are expensive, even when they’re just a humble Holden or Ford.

GRM Could Return To Supercars

End Of An Era At Williams

Piastri Is The Champion

McLaughlin Indycar Is On

A new manufacturer will join the crack Triple Eight team for the Gen3 era of Supercars racing. The squad currently known as the Red... 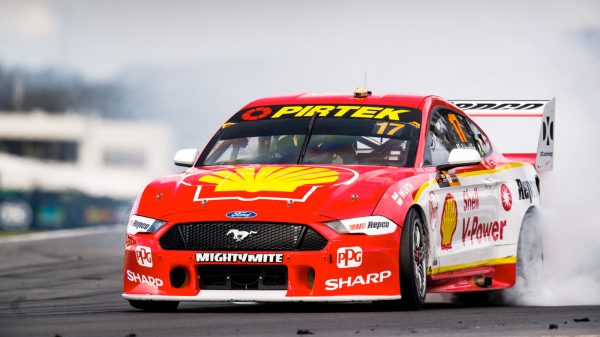 The future of DJR Team Penske should be decided by the end of October. Team Penske is about to begin its annual analysis of... 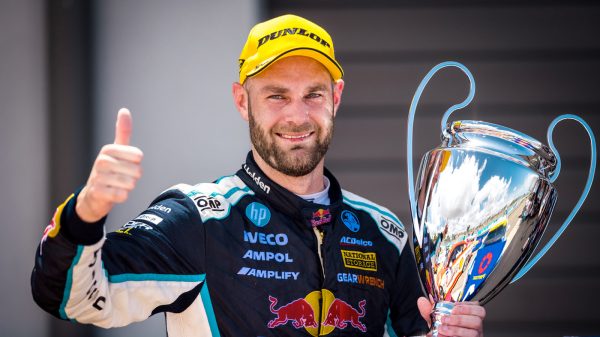 Celebrations have begun for one of the major milestones in the history of touring car racing in Australia. When Shane van Gisbergen crossed the... 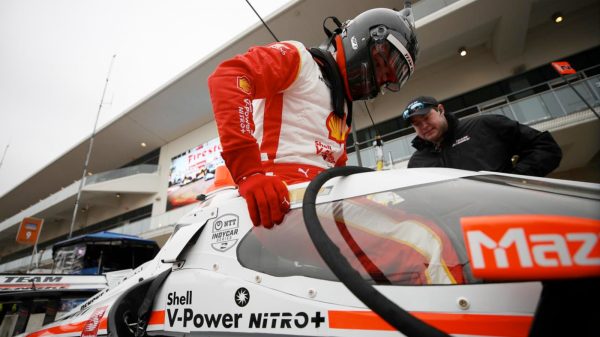 Team Penske is scrambling in the USA to get Scott McLaughlin on the grid for the final IndyCar race of 2020. There is still...