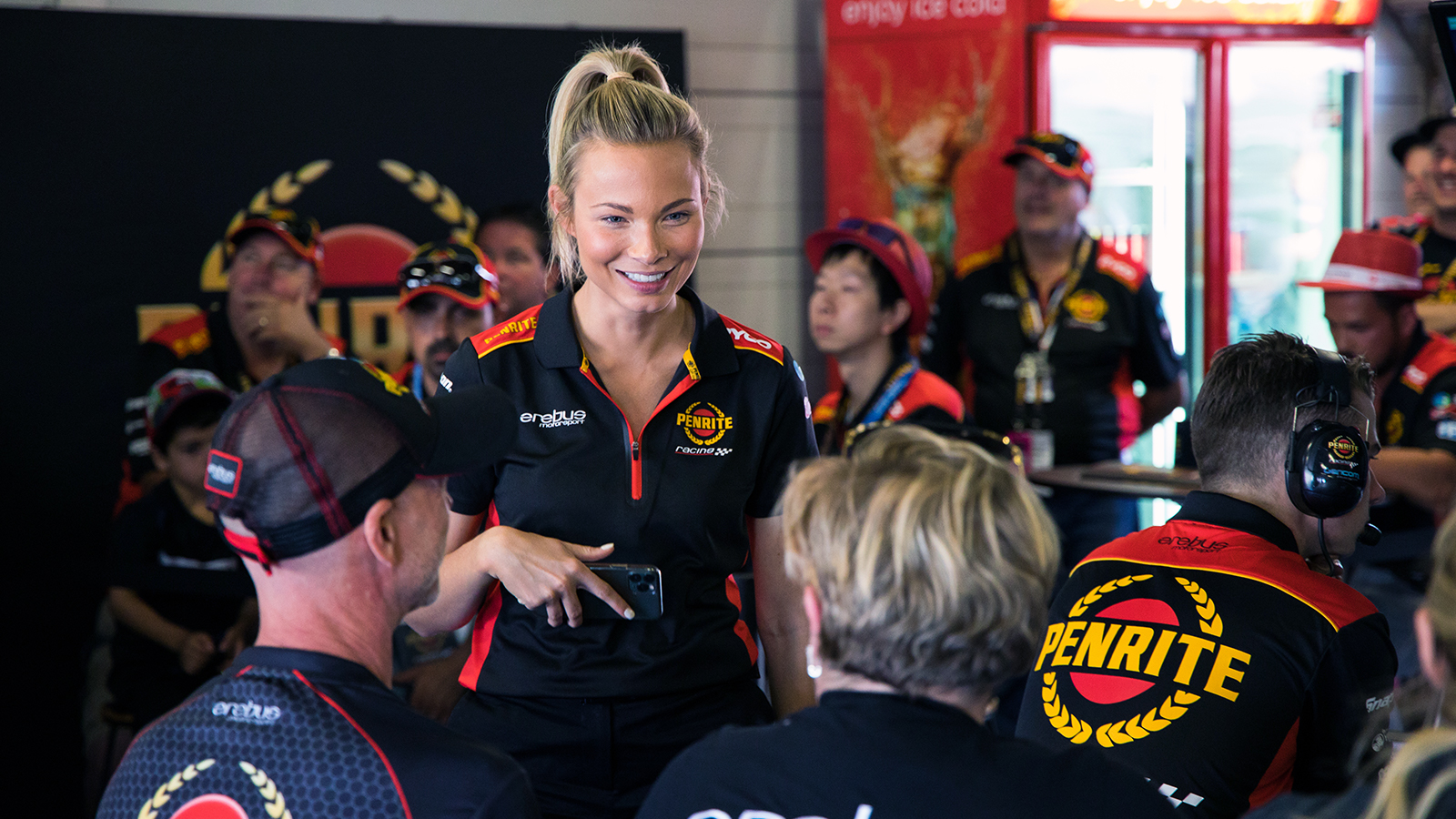 Shannen Kiely is smart and loyal and focused, but it’s an unequivocal sense of humility that defines the newly-appointed managing director of Erebus Motorsport.

Talking to Race News, Kiely says she feels incredibly lucky in life and admits that being interviewed is very new to her.

Thrust into the spotlight with the high-level promotion, Kiely arguably has one of the toughest jobs in pitlane.

Apart from leading her ‘family’ at Erebus Motorsport, there is also her life partner Scott Pye, who resides at the rival Supercars Team 18 of Charlie Schwerkolt.

It could create a conflict, but Kiely does not see it that way.

“We’re in this together. When I got the call from Betty [about the MD promotion], Scott was the biggest supporter I had. He was so happy for me” says Kiely.

“But, while we’re at the track, we’re there to work and we are 100 per cent there for our teams. It is completely separate.”

It was at the 2017 Bathurst 1000, when Erebus co-drivers David Reynolds and Luke Youlden claimed the race win, that Kiely was for the first time able to celebrate simultaneously when Pye came home second with Warren Luff.

“It was the only podium of his I have ever been to,” Kiely says.

When Pye scored his maiden race win at Albert Park in 2018 with Walkinshaw Andretti United, Kiely could only clap from pitlane like many others. Erebus branding and conflicting sponsors limited public displays of congratulations.

There are, however, myriad benefits of working in the same industry as your partner – in-sync travel schedules for starters according to Kiely, who spent around 85 days on the road in 2019.

“The big thing for us is to go out there, try really hard and hopefully bring home some results. Either way, let’s have fun doing it because we haven’t been able to do that for a long time.”

How does she feel about Pye racing in a high-risk sport?

“I was around racing a lot, long before I met Scott, so I suppose I was used to it.” says Kiely, whose mum and stepdad were also in the motorsport game.

Perhaps it’s the fact motorsport is in her blood that Kiely finds herself leading one of the most publicised Supercar teams of recent years.

More likely it’s because she has worked damn hard.

“When I first started at Erebus in 2016 we kind of referred to ourselves like this hillbilly team. At that time we weren’t performing on track.

“It was this brand-new team and a very young team. If you wanted to say we were a bit scrappy, we probably were,” reflects Kiely.

“The racing is about making the cars go fast and winning races but there’s the challenge of how you appear to sponsors, to the media, how to get sponsors and retain them. Having that commercial side all working, that’s been the biggest challenge over the last four years.”

Steadfast in her respect for co-owners Barry Ryan and Betty Klimenko, Kiely says she’s found her home at Erebus.

As for the nine-part Supercars mini-series, The Inside Line, which sometimes shone a light until unwanted places, she says it is only a snapshot of a much bigger Erebus picture.

“Barry looked like a madman at times, but you also didn’t see that he has a soft side as well. The man you saw in that series, Barry is not like that at all.”

This time, as the cameras return to Erebus for 2020, the coverage will go deeper into the members and personalities of the team.

“We have no regrets in doing it. As Betty always says, we have no skeletons.”

Kiely believes she brings good balance to the team of Ryan and Klimenko.

“I’ve often said we’re about quality over quantity. We’ve only got 25 people, not 60 like some other teams. It’s about having the right people… and hopefully I can be one of them.”

Females are front and centre at Erebus but motorsport and gender equality are relatively new bed mates and Kiely looks to Triple Eight co-owner Jessica Dane in particular for inspiration.

“I see us taking similar journeys. I look at Jess as someone who is a couple of years ahead of me . . . she started in motorsport before me in a similar role.”

Will Kiely find an equity stake in the world of Supercars, as Ryan did when he was rewarded by Klimenko?

She hasn’t thought that far ahead. But in a world outside of motorsport she’s confident her commercial skills would compliment many sporting codes… but she’s not going anywhere.