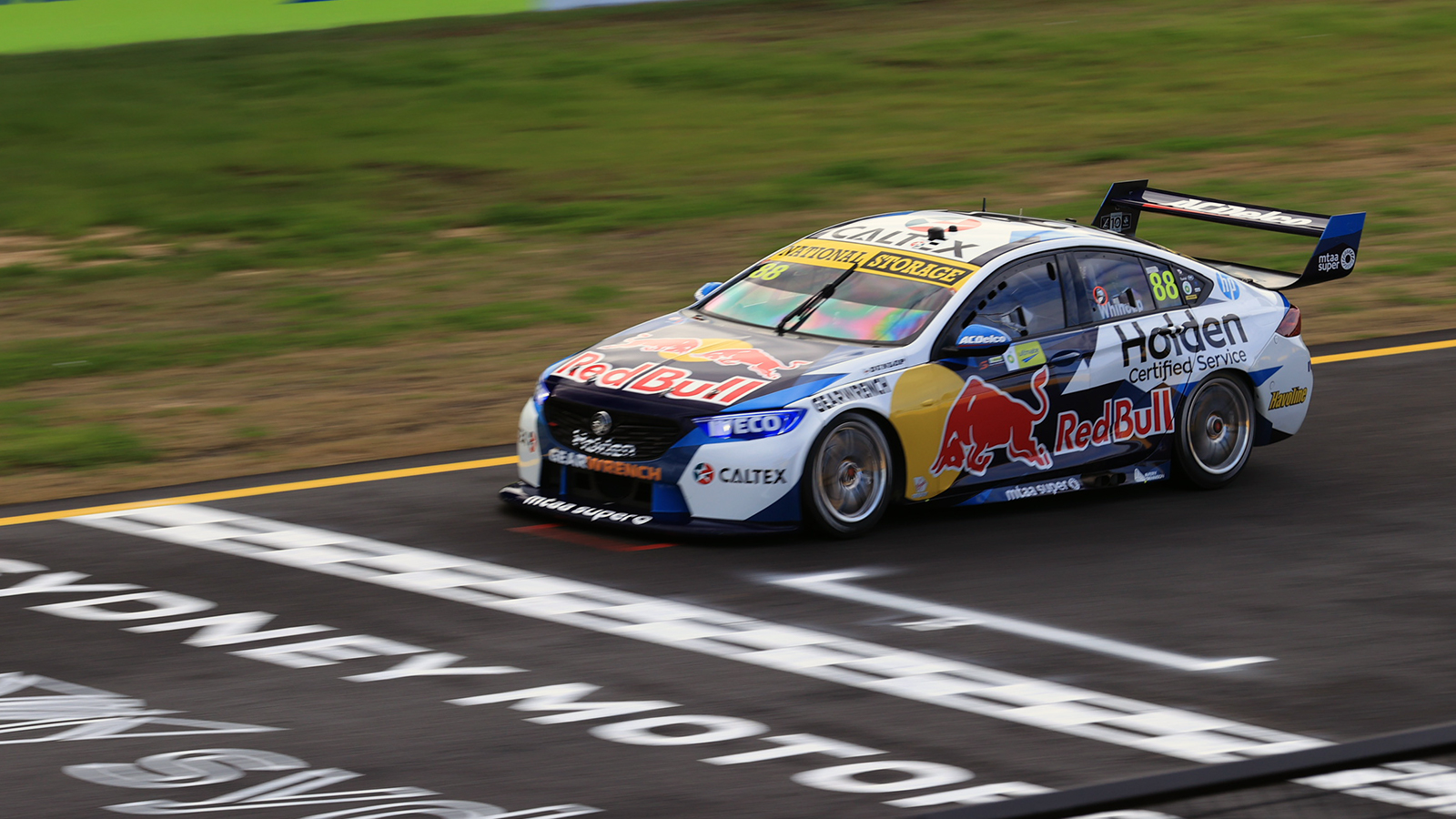 After 500 Supercars starts it would be totally understandable if Jamie Whincup took his foot off the gas.

Whincup did not become the GOAT – Greatest of All Times – without lifting his race game year-on-year and race-on-race.

Rolling up to Sydney Motorsport Park he was calm and relaxed, well prepared, and committed to the game plan at the Red Bull Holden Racing Team.

The 500-start landmark was there, lifting him into the ranks of the veterans, but it was a zero distraction for a bloke who says he will only look at his numbers once he has parked for the last time in Supercars.

Whincup maximised his advantages, minimised his disadvantages, and banked a landmark pole position and a pair of second-place finishes in Sydney that kept him second in the championship standings and ensured his points loss to Scott McLaughlin was as small as possible.

It was a totally professional effort and exactly what Whincup almost always delivers.

“He is the most focussed race-car driver I have ever dealt with,” says his team boss, Roland Dane.

“Jamie didn’t quite have enough car speed on the weekend. But he was consistent and got the maximum from the meeting.”

Dane knows what he has in Whincup, and has provided the platform for his seven championships and four Bathurst wins, but never gets carried away with unnecessary praise.

“The intelligence of the bloke is always obvious, but he showed it again as he battled Nick Percat in race 2. The BJR driver had not won for years, he was quicker, so he let him go.”

His rivals know, too.

“He is so good because he is OCD,” says David Reynolds, joking but actually highlighting a key difference between the pair.

Reynolds might see it as a weakness, but his need for order and control is a giant strength for Whincup and something that helped him through the return to racing at SMP.

“I really enjoyed the no-messing-around format which took me back to how we used to go racing,” says Whincup.

“Overall, it was a great weekend. Any weekend when you can get three podiums, you’re bound to come away happy.

“DC (David Cauchi, race engineer) did a great job this weekend constantly chipping away with the set-up and making the car faster every time we hit the track.”

That’s how Whincup rolls, and why he is already focussed on the next meeting at wintry Winton and beating McLaughlin and DJR Team Penske.

“Our efforts next week back at the workshop will be to try and find a little bit more pace out of the car so we can take it to the guys next door.”

But he also knows that he has a responsibility to the fans, even if he can appear cold and distant when he is working.

“While we missed the crowd and supporters this weekend, which we look forward to having back at the track as soon as we can,” Whincup says.

The best word now for Whincup, until he retires and earns a ‘legend’ tag, is evergreen. He manages to constantly reinvent and improve himself.

One of his sporting inspirations is Roger Federer, who is a tennis winning machine. It’s impossible to know if he is in front or behind from his attitude on the court, he is always focussed on the job, and he remains humble at all times.

The similarity with Whincup shows in his relationship with Shane van Gisbergen, who has arguably the best ‘racing brain’ in Supercars and a withering turn of speed. So the contrast is a bit like Federer and Rafael Nadal.

Whincup works harder and focusses as much on how not to lose as how to win.

“We’ll do our job. We’ll work with the tools we have and see what we can do,” he says after Sydney.

It’s an ominous warning for his rivals, as he appears re-energised after the enforced COVID-19 break and keen to battle for an eighth championship.

“He has grasped the key to this new format. He knows you need consistency over a weekend.

So, does Dane think Whincup can win the crown again?

“Undoubtedly he can,” he says bluntly.