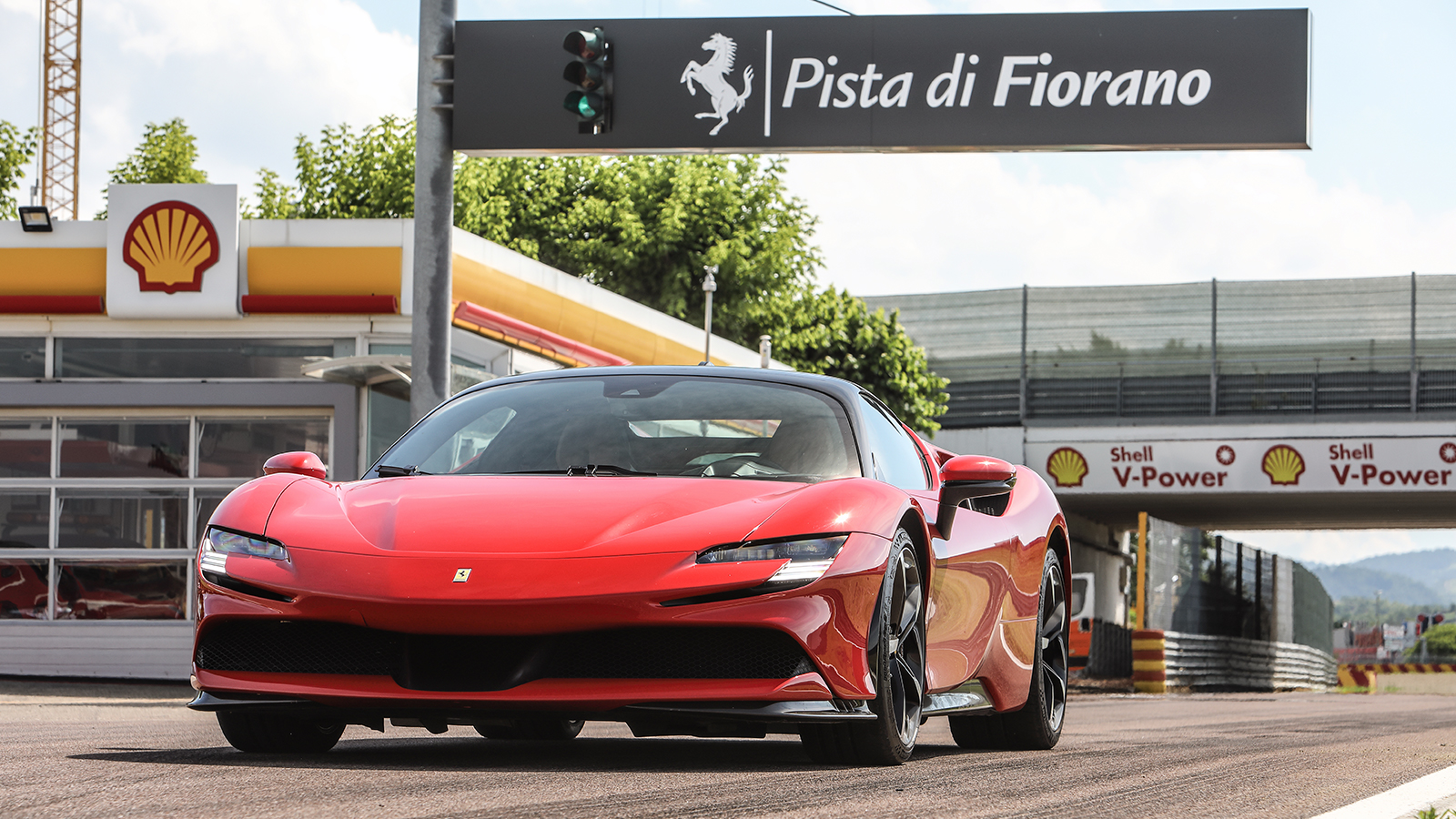 The SF90 is a physical challenge like nothing the Prancing Horse has previously built for the road.

But it’s a bipolar beast that can snap from wild and wicked to gentle, quiet and even (whisper it) front-wheel drive.

Select Wet mode and you could send your grandmother to bowls in it.

So the first Ferrari series plug-in hybrid is as multi-layered to drive as it is to understand.

It can turn from a strong electric car to a brutal monster that rips to 100km/h in 2.5 seconds, and has four motors – one petrol, three electric – to fling it down the road.

The grip and go gains unprecedented torque-vectoring capability thanks to a pair of 99 kiloWatt electric motors up front, with one for each wheel.

But Ferrari quotes the SF90 Stradale as its first production 1000-horsepower car – that’s 745 kiloWatts – because it adds 162kW from an axial-flux Yasa electric motor, just 72mm thick, jammed between the V8 and the car’s new eight-speed, dual-clutch transmission.

It has 25 kilometres of EV range but it all comes together in its faster modes, topping out in Qualifying.

There, the V8 engine is always running – in Race mode too – and what isn’t being used to twist the gearbox is being used to charge the battery, so it can be discharged more or less at the same time.

The effect is stunning and seamless.

The speed is obvious, crunching and mind blowing at the same time. It thunders and howls as it rips past 100km/h with every motor working in harmony, then the front motors fading out as the speed passes beyond 210km/h.

The real trick to the SF90 is its cornering ability. It rearranges the way you understand driving and makes you change your entire driving style.

There’s no longer a need to slightly rotate the Ferrari V8 as you turn it into a corner, even if that’s how they usually give their best.

You just point it and then the front electric motors surgically feed out torque inputs, or retardation, to ensure the car’s nose goes exactly where it was pointed.

It’s not a lairy, sliding machine, but it’s hairy chested in its own way – and that way is your belief in the grip the chassis and powertrain can give you.

It can’t be turned tempted into the glorious, oversteering odysseys the F8 Tributo and the 488 Pista love so much, because it seems focused on a more clinical maximisation of speed and grip.

It won’t even put on a show when you start it, like every other Ferrari ever built, because it defaults to EV mode. It drives away competently and calmly, with Ferrari not bothering to mask or enhance the sound of the front electric motors whirring under the nose.

It even uses a lot of EV power in the mixed Hybrid mode, too, and it’s sometimes a shock when the (loud) V8 wakes up to add its kiloWatts to either speed or the battery.

There are other new technologies besides the stunning powertrain, including a new curved 16-inch colour digital instrument cluster with very fiddly touchpad operating controls. There is, fortunately, also the Ciao voice-control system and a new active rear Gurney flap.

There’s also electric power steering and it’s now fully brake-by-wire, to get the best out of the regeneration capability as much as anything else.

Despite the ability to turn a corner into a grunt-fest, the SF90 is something that’s very, very rare in a Ferrari. It’s a brilliant all-rounder.