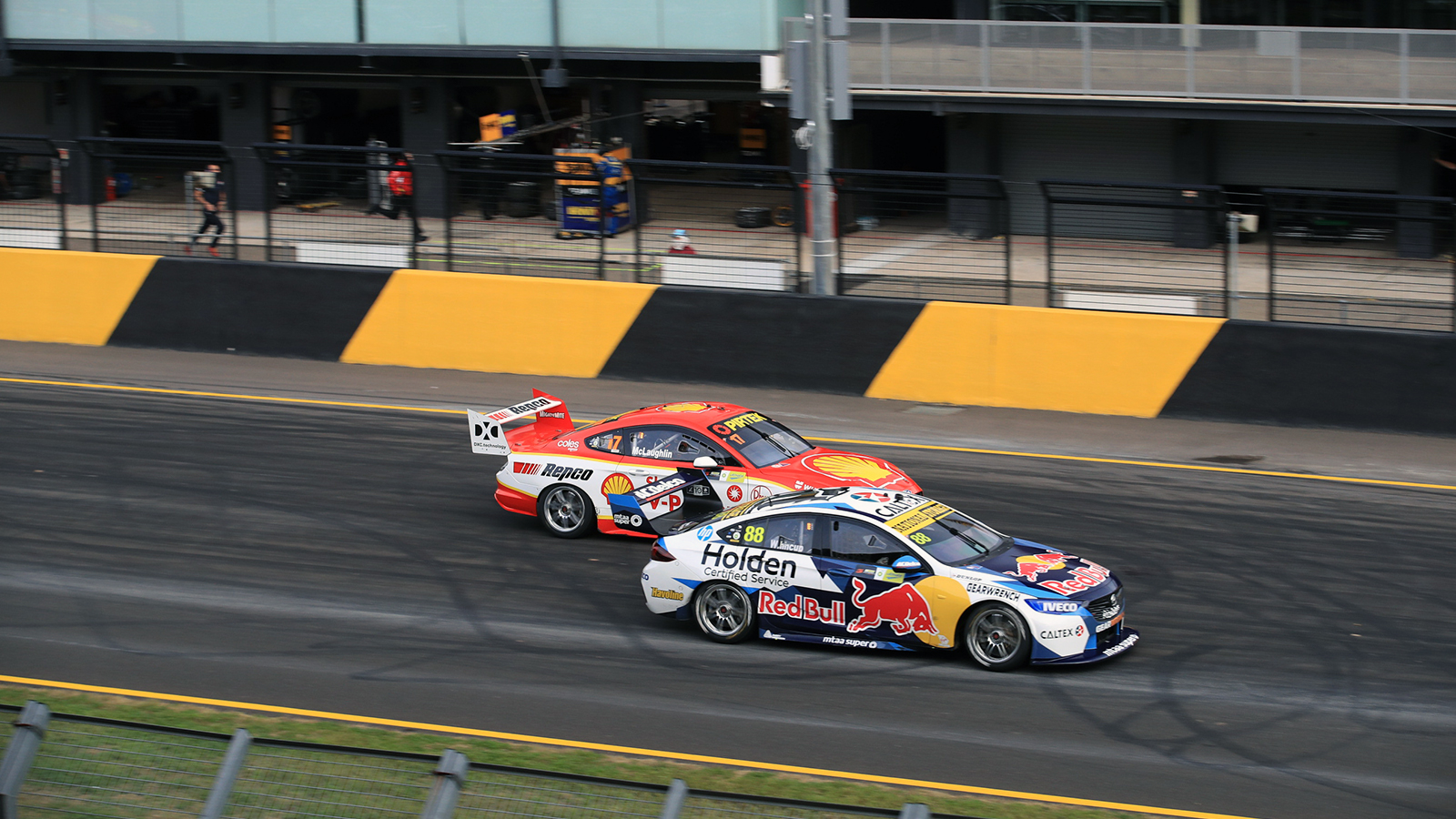 A tyre war is brewing as Supercars teams prepare to return to Sydney Motorsport Park for the next leg of the disrupted 2020 season.

There could be a seven-second mis-match between the fastest and slowest cars next time around, based on the best and worst lap times from the two different compounds of Dunlop slick tyres that will be provided for the meeting.

A near-new soft tyre with minimum laps will be worth 5-7 seconds against a heavily-worn hard-compound tyre, according to early analysis of the comparative performance of the rubber.

Brad Jones, whose team maximised their Dunlops at SMP1 when Nick Percat won the second of three sprints, believes some teams will have to choose between winning at SMP2 or building a bank of points towards the Supercars championship.

“You cannot do both with this tyre situation. Everyone will do something different.”

The loss of the Winton round in Victoria, at least for now, means there will be some significant changes for the return of racing at the NSW capital.

There will be a Saturday sprint under lights, some fans will be admitted, there will be two support categories, and Supercars teams will race on a very different allocation of Dunlop tyres.

Instead of the all-soft selection for SMP1, the Supercars Commission has settled on a combination of both soft and hard-compound Dunlop tyres for SMP2.

The allocation is two sets of soft tyres and three sets of hard tyres, with an extra set of soft-compound rubber that is only available for the two practice sessions.

There will still be three 100-kilometre sprints with a compulsory tyre stop, but teams cannot mix-and-match compounds in the 32-lap races.

For Jones, the revision to the rubber rules was unnecessary and he questions the potential loss of some of the competitiveness at SMP1.

He believes the top teams will struggle to win more than one race, forcing to choose between a go-for-broke attack or a less-aggressive run to three points placings.

“I would have used the same format as last time. I think we had amazing racing last time and I would have liked to have seen us stick with that format,” Jones says.

SMP2 will be held again on the traditional track layout, not the controversial short course that eliminates the Corporate Hill loop in favour of a flip-flop behind the pits, with the second race on Saturday being timed to finish at 7.30pm.

There will also be a Top 15 shootout for the Saturday race, before separate qualifying sessions on Sunday morning for the final two races.

Supercars has yet to confirm the supporting categories for the meeting, but Toyota 86s are expected to talk one slot with Super2 and Super3 cars combining for the other. This means Carrera Cup, which had been set for Winton, will miss SMP2.

There is also nothing concrete yet on spectator numbers, how they will view the races, and their social distancing.

But Supercars teams will line up in a different order in the pitlane as Victorian teams will be bunkered together with a buffer from Team Sydney and the Queensland teams in a reflection of the COVID-19 restrictions now in place between different states and their AFL and ARL football teams.

Nilsson is an engineering graduate from RMIT in Melbourne who did work experience with the-then Jordan F1 team before moving into Supercars with Gibson Motorsport, winning championships with the HSV Dealer Team before rising to co-team principal with WAU.

“Tough decisions must be made in the current climate,” says Ryan Walkinshaw of WAU.

““We’ve agreed now so that Mathew has the best opportunity to find a new role, whether that be in Supercars or beyond.”