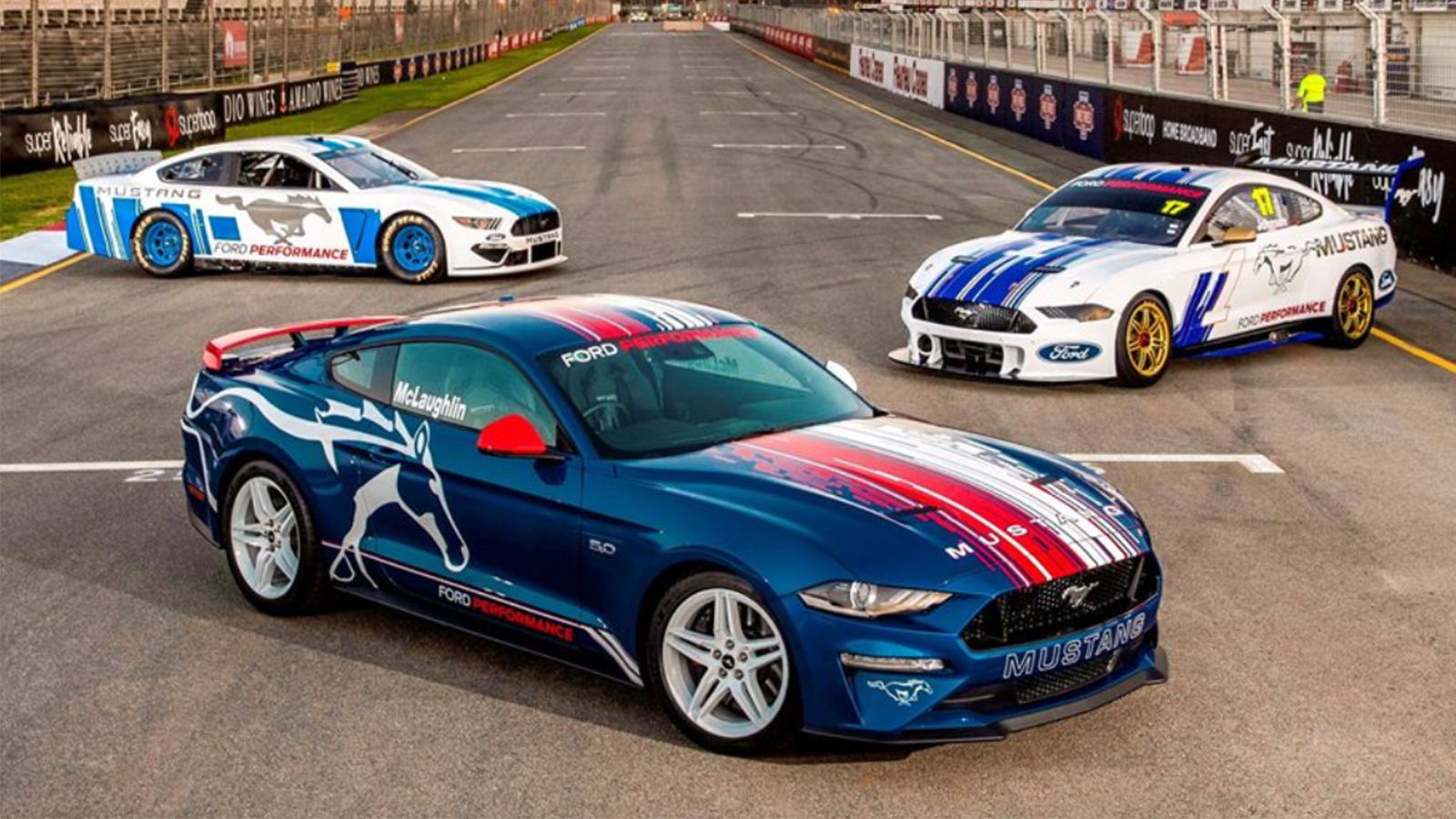 Motorsport is still essential to Ford despite the COVIC-19 pandemic and global recession.

The top-drawer support is good news for Ford followers throughout the world, as other companies question and even wind-back their racing programs.

Even Porsche has clipped its sports car program in the IMSA series in the USA.

Rushbrook admits there is more pressure on the motorsport budget in 2020 but is not flagging any bad news, while Hart is emphatic on the success of Ford’s Supercars program.

“Ford Australia is strongly committed to motorsport, as motor racing is part of our DNA,” Hart tells Race News after the resumption of Supercars racing at Sydney Motorsport Park.

“Australians love motorsport, and that can be seen in the fact that we punch well above our weight in terms of global success – drivers, teams and engineers. Motorsport here shows the capability and performance of our products, as well as the passions and abilities of our people – our 2000-plus strong design and engineering team locally, as well as across the globe.”

Rushbrook is just as emphatic.

“Ford is a company founded on motorsports, with Henry Ford winning a race in 1901 and ultimately forming the company over 100 years ago. It’s part of who we are today, so we’re here to be in motorsports. We’re committed to motorsports.”

Apart from Supercars in Australia, Ford is a big player in NASCAR – where Penske Racing, Stewart Haas and Roush Fenway are its primary representatives. – and the company is still involved in the World Rally Championship through Malcolm Wilson’s M-Sport, although not a factory team, as well as other series including the World Of Outlaws sprintcars in the USA where 10-times champion Donny Schatz uses a Ford V8.

Rushbrook says that motorsport is still important to the company, although he admits that racing programs are now scrutinised much more than previously, to make sure that the racing gives a suitable return on investment.

His commitment comes as Ford backs away from passenger cars in the USA, relying instead on its hugely popular F-Series trucks, a wide range of SUVs, and upcoming electrifieid models including a battery-powered Mustang.

In Australia, the Ranger ute continues as a huge success and the Mustang is also a strong seller, with a growing number of showroom spin-offs including the sell-out R-Spec.

“Our Ford Performance vehicles, such as the Ranger Raptor, Fiesta ST and Focus ST, through to enthusiast models including the Mustang R-SPEC, reflect a strong enthusiast base here in Australia,” Hart tells Race News.

“Motorsport enables us to showcase, innovate and design components, parts and models for markets all over the world. In Australia, where Mustang has been so well received, it’s a natural fit to see it on the race track in our premier category.

“Saying that, we also have grass roots involvement with a presence at many tracks around the country including Winton Raceway, Sandown, The Bend, Phillip Island and Sydney Motorsport Park.”

Hart is adamant that the Supercars Mustang works well as a motorsport halo car, despite the controversies and parity changes through the 2019 season.

“It’s a natural fit for Mustang as the world’s best-selling sports car, and proves our teams and products in the intensity of competition. It’s also a great way to show the Ford Performance and Mustang brands, and of course Ford itself, to passionate audiences and potential customers.”

She also says there is a showroom connection from Supercars, even if it’s not as strong as the ’Win on Sunday, sell on Monday’ days of Falcon GTHOs in the 1970s.

“Motorsport certainly credentials our brand and taps into the passion of enthusiasts who are often buyers of our halo models, with benefits also flowing through across the rest of the line-up,” Hart says.