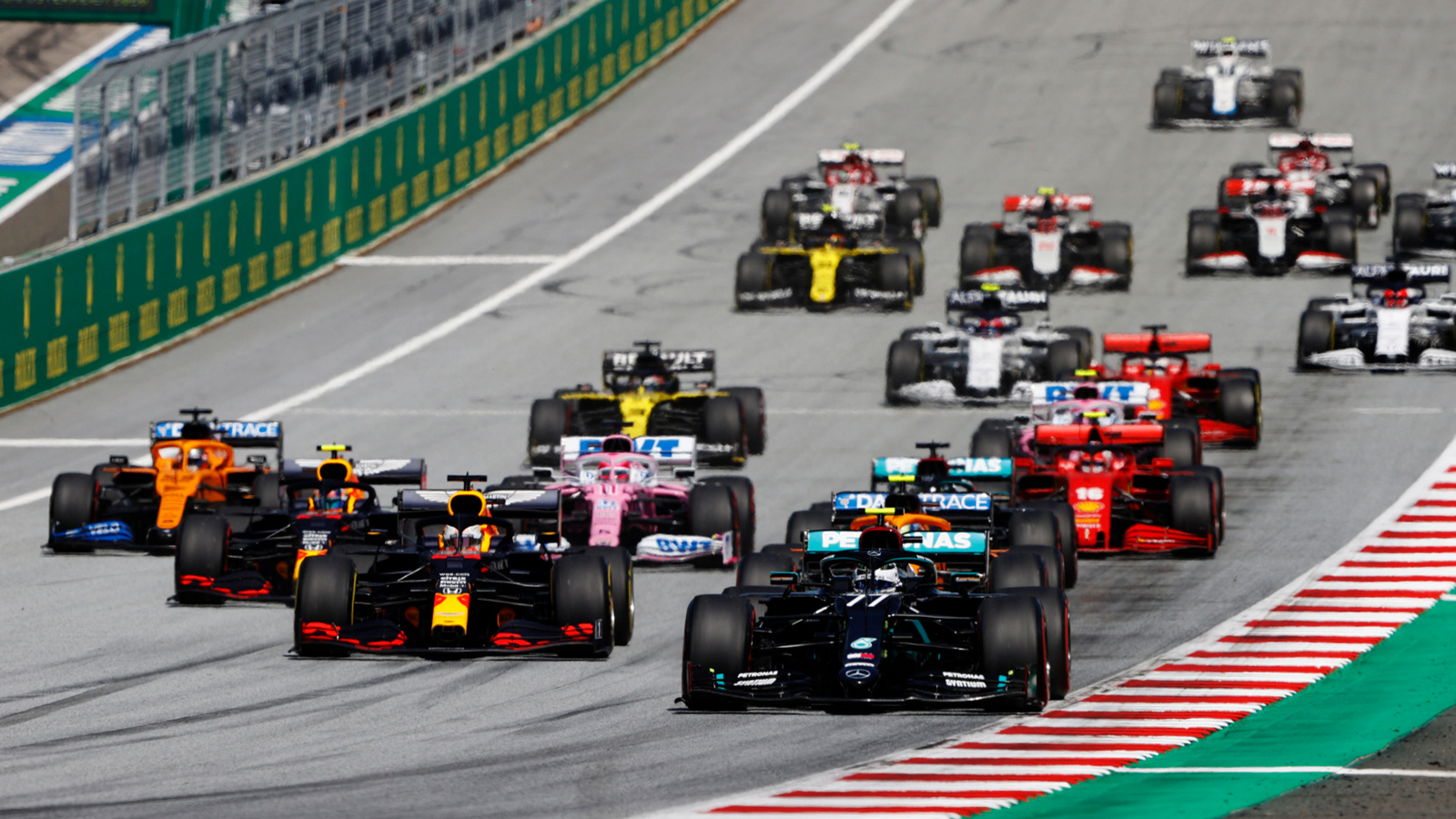 The most important point about the 2020 Austrian Grand Prix was that it took place. It is a first step.

What happened on the race track was a very entertaining event, filled with drama, as often happens at the Red Bull Ring, as Valtteri Bottas won and Lando Norris got his first podium with third for McLaren.

But what was achieved was more important than that because it showed that Formula One can behave in a safe and responsible way – at a time when there is really no need for sport, beyond the fact that people are bored.

“We are going through an unprecedented time,” say FIA President Jan Todt, who was at the race.

“It is very strange here. You don’t see any traffic, any cars parked and empty grandstands, but when you see what has been achieved it is amazing and I want to congratulate all the people who have been working day and night. It has been a fantastic coordination between the FIA and F1, with a strong contribution from the teams. Without that it would be impossible to be here today. It’s been a remarkable effort and we are the only international sport that has been able to achieve that.

“So congratulations to those who have made it happen.”

Todt says that he believes that the world is changing very quickly and motorsport must adapt in order to move forward.

“We are not going to bring back the sport as it was. It will never be the same,” he says.

Todt says he has recently discussed when there could be a vaccine with an eminent professor of infectious diseases from the celebrated La Pitié-Salpêtrière University Hospital in Paris and was told that nothing is guaranteed and that even after 40 years there is still no vaccine for HIV.

The virus, he says, may not go away and so the world must find ways to operate around it.

The Austrian Grand Prix showed that F1 can do that and so it sends out a message to all governments around the world that the sport is open for business and can behave in a responsible manner.

Now that this has been achieved, it will be easier for F1 to finalise a calendar and get to a situation that will allow the teams to know how many races there will be and what their budget will be and, consequently, will allow them to make the plans required to ensure their survival in the long term.

They know that they will be taking a financial hit – and that it will be painful – but when they know the extent of the hit, it will be possible plan for the worst – and hope for the best.

The intention is for F1 to announce a second group of races for the autumn, but it is still too early to say what is possible in some regions, notably the Americas, and so the end of the season dates are unlikely to be known until nearer the time because of the fluctuating situation of the pandemic in different countries.

There are still plenty of challenges ahead because of the way in which the disease develops, with the possibility of some regions being effectively clear of the virus but not wanting international visitors for fear that they will spark new outbreaks, and other areas where the disease is so strong that F1 does not want to travel there.

For the moment, at least, the plan remains to try to host 18 races, but in the knowledge that they may not all happen. It is anticipated that in a week or so there will be more dates which will likely include Mugello, Sochi, Portimao, China and possibly Canada, plus Abu Dhabi and Bahrain at the end of the year, with both being open to hosting two races if they are required to reach the target of 15 races. Vietnam is still looking at what can be achieved, while Hockenheim and Imola appear to be in the role of back-ups if he races in the Americas prove to be impossible.

In this respect, Formula 1 has to wait to see how things develop in Brazil, Mexico and the United States as the race dates are still four months away and, as we have seen in Europe, things can change significantly in that kind of period.

With a new financial model in F1, it is hoped that there may eventually be room for new teams but at the moment the focus is not in expanding the number of teams but rather on getting a new commercial agreement in place by the end of the year, at the same time as coping with the virus.

“I think the work that’s been done, the collective work, the compromises that were found, were very positive to improve the F1 model and the fiscal model of a Grand Prix team,” says Christian Horner of Red Bull.

“It just adds greater value for money for the shareholders, for the partners, for the sponsors. It gives a financial ceiling for the amount of money that a team can spend, so it allows the teams that are further down the pecking order to converge fiscally – and potentially on track as well.

“So it creates certainly, a more even playing field and I think that in terms of providing value and long term security to the sport, the teams, the entrants, it was the right and responsible thing to do.”

McLaren’s Zak Brown says that creating a sporting franchise that is profitable means that the value of the franchise increases significantly.

“I think all of our shareholders love being in F1. I don’t think they’re in it necessarily to turn a profit, but they’re also not in it to lose substantial amounts of money – which has been the case lot of teams. And so I think we’ve landed in a place where for a lot there’s a path to profitability.”