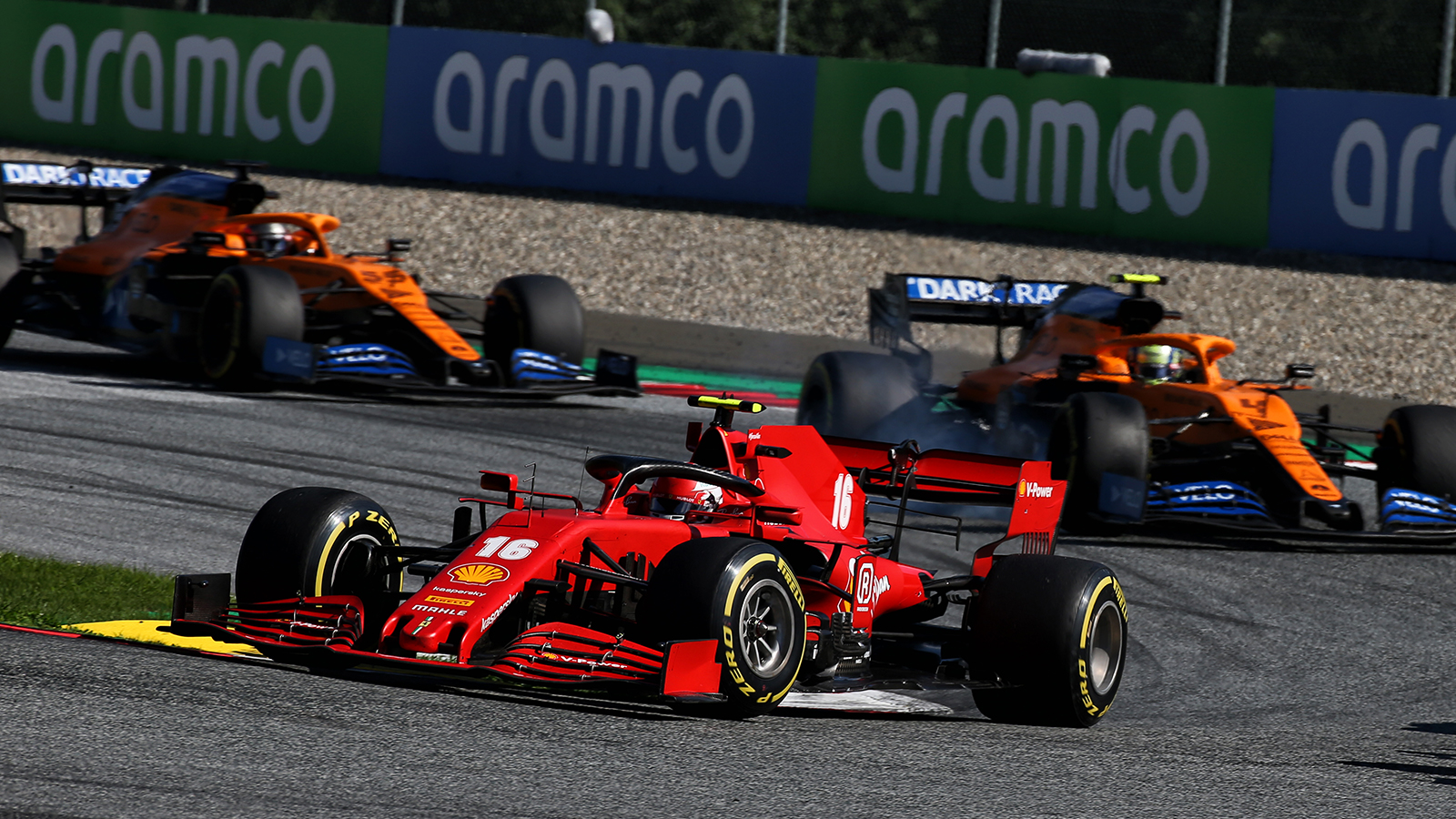 Ferrari is mounting a panic attack on the second leg of the Formula One double-header in Austria next weekend.

The dismal performance of the latest SF1000, despite Charles Leclerc salvaging a face-saving second place in the Austrian Grand Prix, has sparked an urgent update of the car for the Styrian GP on Sunday.

Ferrari is not talking about the straight-line speed deficit to its rivals including Mercedes-Benz, even though all Ferrari-powered cars were slower than expected in Austria, but concentrating instead on the car’s aero performance.

Team manager Mattia Binotto admits the car is missing something and is hopeful of an improvement for Austria 2.0.

“We need to improve our car, as there are some mis-correlations with the design, the car behaviours, especially the aero,” Binotto says.

“That’s a development we have started again, coming back from the lockdown, and hopefully we have very soon at the race track.

“It will not be the final solution, as there is no silver bullet. What’s important for us is to improve those type of behaviours.”

Binotto’s words were rapidly turned into action following Ferrari’s Monday de-brief, with new parts to be manufactured and fitted by the end of the week.

“This is the response of a united team which is rolling up its sleeves and facing the problems head-on, without crying about it,” says the CEO of Ferrari Louis Camilleri.

“We are at the start of a new cycle with a long-term plan. Any setbacks will certainly not change our chosen course and I have every confidence in Mattia and the team in addressing our shortcomings.”

Although Leclerc was happy with second and says “It feels like a victory”, his veteran team mate Sebastian Vettel made scathing comments during and after Austria 1.0.

He described the car as “undrivable” and reported “Well, to be honest, I’m happy that I spun only once.”

Ferrari was originally planning a significant update to the SF1000 for the Hungarian Grand Prix, the third race of the delayed championship, but is now aiming for Austria.

“It’s clear that we have to improve on all fronts,” says Camilleri.

“The only solution is to react and I’m pleased by the immediate reaction and the work that Mattia and all his team are putting in at every level. This is not just to bring to the track today what was scheduled to be ready tomorrow, but also to speed up the program of development for the coming races.”

Ferrari is also hopeful that running back-to-back races in Austria will make it easier to get answers about the SF1000.

“Within four days there can be an immediate answer to all the questions . . . without the variables that come from heading to a different track layout,” Ferrari says.

“The SF1000 didn’t measure up, even compared to expectations ahead of the event. Because of this, development has already been going on at full pace for some time. This is in the hope of bringing forward to next weekend the introduction of the aerodynamic package scheduled for the Hungarian Grand Prix – or, at least, some of its components.”