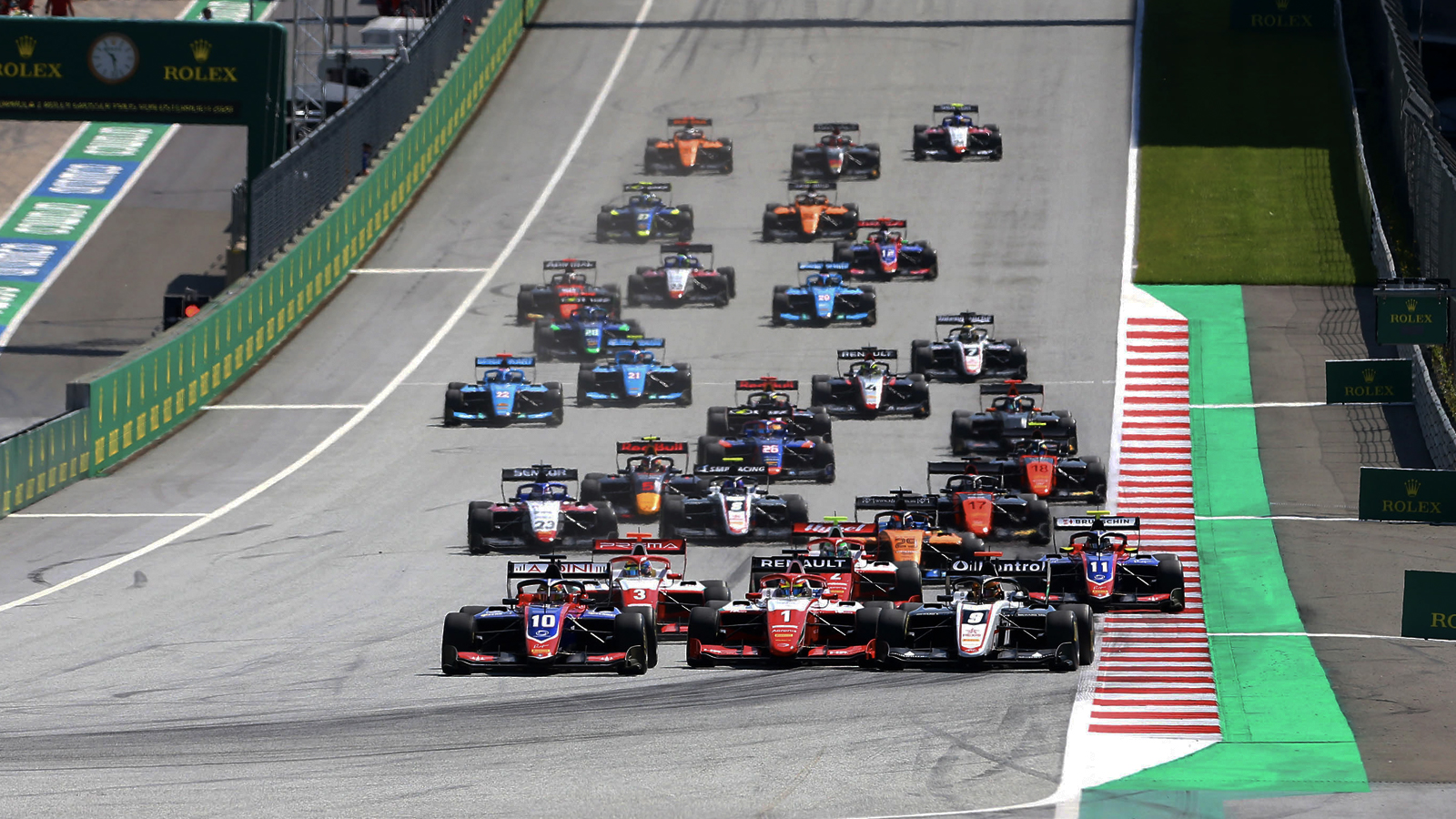 Oscar and Alex are back for a Formula 3 re-match in Austria and hoping to repeat their podium places from a weekend ago.

Oscar Piastri won the first FIA Formula 3 race of the season and was joined by Alex Peroni in third, results that were backed by top-10 finishes in the second F3 contest despite inversion of the top 10 places on the grid.

Austria was a great weekend for the Anzacs, as New Zealander Liam Lawson was the second-race winner and the other Aussies – youngster Jack Doohan and Calan Williams from Perth – ran inside the top 20.

The big change for the return to Austria is a switch of tyre compound, as the F3 cars will race on hard-compound rubber for the first time.

“We are using a hard tyre compound this weekend and that is going to keep all of us on our toes, that’s for sure. It will change how the tyres warm up and the overall balance of the car,” Peroni tells Race News.

“I’m looking foward to this. It shouldn’t change too much, I wouldn’t think,” says Piastri.

The next generation of down under Grand Prix hopefuls clearly have talent and commitment, as Peroni is coming back from a giant crash last year at Monza in Italy and Piastri has won a place in Renault’s young-driver program.

Piastri gave the opposition no chance in last weekend’s first F3 race, surviving a bump with a rival in the first corner to build and early gap before crusing home to win by two seconds.

“I wasn’t really expecting to win the first race, to be honest. I expected to be up at the front, and I was hoping for a win at some time,” he says.

He is more direct on his F3 ambition.

Peroni was a little further back but also looking ahead.

“Last weekend was full of positives,” he says.

“Racing at the same track two weeks in a row is something I’ve never experienced before. It will be a challenge and key will be to improve in the shortest period of time.”

But he has an advantage, as the career of his race engineer Andrea Rocchetto includes working with Michael Schumacher, Fernando Alonso and Kimi Raikkonen.

Looking at the championship situation, Piastri showed on his first weekend that he is by far the best of the 19 rookies.

The challengers look to be Peroni and Lawson, as well as his Prema team-mate Logan Sargeant.

But Peroni’s return from injury was exceptional, and he will be buoyed by the fact that his Campos team-mates Alessio Deledda (Italy) and Sophia Florsch (Germany) had difficult weekends.