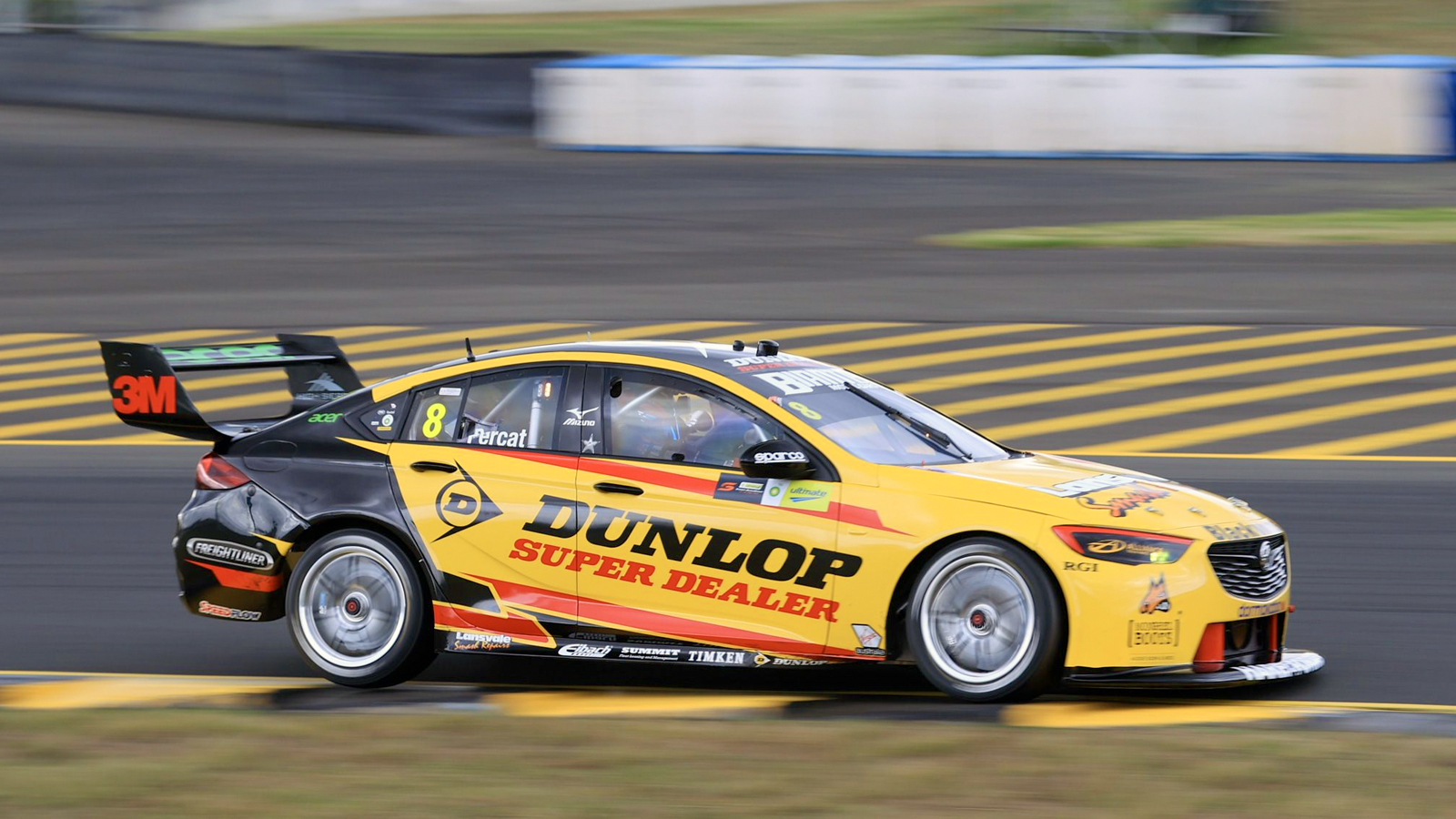 A tyre fight is brewing at Sydney Motorsport Park as teams are forced to balance speed against endurance with their Dunlop tyres.

A mix of soft and hard-compound tyres is allocated for the day-night meeting in the harbour-side city, but with only two sets of soft-compound rubber.

Using the softs for maximum impact, in qualifying and the Top 15 shoot-out as well as three 100-kilometre sprints, is the spark that could ignite a full-on tyre war.

“There are going to be some people who take a risk. And go for glory,” championship leader Scott McLaughlin tells Race News.

“There is going to be a lot of thinking on your feet. I think it will be very interesting.”

Teams are all ‘war gaming’ the best way to allocate their softs, and to manage them and three sets of hard-compound Dunlops through the meeting, after watching Nick Percat score a Race 2 victory for Brad Jones Racing – ironically in Dunlop racing livery – at the first SMP meeting.

“This has really thrown a curve ball. And so people will have to decide if they want to be consistent over three races, or go for a race win

“It turns it into somewhat of a lottery. It’s going to be tricky. It’s more than being smart and fast.”

Chaz Mostert, who admits he is still settling into his new role at Walkinshaw Andretti United, is a solid fan of the new tyre allocations.

“I personally like the way the category has gone with this. It’s mixing it up,” Mostert tells Race News.

“But there are still a couple of teams that are on top of things and doing it easier. They can sacrifice a race and still get a good result.

“So I don’t think you can win all three races, but you can still get three podiums.”

Fabian Coulthard is not keen to talk tyres but, after a lacklustre run last time that finished with a broken differential in Race 3, is keen for a rebound run at SMP 2.0.

“For me, we never run away from a fight. We had good quali pace but then struggled a bit in the races,” he says.

For McLaughlin, the championship is looking more important than a one-off success in Sydney.

“Our aim is to do the best job across three races. We’re not going to win every race,” he says.

“The main object for us is to get maximum points across three races. We’ve had a talk about it.

James Courtney is looking forward to the tyre challenge on his home track in Sydney, even if he admits he is still adjusting his driving style to a Ford Mustang.

“It’s going to be pretty tricky. There are not enough tyres to do the whole thing. There are five sets of qualifying, for a start, and only two sets of ‘fast’ tyres,” Courtney tells Race News.

“The racing is going to be exciting because won’t know what tyre they’re on or how they are going to run them. Some people will put all their eggs in one basket.

“If everyone goes for glory under lights on Saturday night then we’ll all race around on Sunday on hards.

“If you use all your softs you can try and get through and win a race. There will be some people who go for glory. But the likelihood is still that McLaughlin or Whincup will go for maximum points over the weekend.”

Jones will make the trip to SMP to direct his team and strategy, and believes Percat will again be a podium contender.

“Nick is pretty fast. And I think we can be in the championship fight with him. He was the third-best scorer last time in Sydney,” Jones says.

“I feel like the tyre strategy at the last race meeting was really challenging and it worked out great, and the racing was as good as you ever see.

“The commission has decided to try a couple of different things. This time at SMP is certainly different. And we’ll see how it goes.”

And what about the risk-versus-reward tyre balance, and the chance to grab some glory with another win?

“What do you think?,” Jones says, turning his answer into more of a statement than a question.