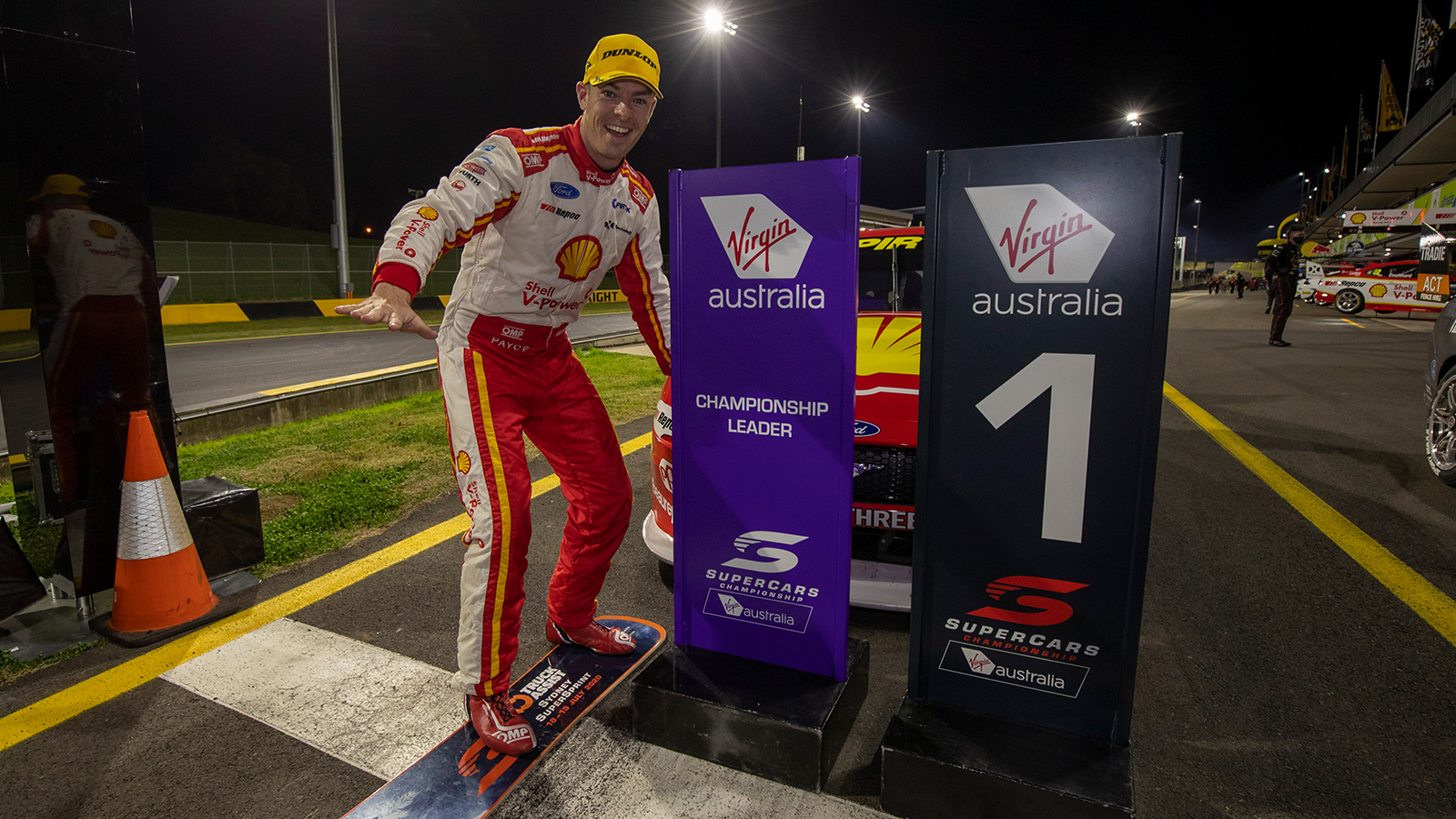 A tasty game of rubber roulette delivered as promised under lights at Sydney Motorsport Park.

Plenty of people gambled and lost, a few gambled and won, and Scott McLaughlin played the odds to bank another win.

The Supercars stoush delivered a number of leaders, bumps and battle groups, winners and losers, and fantastic television pictures.

Giving drivers fewer Dunlop tyres than they need for a full-speed run through the three Sydney sprints, with a combination of soft and hard-compound tyres, put a premium on smart tactics and intelligent driving.

Lee Holdsworth rolled the dice with two sets of soft Dunlop rubber for his Saturday night charge and it paid off with a podium for the Ford Mustang driver, whose Truck Assist sponsor is also backing the meeting.

But canny Scott McLaughlin and the DJR Team Penske crew got the big pay-out from a hard start and soft-rubber run home, as the cooling evening air allowed him to get better speed and life from his second set of tyres to take his 47th career win in the Shell Mustang.

What about Shane van Gisbergen and Jamie Whincup, who will fight the championship battle against McLaughlin for the Red Bull Holden Racing Team?

They split strategies, as SvG led the early laps on soft tyres while Whincup ran solid on hards, and eventually came home in team formation, but only 4th-5th with the Kiwi in front.

He admitted the early laps were tough, as soft-compound runners swamped him despite an excellent start, but was happy to wait for the race to come to him.

“I was able to position a little bit better. It was a good hard race. I knew they would come at me pretty hard. Then I was able to stay with them,” he said.

“We stuck to our guns. We trusted our car speed.

“You can’t be unhappy with P2,” said Holdsworth.

“We’re having a good time. It’s cool to be on the road, racing cars,” says de Pasquale.

Saturday night was bright, but the real questions will only be answered on Sunday afternoon after all the tyre strategies play out.

The championship contenders each have a mix of soft and hard-compound Dunlops to work around, but others will do it tough.

“It’s music to my ears. Obviously I’ve got another set up my sleeve,” says McLaughlin, talking about fresh soft tyres.

“We played all our cards today,” admitted Holdsworth.

“We’re living today, tomorrow is a different day. We might get lucky, our car might be good on hards,” says an optimistic de Pasquale.