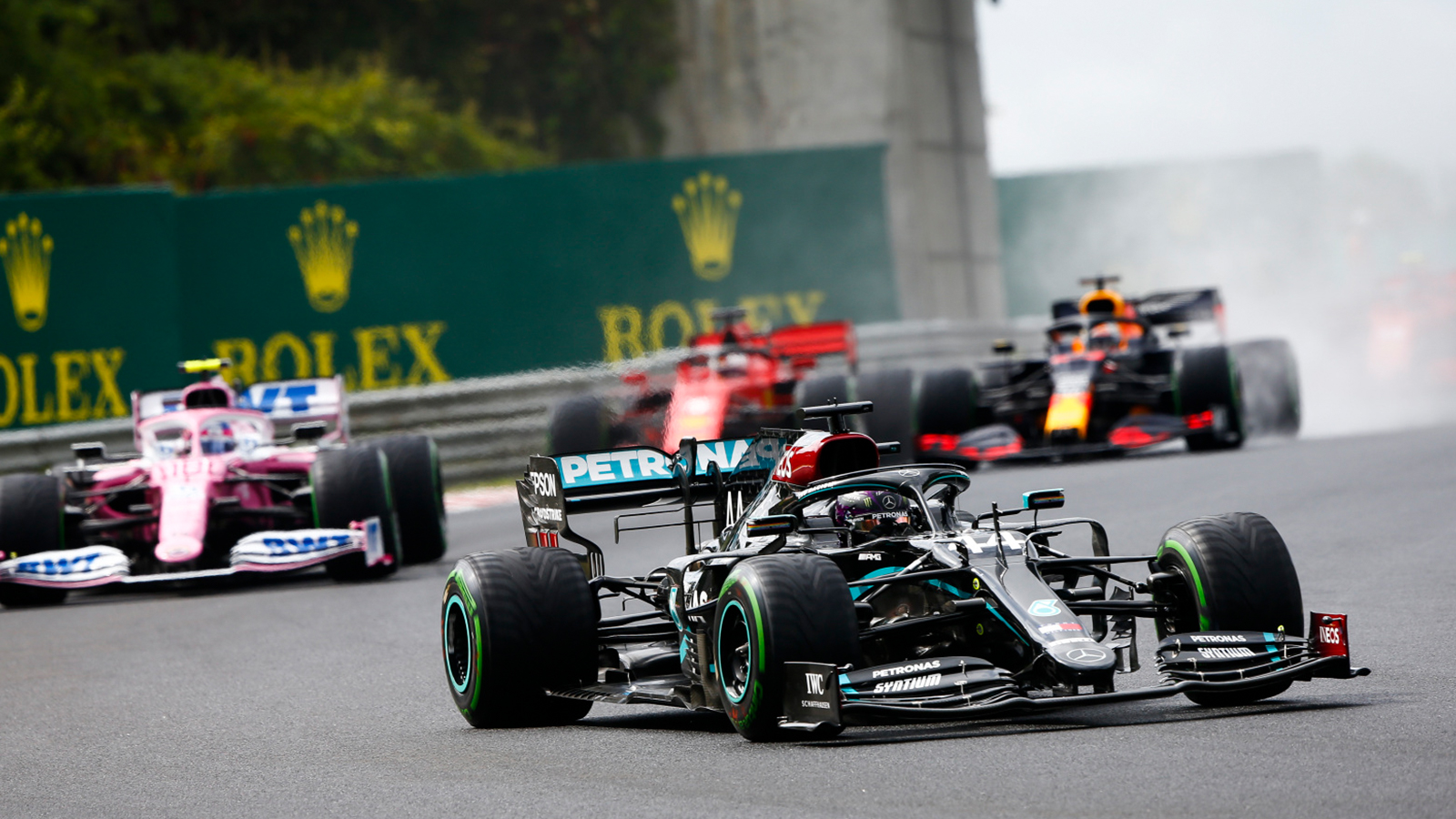 Three races into the 2020 World Championship and it’s already looking like Valtteri Bottas is the only threat to Lewis Hamilton.

Why else would the six-time world champion have gambled by bolting on a set of fresh soft Pirelli rubber in the final laps of the Hungarian Grand Prix to grab an extra point for the fastest lap?

Hamilton led from start to finish on a track that was treacherous from the outset and now has a five-point championship lead over his Mercedes-AMG team mate.

But he is clearly remembering the year when Nico Rosberg mugged him to take a title, as he pitted and sacrificed all but 8.7 seconds of his lead – thanks to a small fumble changing the left-rear wheel that could have really turned pear-shaped – for the point.

“Valtteri continues to improve, so I just continue to keep my head down and work on the set up to make sure I can deliver the most perfect lap I can otherwise he will take it,” says Hamilton.

“He’s constantly improving which just shows the hard work that’s needed. He requires me to give 100 per cent every day I’m in the car.”

It wasn’t Bottas who trailed him home but Max Verstappen, who gave huge thanks to his crew after urgent repairs on the starting grid following a crash on the wet formation lap.

“This podium is definitely dedicated to my mechanics. I thought the race was over before it had even started,” says Verstappen.

“I braked, locked a wheel, came off the brakes and tried to brake again but went straight on into the wall on the out lap. I couldn’t believe it but I managed to reverse out of the wall and get to the grid.”

The front suspension was badly damaged but the crew did the job to change the broken parts in just 18 minutes and Hamilton was even surprised that his rival made the race after being told by Mercedes that he was out.

“As a team we never give up and the mechanics did an incredible job to fix the car so quickly, I don’t think anyone could actually believe they managed it but they all stayed very calm. I don’t know how they did it, everything was working as normal.”,” says Verstappen.

Bottas also had a drama when he nearly jump-started the race, but he recovered from a late departure from the grid to take the final spot on the podium.

“It was a pretty bad race from me. I lost it from the start,” says Bottas.

“I reacted to a light on my dash that went off, instead of the start lights, which then meant the car went into anti-stall and I had to do the start again. I lost some ground there and that made the race very difficult for me, as I was fighting right to the very end.”

The surprise packet in Hungary was Lance Stroll, who out-qualified his team mate Sergio Perez and then raced strongly and confidently in the leading pack to come home fourth for Racing Point.

Perhaps he has an extra incentive in the ‘pink Mercedes’, knowing that one of the drivers is likely out for 2021 with Sebastian Vettel close to signing.

“It was fun to fight Max [Verstappen] at the start of the race and run in P2 in the changeable conditions. We actually ended up in quite a lonely race to P4, but the main thing is that we were able to score a good haul of points for the team, and so did Checo (Perez),” he says.

Daniel Ricciardo ran strongly in the early laps for Renault, even getting as high as second from eighth on the grid, but it couldn’t last.

Still, a late stop for fresh tyres allowed him to pass Charles Leclerc and Carlos Sainz in the pits before nailing Kevin Magnussen’s Haas on-track with a trademark dive into Turn One.

The Honey Badger was closing on the Racing Point of Sergio Perez but came up 0.8 seconds short.

“It was quite a busy race and, overall, I’m happy with how it went. I gave everything I could and I felt we got the most from it today,” Ricciardo says.

“We’ve had eighth in every race so far. It’s not bad, but I do feel we have the speed for more from the first three races. We’re not far from top six finishes, it’s coming, and we know bigger points are around the corner.”
And Ferrari?

Sebastian Vettel was solid for sixth on a track he likes but Charles Leclerc was never a factor and only managed 11th.

“We are not where we want to be just now, but at least we did everything we could today,” says Vettel.

After the hectic three-weekend start to the delayed 2020 season there is now a short break before the British Grand Prix on August 2 begins another frantic run with two races at Silverstone and then a trip to Spa in Belgium.