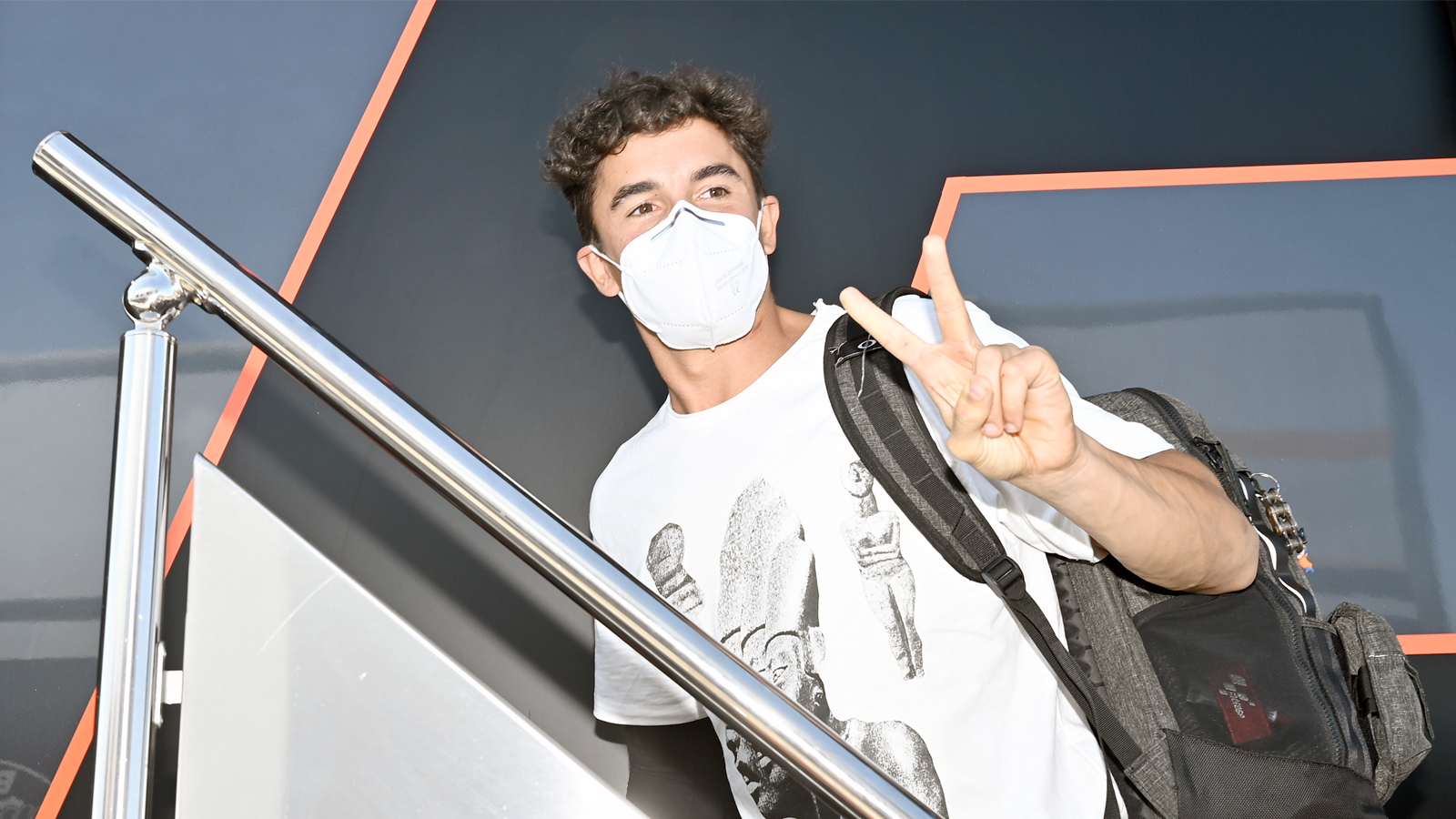 Marc Marquez is not human.

How else to you explain his miraculous return to the MotoGP just days after major surgery to repair a broken arm?

And then there was his super-human ride in the Spanish Grand Prix, when the Honda hero sliced-and-diced his rivals on the comeback charge from an early off-road excursion that got him back on the podium before the monster high-side crash that sent him to hospital.

Marquez is not planning to test or practice ahead of this weekend’s second round of the MotoGP World Championship, the Andalusian Grand Prix that will be run at the same Jerez circuit in Spain, but he has every intention of racing.

Somehow he has passed an official medical check to win a clearance for the race.

“He came to the medical examination unit, where they tried all of the movements that involve this kind of injury and it turns out he’s able to do them perfectly,” says MotoGP’s medical director, Dr Angel Charte.

“There were no signs of pain or mechanical inability of his right arm, and therefore the exhaustive medical examination, although it seems strange to us, has been positive.

“It proves the rider is perfectly ready to race. At what percentage, that can’t be told, but he fulfils the rigorous medical protocol for this type of injury.”

Marquez completed his medical just two days after surgery on his fractured right humerus, the big bone in the top of his arm.

It means it will be able to continue his unbroken run of starts in the MotoGP championship, despite a long series of crashes in the premier category.

But he is not alone on the comeback trail, as both Cal Crutchlow and Alex Rins won medical clearance from their own injuries in the Spanish GP weekend.

Crutchlow, the British Honda rider, broke a scaphoid bond in his wrist and Rins, who rides a Suzuki, dislocated his shoulder.

“Crutchlow had another crash and fractured his left scaphoid. A nail was placed in the fragment that was fractured. He’s okay and can race perfectly,” says Dr Charte

“In the case of Alex Rins, exactly the same.”

So, how does last weekend’s winner Fabio Quantararo feel about Marquez’ return?

“It’s not only about Marc; Alex and Cal are back. It’s quite amazing when you’re a rider, you want to come back as soon as possible. Surely they’ll give their maximum with the pain they have and I’m happy for them to be back on track,” he says.