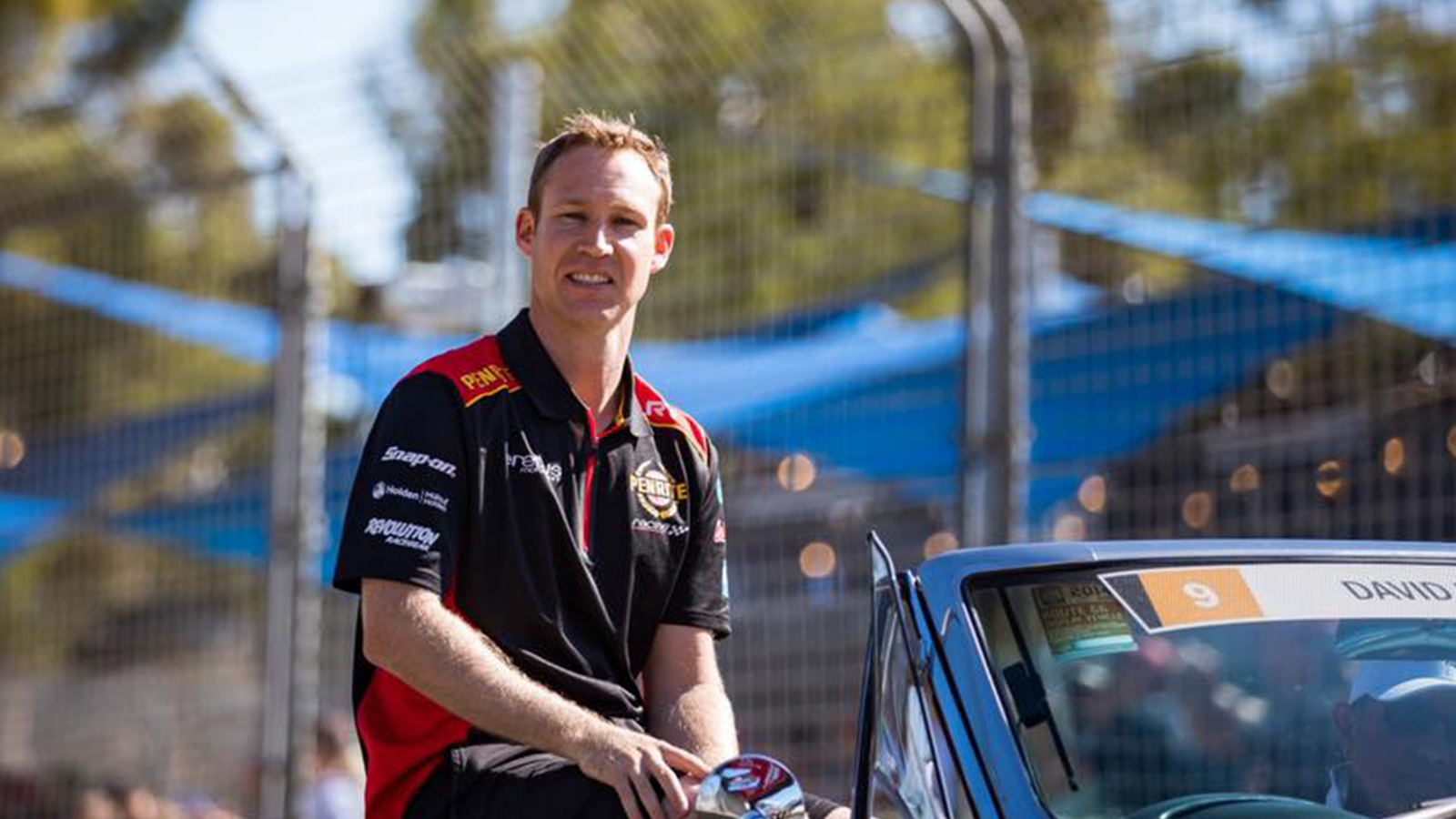 David Reynolds and his long-timer partner Tahan Lew-Fatt are expecting a baby.

Their COVID kid is will arrive in February, timed to miss the potential start of the 2021 Supercars season, but Reynolds is not expecting much change in his racing game.

Despite some people suggesting that children slow you down, Reynolds jokes that he intends to go faster.

“The way I’m looking at this, it gives me something that’s more motivating to do it well. In my life I’ve always struggled to do things just for myself. What actually gets me motivated is doing something for other people, like racing for the team.

“If I win the race, that’s cool for me. But if there are a lot of other people around to celebrate with me then that’s so much better.”

Reynolds says the baby news is no real surprise for the glamour couple.

“She even bought baby clothes years ago for the kids in our future. Apparently that’s normal behaviour…

“No, actually, that’s probably not so normal.”

The pair have no idea if they are having a boy or girl, and are happy to wait for the answer.

“We don’t find out until it’s born. I think it’s a boy and she thinks it’s a girl.

“But life still has a few surprises for us, and this is one of them. We want to find out at the end.”

The name game is much the same as the clothes story for the couple.

“No idea yet. She’s been writing names down for at least five years, I reckon. Which, again, is apparently normal behaviour… “

Reynolds will be one of the few front-line drivers in Supercars with a baby, something which gets him thinking and comparing himself with Scott McLaughlin, Jamie Whincup, his team mate Anton de Pasquale and Shane van Gisbergen.

“Winterbottom has kids and he still goes alright,” Reynolds says.

“But being a drive is quite a selfish thing. Not many drivers are not selfish. Our breed of people is very selfish.

“Still, I like to think I’ve always had a decent perspective on life. I think I’ll be ok.”

Reynolds and Lew-Fatt have been isolating on the Gold Coast in recent weeks, close to her family, which has raised questions about a long-term family home. The couple are based in Melbourne but that could change.

“With this COVID stuff I’ve been forced to leave our home in Melbourne and it’s improved our lifestyle,” he says.

“There is sunshine, people are happy, the cost of living is cheaper. Moving is only a ‘maybe’, but it would be fantastic in a lot of ways.”

But, with Darwin coming up fast, Reynolds is enjoying the baby news before he pulls his helmet on again.

“It’s going to be great. I cannot wait to meet this little person and to hang out with someone who’s a copy of both of us. That’s scary, but also amazing.

“I obviously hope it looks like her. She’s got way more redeeming features than me on that side.”