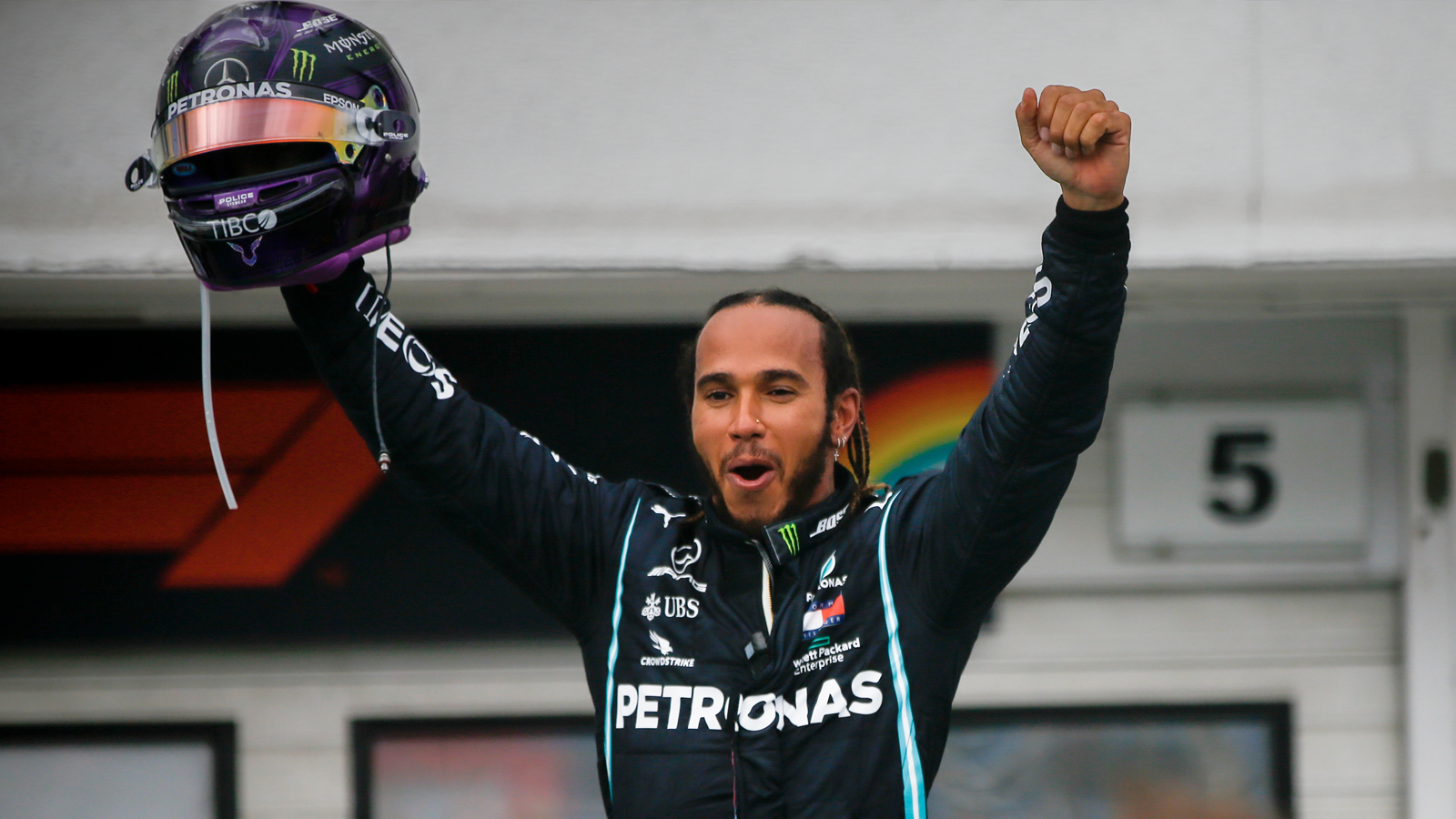 Lewis Hamilton won’t be crowd surfing on his Silverstone cheer squad this weekend but there is no reason to bet against him in the British Grand Prix.

He is the shortest-priced favourite in recent Formula One history and the real questions are about how long he will continue to race and how many of Michael Schumacher’s records he will break before he is finished.

So the question marks around Silverstone are centred, for the moment, on who will replace Sergio Perez at Racing Point and how much of a challenge Valtteri Bottas can mount against his Mercedes-Benz team mate on home ground.

Nico Hulkenberg could get his best shot at his first F1 podium if he becomes the first-choice replacement at Racing Point ahead of Esteban Gutierrez.

The ‘Pink Mercedes’ is the stand-out of the shortened current season and, with Benz power in the back end, could even get the better of F1 firecracker Max Verstappen in the Red Bull.

Racing Point definitely intends to field two cars at Silverstone, but it will be a last-minute deal and plenty of people are hoping it’s The Hulk who comes in off the bench after being dumped by Renault at the end of last year.

Hamilton is using the British weekend, the first in a double-header at Silverstone, to talk about his future in F1.

“In terms of how long I go, that’s a bit of an unknown. I would say the COVID lockdown, while it was a negative in many, many ways, in some ways it gave (me) a lot of life, a lot of energy to focus on some other things, and that little bit of time off was really a bit of breathing space, so it’s just given me a renewed energy to perhaps go longer,” says Hamilton.

“Ultimately I want to be able to perform at the level I am performing now forever, but obviously there is a point at which physicality and the mental side can tail off. I don’t know when that’s going to be, but I don’t see that happening in the next two or three years, so I am definitely going to be here for the foreseeable future.

“My goal is to continue to deliver as long as I can.”

He knows things will be different for his home race but it’s not going to slow him down.

“I don’t have a lot of years left and this is going to be one that I will miss, the fans, but I do want them to stay safe and we’re in that period where safety is everything.”

The lead-up to the race, and talk around the coronavirus, also brings up the touchy subject of mental health with the F1 circus on the road and dealing with quarantine and ongoing health tests.

Renault confronts the issue this week in an open conversation with its UK employees, headed up by Daniel Ricciardo.

“I’ve learnt how to deal with many pressures of my job over the years so the opportunity to speak was interesting as I felt there were experiences which weren’t just about F1 but things that everybody deals with,” Ricciardo says.

As F1 celebrates its 70th anniversary, it returns to the venue where it all began on May 13, 1950 and, much like then, the surrounding paddocks this weekend will be quiet, with cows grazing for the first time in 20 years where thousands of spectator cars normally park.

Typically Thursday of race week attracts up to 18,000 fans but 12,000 ticket holders were offered a refund or a deferral to next year.

If you’re not a Hamilton fan, however, the order to stay away might be a blessing as the Mercedes-AMG driver has won five of the last six outings and, with the former military airfield hosting a second race next weekend, some are suggesting this 10-day window could see him place one hand on his seventh world driver’s championship trophy.

Hamilton heads into the weekend with a five-point lead over his team-mate Bottas, who showed early promise in the opening races but dropped the ball when he almost jumped the start at the last round in Hungary. This eventually allowed the Red Bull of Verstappen into second with Bottas only third.

Eager to get a head start on his weekend, the Flying Finn turned the first wheels on track on Wednesday alongside his Australian professional road racing cyclist girlfriend, Tiffany Cromwell, using pedal power to cut a few early laps.

For the fourth race in succession, it appears as though drivers will acknowledge racism with a pre-race ceremony that was criticised by several drivers in Hungary as being below F1’s standards.

Vettel and his team mate Charles Leclerc, meanwhile, have other important matters at hand with a slow Ferrari that was confirmed as lacking speed by Fiat group supremo, John Elkann.

In a rare interview, Elkann tells Italian media that the Prancing Horse won’t be competitive until 2022 and, while he gave his full backing of team boss Matteo Binotto, says replacing Vettel is a way of getting the team back on track with younger drivers who are keen to experiment.

“Ferrari isn’t competitive. The target is to start a new cycle in 2022 when the rules have changed, so I’m asking the fans for patience,” Elkann said.

So far, it has endured the worst start to a season since 1992, when the Scuderia scored a double non-finish in the opening two races that set the precedent for 20 failures with drivers Jean Alesi, Ivan Cappelli and Nicola Larini, who replaced Cappelli for the final two rounds.

The passionate Tifosi are praying that this year will not see history repeat.