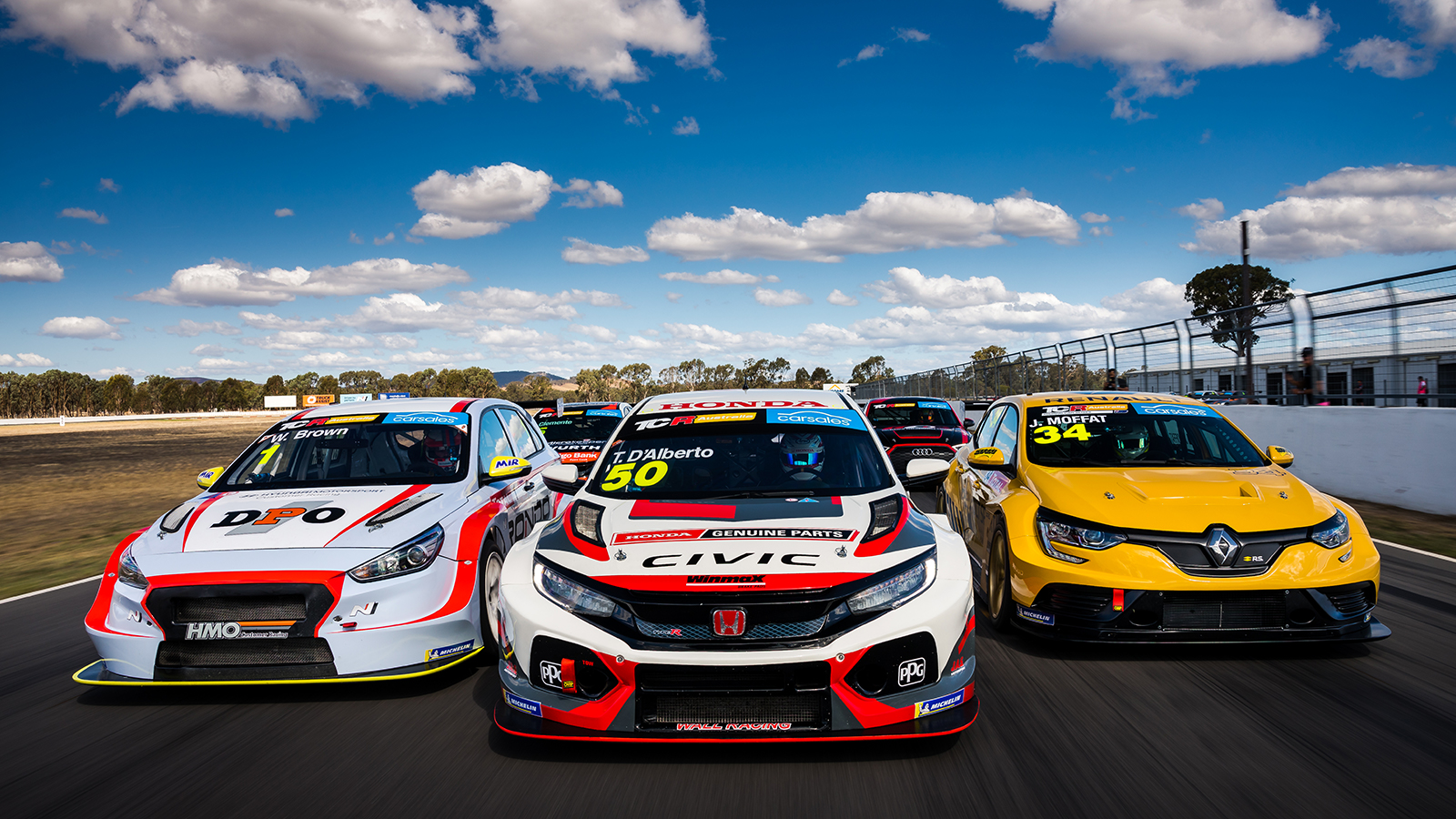 Another delay is not the end of 2020 for the carsales TCR Australia Series.

The planned start of the championship has shuffled back from March to May and then September, and now is looking unlikely before October.

But the 2-litre tin-top turbo championship will still run this year, according to the boss of the Australian Racing Group that runs the series, as well as the Motorsport Australia Championships including S5000 single seaters, Touring Car Masters and Trans Am.

“No, no way is it over. We’re going to be moving heaven and earth to go racing before the end of the year,” the CEO of ARG, Matt Braid, tells Race News.

“We’re working on multiple plans and contingencies in conjunction with Motorsport Australia. We’ve got a very motivated and committed group of competitors.”

The latest change to the TCR calendar is the cancellation of the planned meeting at Sydney Motorsport in September and the postponement of the Sandown leg of the series.

“The decision had to be made. We have to see what happens. We’ve got contingencies in place and on the shelf, but we’ve got to roll with what’s happening,” Braid says.

“With the latest Queensland and NSW announcements on border restrictions, it’s hard to know what’s going to happen.”

Pressed for a revised start-up date, Braid is cautiously optimistic about a one-month delay.

“The best case for us is early October,” he says, without nominating a location.

“Ideally we would go through to December with a couple of rounds, then January with the two planned Tasmanian events back-to-back.”

SMP could return on a revised calendar and there is a strong push to re-schedule at Sandown.

“Sandown is postponed. Ideally we’d love to run at Sandown. That’s a great round for us, was great for us last year, and we’re considering options for later in the year.

“We have multiple plans and we’re like to do Sydney as well as Bathurst. The Bathurst international is still pivotal for us this year. Nowhere is off the table at the moment.”

Braid says the timing for the Sydney decision came down to state government restrictions and the window for teams to prepare cars for the planned meeting.

“We cannot see a clear path beyond the current lockdown in Victoria. We believe there will be further measures beyond that lockdown and that encroaches on our timeframe. We’re coming up to a four-week window of the event where people have to commit to entering and preparing their cars.

The ARG and TCR situation is vastly different from Supercars, which has revised and re-started its season with a quarantined hub for teams on the Gold Coast and meetings scheduled at Darwin and Townsville, and potentially Queensland Raceway, through to its marquee event at Bathurst in October.

But the Supercars teams are fully professional, unlike many of the ARG competitors.

“Given that we’ve got multiple categories and multiple teams with varying degrees of professionalism, we had to make the call,” says Braid.

“It is disappointing to be in this position, however it is the reality of the current environment. If it was one small category we could do something but, realistically, with all the ARG categories and teams we want to make it palatable and logistically possible for the teams to take part.

“Despite the difficulties, our stakeholders remain positive. Our broadcast partner Network Seven is very supportive, and our competitors and sponsors are understanding of the situation and are all looking forward to going racing.”