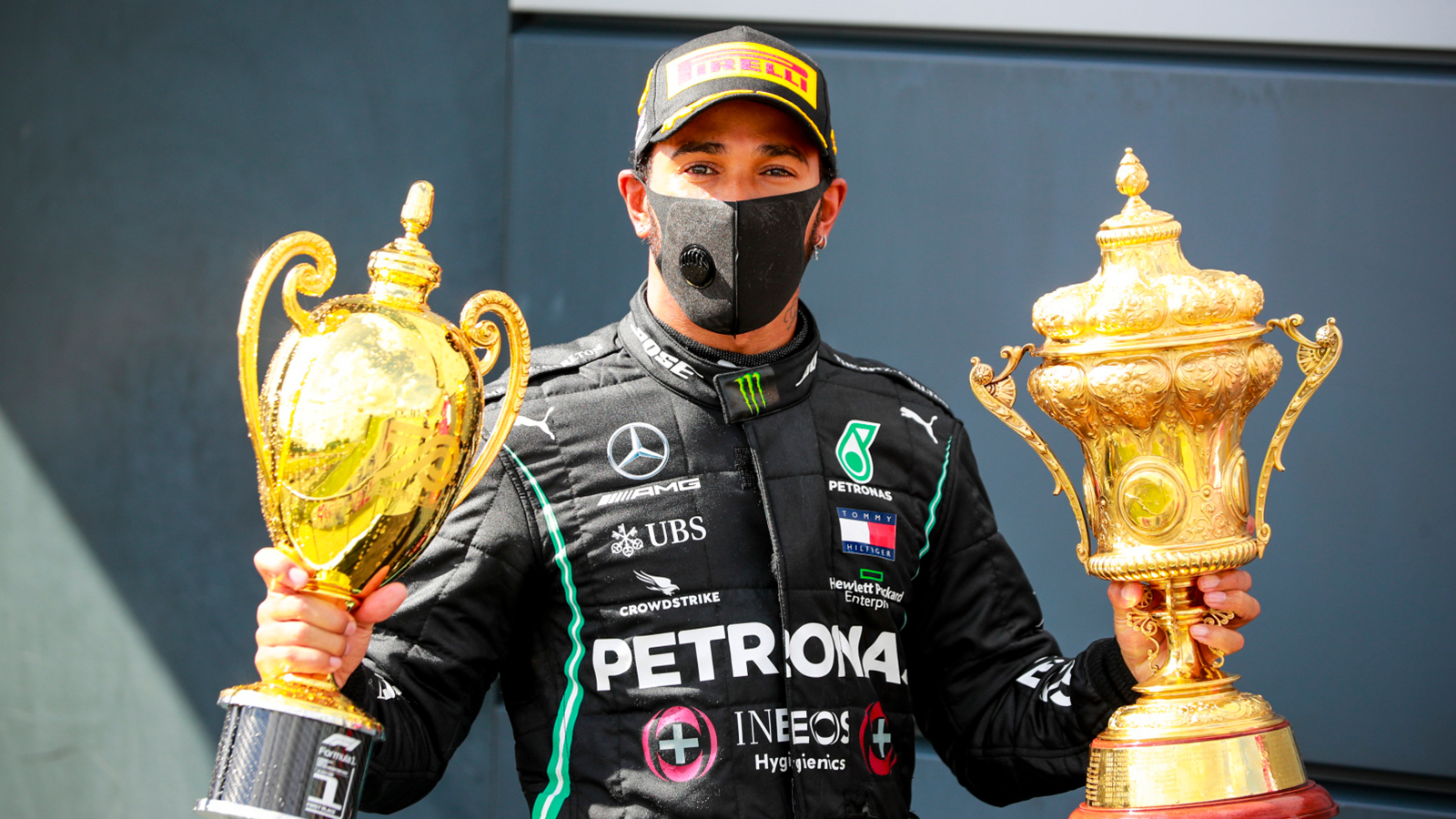 The British Grand Prix was all about luck.

Lewis Hamilton rode his good luck, and the three working wheels on his Mercedes, over the line for a record seventh home win.

His last-lap puncture was bad luck for Max Verstappen, who had decided to make a late stop for soft tyres to grab the point for fastest lap but then didn’t have enough time to run down his crippled rival.

Valtteri Bottas was unlucky to have a puncture three laps from home, which meant a pitstop for a fresh Pirelli and 11th place.

And Dani Kvyat was also unlucky when his AlphaTauri snapped sideways without warning and fired him into the fence in a monster crash that means he will need a new car for the return to Silverstone next weekend.

And then there was Nico Hulkenberg.

The last-minute replacement at Racing Point for Sergio Perez, who is down with COVID-19, didn’t even get out of the garage on race day.

The hapless German holds the unenviable record of the most F1 race starts (177) without scoring a podium, having raced for Williams, Force India, Sauber, Force India again, and Renault from 2010 to 2019 before losing his place in F1.

His Silverstone call-up looked like a rare piece of good luck, although he battled through qualifying, but the car with the familiar #27 on the nose and ‘Hulkenberg’ on the headrest failed to fire on race day.

According to Racing Point CEO, Otmar Szafnauer, “There was a drivetrain seizure which is still being investigated”.

And Hulkenberg? Somehow he was calm and composed.

“It’s a bit crazy isn’t it? Somehow it fits into all these crazy days that I’ve experienced, but obviously kind of disappointing for me and the team,” he says.

“It’s been a jump into the deep end this weekend, but I’ve enjoyed the opportunity to work with the team again.”

There was plenty of happiness for Hamilton, who drove a flawless race with every lap in the lead as his luck carried him over the line with a 5.9-second margin over the fast-closing Verstappen.

However, it can be argued that a six-time world champion makes his own luck and Bottas had a similar puncture that took him out of second place.

“My heart nearly stopped. I’ve definitely never experienced anything like that on the last lap,” says Hamilton.

“I wasn’t sure it had gone down until I hit the brakes and then I could see the tyre falling off the rim. I nearly didn’t get around the last two corners.”

Verstappen was philosophical after stopping for fresh tyres on advice from a Red Bull team that was concerned by Bottas’ failure.

Scooping the final podium was a surprised Charles Leclerc who gave Ferrari some much-needed good news with his second podium of the season following a frustrating first few races. But he says it was luck, not speed, that got him to third.

“We know we were a bit lucky, but sometimes these things happen and you need to be there to take the opportunity,” says Leclerc.

“We extracted absolutely everything from the package today. Of course, we don’t want to be fighting for fourth place for too much longer, but at the moment that’s what our car is capable of.”

Daniel Ricciardo was battling in a torrid midfield pack in the early laps and came through for fourth.

“We were assisted by some chaos, but we were definitely a top-six car today and that’s pleasing. Even though I know we’ve been lucky, but even with P4 I was happy with how we managed the race,” he says.

With another race at Silverstone next Sunday, there’s still a chance for Hulkenberg to change his fortune as Perez remains quarantined and also needs clearance from another clear COVID test before he can return to racing.

But Hamilton looks unbeatable and, with his luck, could easily score once-in-a-lifetime back-to-back wins at Silverstone.