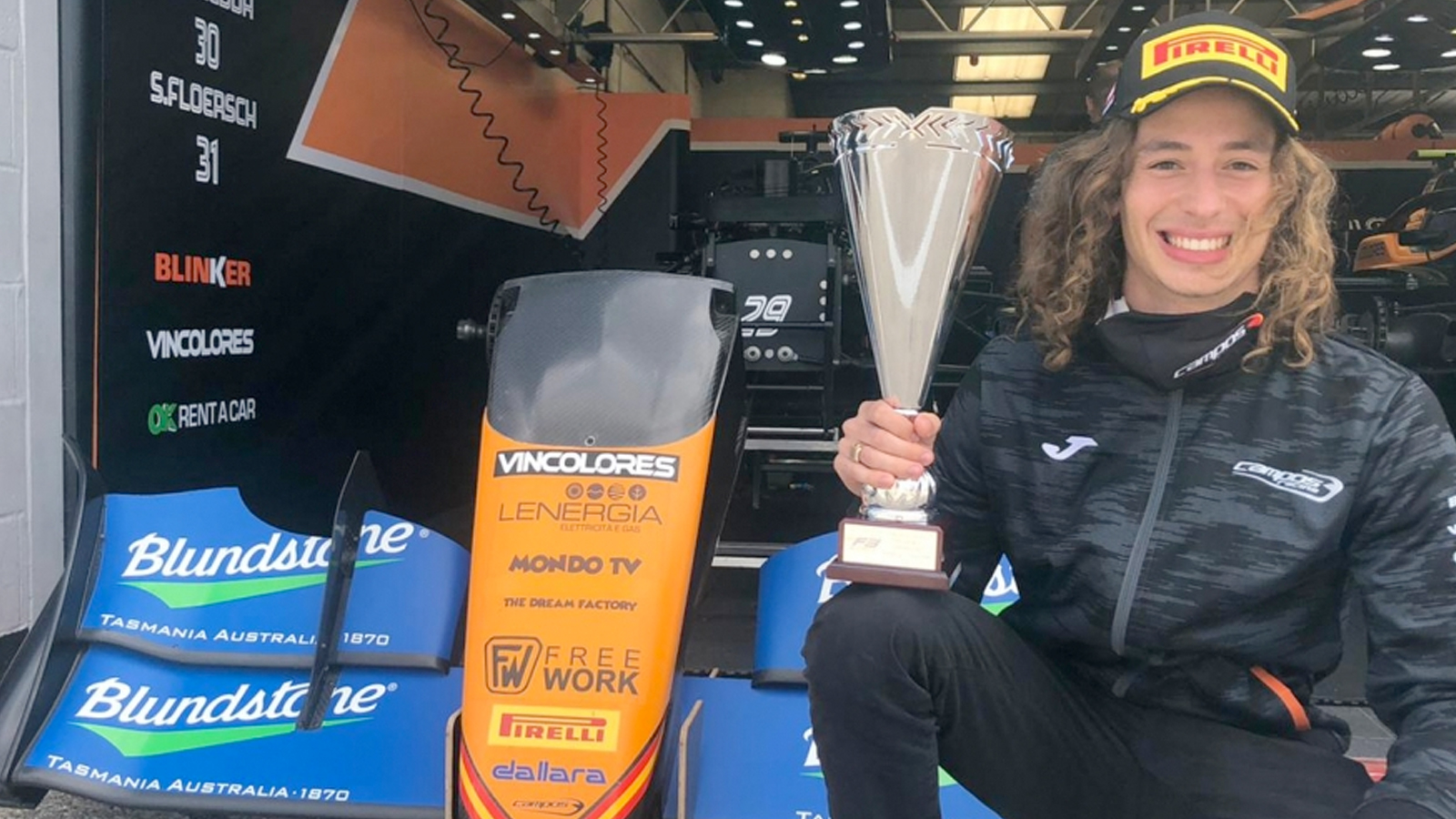 Reverse-grid racing has been a controversial topic for Supercars in 2020 and the best and worst of the system is reflected in results from Silverstone in the UK.

Australian drivers were winners and losers in the FIA Formula 3 championship supports for the British Grand Prix, with the reverse-grid race making the difference.

Alex Peroni managed another podium finish on Sunday morning while Oscar Piastri was punted off the road and eventually failed to finish.

Yet Piastri was second in the ’regular’ race on Saturday and Peroni was also a solid sixth.

“It was good to be top six in qualifying and the first race, and finish the weekend with a podium,” says Peroni, who is now eighth in the championship.

Piastri is the series leader approaching the halfway point for 2020, but was less happy.

“It’s just unfortunate, it wasn’t looking like the best weekend anyway, but I see that compared to the other frontrunners the situation is quite even in terms of luck,” he says.

The F3 format means drivers qualify for a straightforward 40-minute contest on Saturday afternoons, but then the finishing order is inverted for the Top 10 to set the grid for Sunday’s feature race. So finishing 10th on Saturday translates into pole position for Sunday.

Points for the races reflect the difficulty involved, with four points for the quickest qualifier on Saturday and then 25 for the race win down to 1 for tenth; on Sunday the winner only gets 15 points but there is still 1 for tenth. There is also a single point for fastest lap in each race, but the driver must finish inside the top 10 to get it.

Four Australians are racing F3 in 2020, as well as Kiwi race winner Liam Lawson, and Piastri is obviously doing best ahead of Peroni – who has two podiums – then Calan Williams in 23rd and rookie Jack Doohan in 27th.

But it’s the front-runners who must battle the reverse-grid uncertainty as they fight – often with budgets of more than $2 million – to advance from Formula Three towards their dream of a grand prix future.

Piastri has been quick and consistent through the first half of 2020, easily justifying his place in the Renault junior squad, but was feeling flat after the reverse-grid drama at Silverstone.

“Not the best of days. I got pushed off a few times at the start of the race so I lost quite a few positions, and then the DRS (Drag Reduction System) stuck open so I couldn’t see the finish.

“I’m not too disappointed as long as next week is okay. Heads up and let’s keep working.”

For Peroni, who has lacked speed after a podium at the first weekend in Austria, things are starting to look up.

“This weekend I had the car speed to take advantage of any overtaking opportunities. We made progress throughout the weekend with a good step forward in Race 2,” Peroni says.

“The second race was close all the way, but I really couldn’t have finished any higher. It’s very hard to overtake in dirty air when the driver in front also has DRS, unless he makes a mistake.

“We can still improve, and I hope we can keep that going in the remaining rounds.