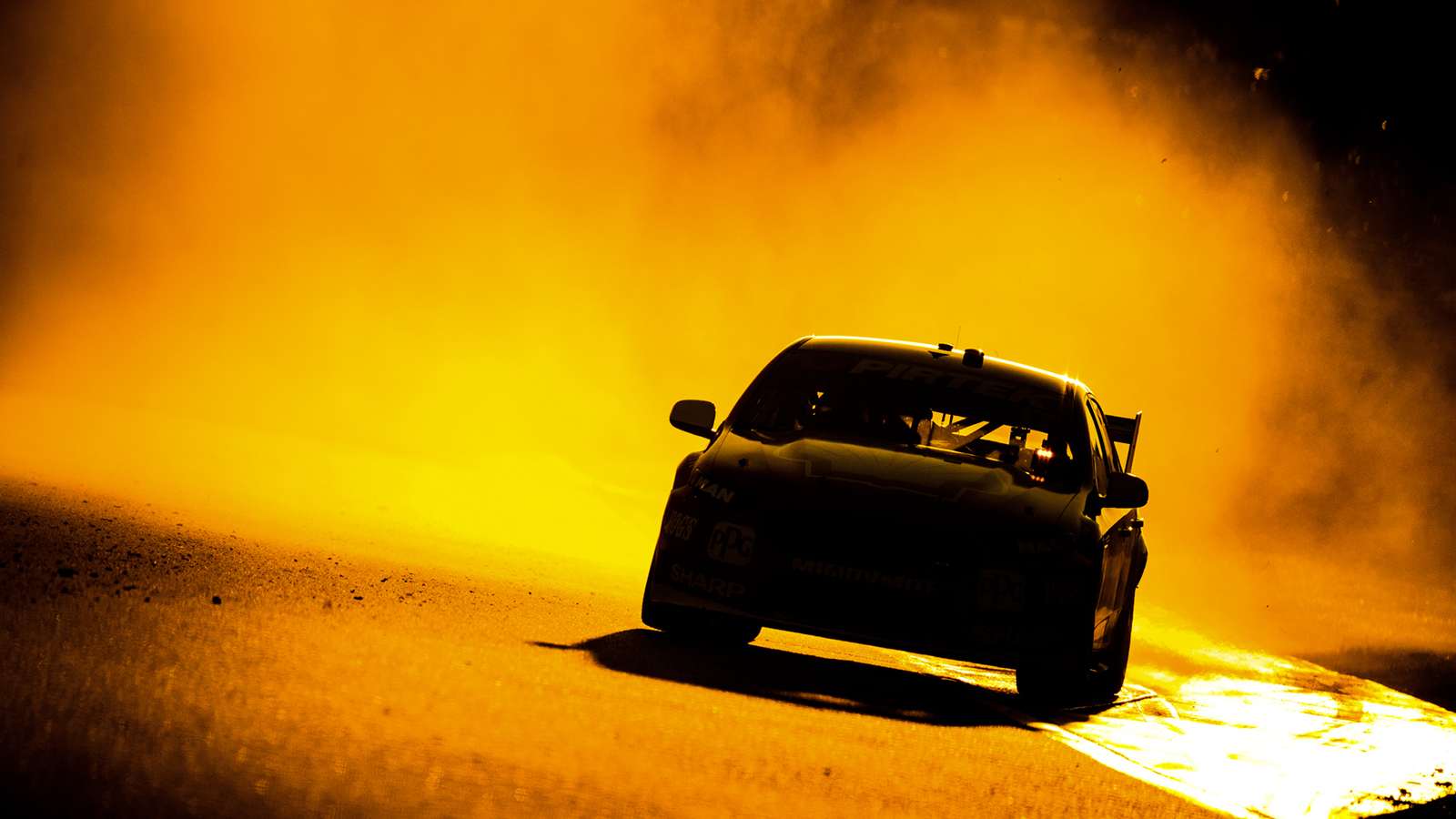 The Supercars calendar for the rest of 2020 is looking clearer with a firm go-ahead for back-to-back races in Darwin.

The first Darwin race has been postponed for a week, and the second could be a midweek event with twilight racing, but there is no threat to them happening.

Townsville is also firm as a double-header, there could be another double-header to follow at Queensland Raceway, and the Bathurst 1000 is safe.

The positive message comes from Sean Seamer, the CEO of Supercars, as he goes public with plans to keep teams on the road and racing for as long as possible.

“It’s not easy, but it’s not a nightmare. Everyone is passionate what they’re doing,” says Seamer.

“The clear sentiment from all the teams is that they’re on the road and want to go racing. Everybody is just digging in.”

Even so, there are ongoing questions marks over Sandown, Symmons Plains and Perth, with the likelihood they will be binned if the current border closures and border restrictions remain in place.

“Unfortunately we’re not like a ball sport where you can throw the guys on a plane and we’re away.”

The travelling circus of Supercars teams and broadcasters is around 250 people and, although Seamer will not discuss the finances, the disruption to the original 2020 calendar and the ongoing tweaking is costing millions of dollars.

Darwin became the latest tipping point this weekend when the Northern Territory government declared Brisbane as a COVID hot spot, which impacted on everything from the opening of the territory border to transporters to the timing of a charter flight for personnel and even the quarantine arrangements in Darwin.

Delaying the Darwin1 race meeting has satisfied the lawmakers in the NT and the next step is re-scheduling Darwin2 to ensure teams have enough time to travel directly back to Queensland for the Townsville1 meeting.

“At this point in time we’re not making any changes to Townsville. The clear sentiment from all the teams is that they’re on the road and want to go racing,” Seamer says.

One detail which is confirmed is the Dunlop tyre allocation in Darwin; there will be three sets of hard tyres and two sets of softs for Darwin1 and five sets of soft tyres for Darwin2.

Queensland Raceway is much more likely to happen, with Seamer admitting “we are absolutely looking at that as an option”, but he will not be drawn on other possibilities.

“Don’t expect any further announcements around plans post-Townsville until, probably, we get closer to Townsville. It’s difficult to plan more than 4-6 weeks ahead at the moment.

“Unfortunately, no-one could have predicted that people would go shoplifting in Victoria. You can only control what you can control.”

Even so, he is dropping hints.

On Queensland Raceway: “That will really depend on what happens with the hot spot around Ipswich. It’s too early to speculate on that.”

On Sandown: “You’d be overly optimistic to expect a race there in September. That is highly unlikely.”

On Perth and Symmons plains: “They are a watching brief at the minute. It depends on where we are coming from, and then going to.”

There is growing speculation that the championship will finish at the Bathurst 1000, although there is some hope of a grand finale back under lights at Sydney Motorsport Park, and Seamer is bullish about Mount Panorama.

“Bathurst is our priority. But, also, we want to deliver the championship. We want to be able to award the silverware at the end of the year.”

Seamer confirms that planning is a day-by-day proposition and that there are multiple scenarios for every event, including the details of the double-header in Darwin.

“We’re on our way to Darwin. We’re going racing.

“What we’ve shown, if nothing else, is a preparedness to try different things. One of the things that’s come out of this is a high degree of flexibility from the teams, and a willingness by the Commission to innovate.”