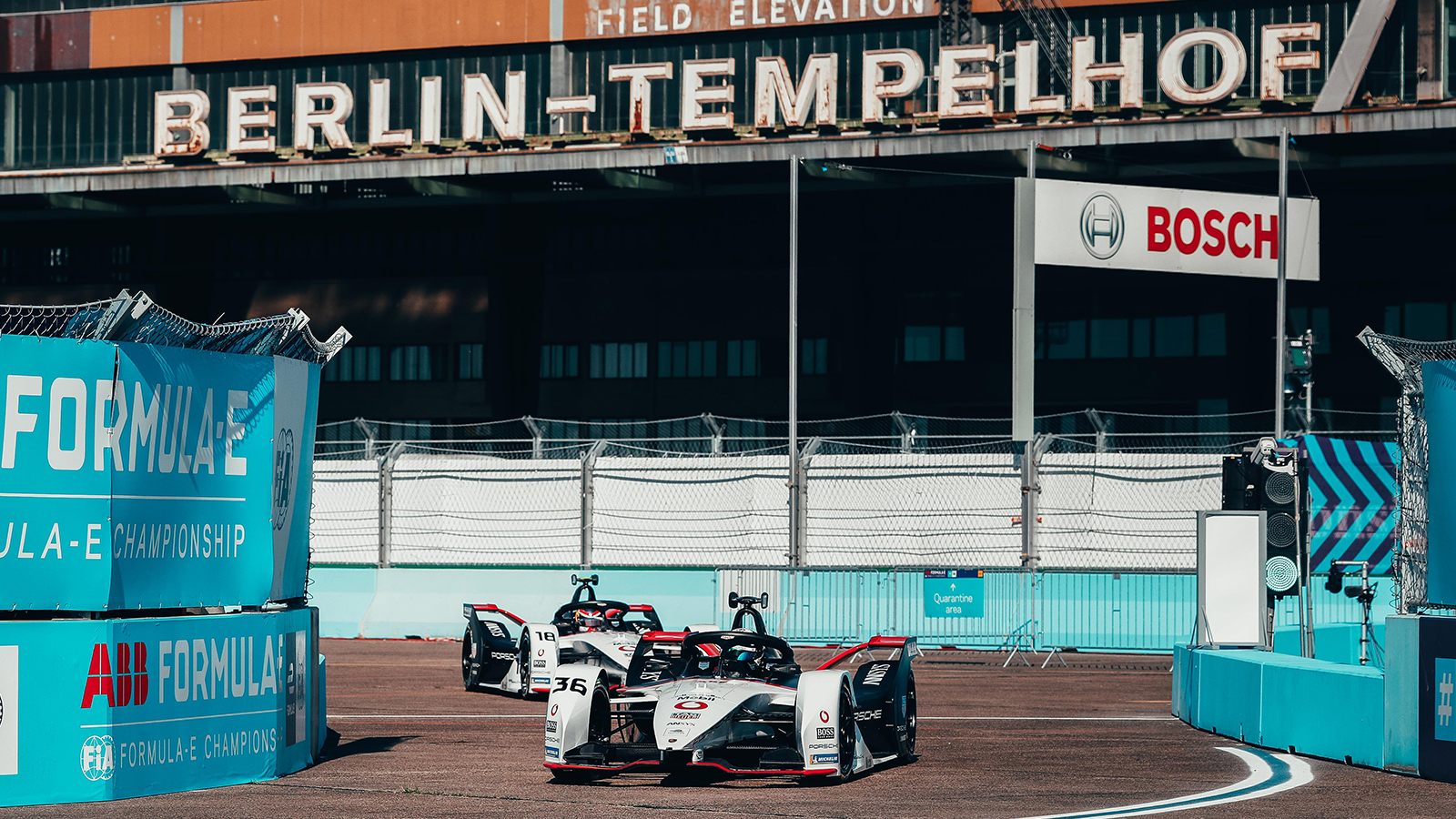 As Supercars battles through its double-header delay drama in Darwin there is a six-pack series finale underway in Berlin.

Australian interest in Formula E is low, at best, but the single-seater category’s approach to racing in 2020 sets the global benchmark.

While Supercars is going for double-doubles, an approach also taken by MotoGP as well as IndyCar and NASCAR in the USA – despite the announcement this week there will be no spectators at the classic Indianapolis 500 – the Formula E summer series decided to literally race through to a championship result in Germany.

So it timetabled six races in just nine days, all in the same location at the deserted Tempelhof airfield in Germany that was an airlift lifeline to Berlin during the stand-off between Russia and the USA after the end of World War II.

Tempelhof is a seedy site but giant concrete runways and loading bays are ideal for a temporary racetrack, making it a regular member of the six seasons of Formula E.

Racing is easier for Formula E because the battery-electric open-wheelers can race on custom-made street tracks instead of dedicated motorsport circuits. Roll in the concrete barriers, set up a temporary pitlane, and the job is done.

It’s an approach which has worked well through the first five seasons of Formula E, because the cars are relatively slow, and has allowed for green-power contests in some of the world’s biggest cities. Paris and New York are regular fixtures and so is Hong Kong, where I saw the cars race.

Formula E can be confusing because there is virtually no noise, apart from squealing Michelin tyres and the zizz of over-sized slot cars.

But the racing is close and combative, with a lot of top-drawer drivers in the field.

Sebastian Buemi and Stoffel Vandoore are Formula One refugees, Andre Lotterer won Le Mans, and Kiwi Mitch Evans gave up his F1 dream for a solid future in Formula E.

It’s easy to dismiss Formula E as ‘green washing’ by European companies that want to show the world they are working towards an electric future, and doing the right thing for the environment, which is one reason why Porsche and Mercedes-Benz joined the field for the latest season.

But Audi, BMW and Citroen DS are also involved, along with Jaguar, and that points to a potential revival of the old ‘Win on Sunday, sell on Monday’ mantra for car company showrooms.

It’s no surprise that it’s prestige carmakers doing most of the heavy lifting through Formula E, although Nissan is also deeply embedded in the series.

They are using it as an accelerated development program, as well as a to provide bragging rights for early-adopter customers.

Look at where they’ve been and BMW and Jaguar were in Formula One, Porsche and Audi were at Le Mans, while Nissan was even in Supercars in Australia.

Mercedes-Benz? It’s taking an each-way bet with Formula One, which works as a technology showcase because Lewis Hamilton’s Silver Arrows racer is a high-tech hybrid.

Tesla is an obvious absentee, but sees no need to compete. Same for General Motors and Ford.

At the track, as I was in Hong Kong last year, the Formula E audience is far younger than you find at a Supercars race. The rapid-fire one-day format also means they can get a quick hit. And there are lots of high-tech subsidiary companies, think computers and mobile phones, in the corporate entertainment areas.

This week, as Antonio Felix Da Costa wins in Berlin with DS Techcheetah, Formula E is putting all its eggs into a six-race basket. It’s switching things around by running four races on the same course, but doing two in the reverse direction, before creating a different layout for the final double-header.

Da Costa has a big lead in the championship, ahead of Evans at Jaguar and Britain’s Alexander Sims at BMW, and is unlikely to be beaten through the six-pack battle in Berlin.

But there is more at stake in Formula E than trophies and champagne, even if Australia is a long way from the electric new-car revolution that’s picking up pace in Europe.