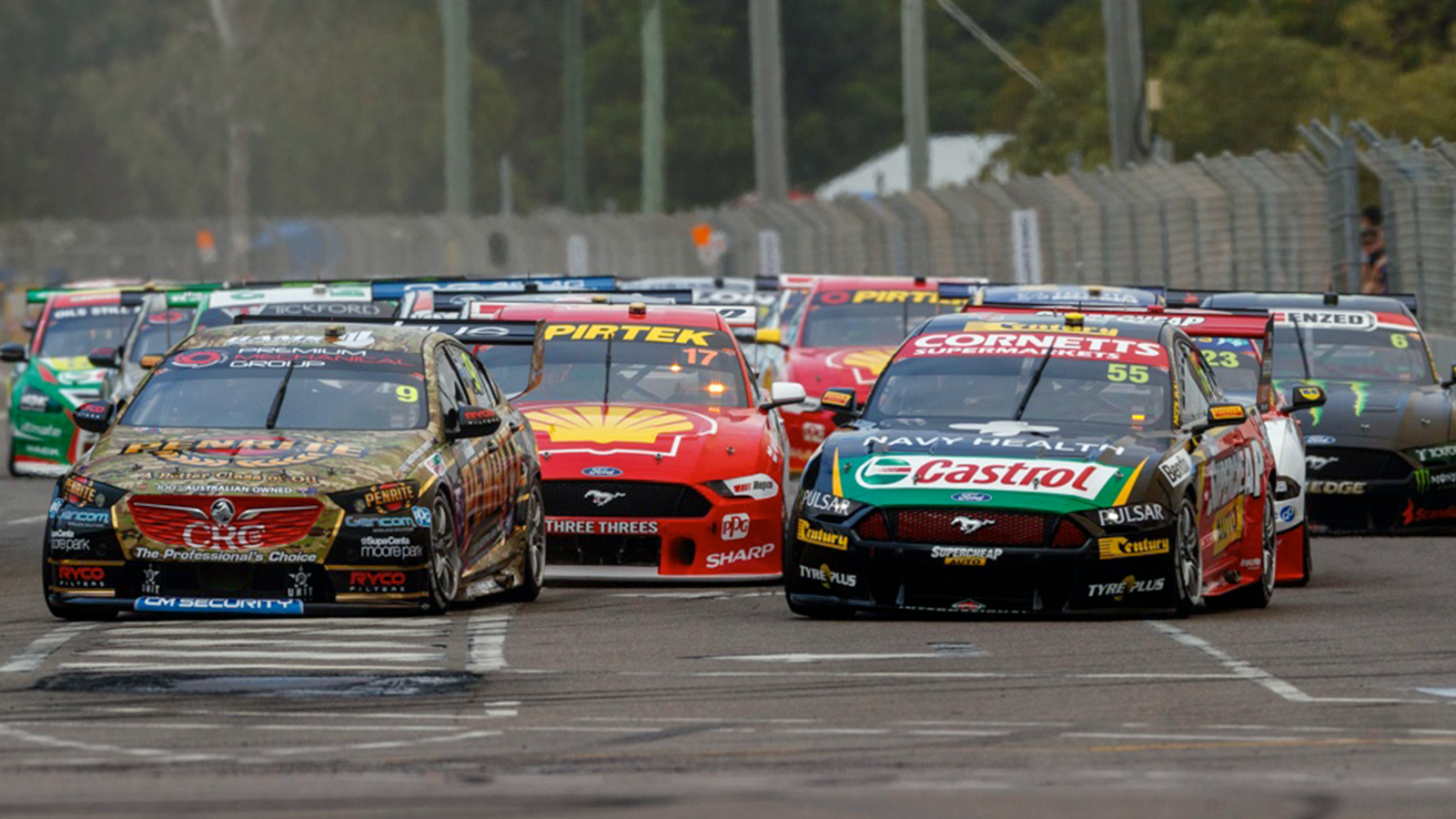 The northern swing of the Supercars circus is picking up pace despite this weekend’s delay in Darwin.

There is no racing at Hidden Valley until next weekend but there is still plenty of action on the Supercars front.

Townsville is today confirmed as the third double-header on the 2020 calendar, complete with spectators and support categories, with a confirmed future for the next three years including a naming-rights sponsor.

The next step in the Supercars program is confirmation of a new broadcast deal, which will happen sometime next week and ratify the involvement in the Seven Network from 2021 with the promise of live coverage of racing on every Sunday in the championship.

Another northern double-header, at Queensland Raceway, is also close to confirmation and an announcement as Supercars works to complete the calendar leading up to the Bathurst 1000.

Although it is still only a ‘maybe’, there is also talk around a grand finale with lights and fireworks at Sydney Motorsport as the culmination of the 2021 championship. This idea would create another Supercars spectacle and allow the Bathurst champions to have their podium moment alone before the focus shifts to the series champion in Sydney.

Looking down the road to Townsville, Supercars says there will be a double-header with racing on August 29-30 and then September 5-6.

The meetings will pick up the same three-sprint format used successfully at Sydney Motorsport Park and there will be fans at the track, although no-one is talking about the exact number yet.

“Tickets for both weekends are limited,” is the only comment from Supercars.

But Supercars is happy to announce that NTI, a truck insurance and roadside assistance company, will be the naming-rights sponsor for Townsville and the August 29-30 will be called the NTI Townsville Super Sprint.

It’s a three-year deal, which means Supercars has a long-term commitment from the Queensland government for the FNQ street race.

“We’re proud of how Supercars and all the race teams involved have remained committed and adaptive to this year’s race season,” says the CEO of NTI, Tony Clark.

“We know how important it is to the fans, and everyone involved behind the scenes, to keep the spirit and competition alive.”

The final piece of the puzzle for Townsville – for now – is confirmation of support races.

There is no sign of the high-profile Carrera Cup for Porsches or the Toyota 86 series, or even Super2, but Supercars says it will draw on local competitors for three categories across the double-header.

On the second weekend the program will include races for the Hyundai Excel series.

“It’s about getting motorsport back out on track both for drivers and fans alike – and at all levels, not just the main game,” says Nathan Cayzer, who is helping to organise the supports.

“Any chance we can get to allow the motorsport community to get their engines running again, especially around one of Australia’s best street circuits at Townsville is an opportunity not to be missed.

And what comes after Townsville?

Officially, it is Bathurst, but another road train down to Queensland Raceway seems like a solid bet.

The QR option is close, but Seamer is not ready yet to confirm it.

“We are absolutely looking at that as an option. Don’t expect any further announcements around plans post-Townsville until, probably, we get closer to Townsville,” he says.