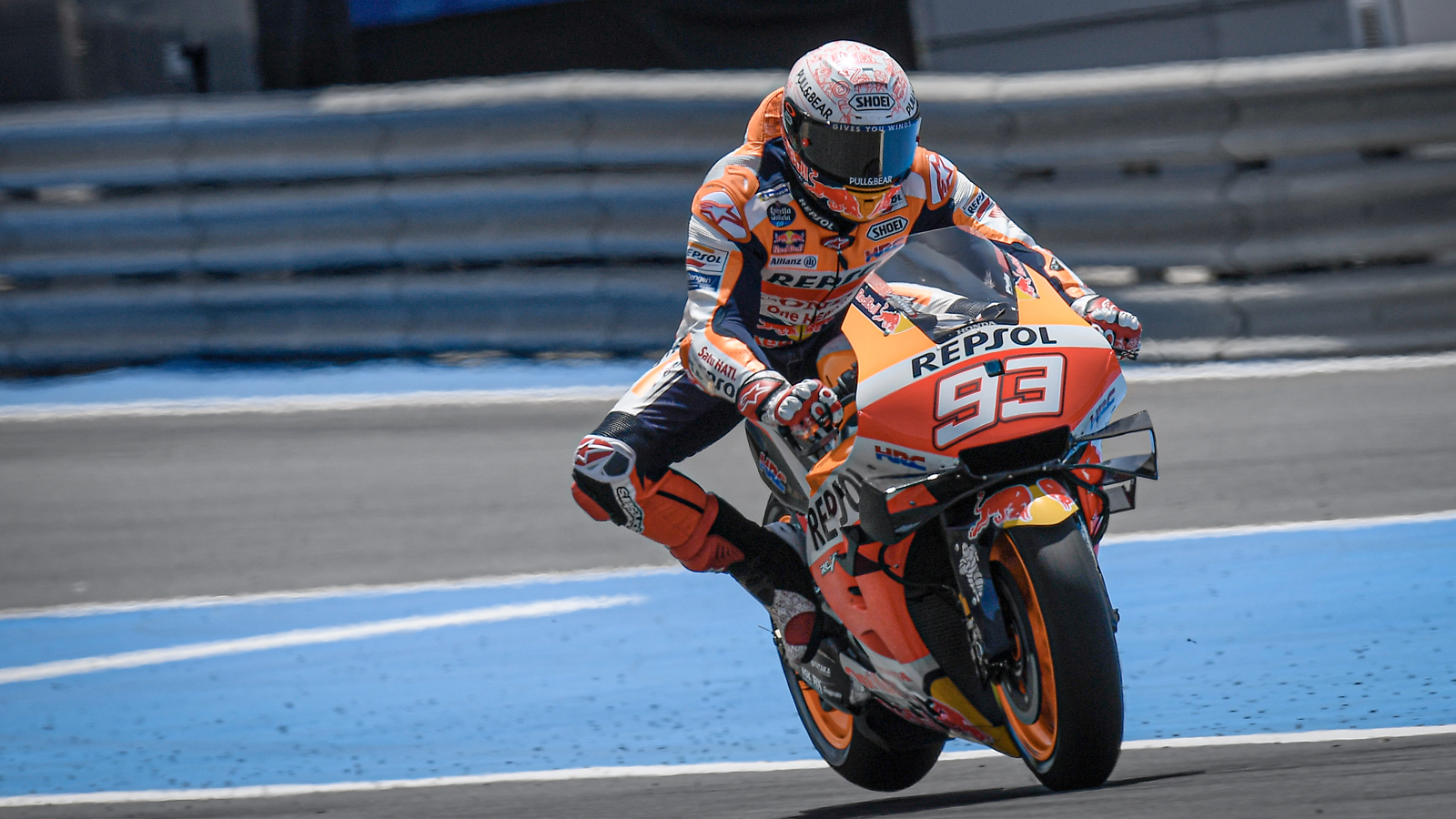 It’s too early yet to write mercurial Marc Marquez out of the shortened 2020 MotoGP title race, despite the Spaniard being out of action for this weekend’s Czech Republic Grand Prix following an unexpected second round of surgery on his broken arm.

The eight-time world champion, who crashed heavily while leading the season-opening Spanish Grand Prix at Jerez last month, was forced back to hospital this week after a “domestic accident” – opening a large, heavy door at his home near Barcelona – stressed and broke the titanium plate in his broken right humerus.

The Spaniard is on the sidelines again as his rivals line-up at Brno – with Stefan Bradl drafted into the factory Repsol Honda outfit as his replacement – and, according to a Spanish newspaper, could also miss the next two rounds to be held at the Red Bull Ring in Austria.

If he returns to action for the San Marino GP at Misano on September 13, Marquez will still have eight races to chase down runaway championship leader Fabio Quartararo, who has maximum points after winning the opening two races in Jerez.

“He will take it as it is and when it is possible he will be back. He will manage it.”

When you consider that in 2019 Marquez dominated the races held at Misano, Catalunya, Le Mans, Aragon and Valencia – all of which are scheduled to host the remaining events in 2020 – he certainly isn’t without a shot of performing a miraculous comeback.

Even so, every race without Marquez gives his rivals added confidence of stealing his crown.

While Quartararo is the early-season favourite with Yamaha, Aussie Jack Miller still believes he can pull an underdog victory on his satellite Pramac Ducati.

Miller finished fourth with a mature ride in the opening race of the season and was set for a podium finish in the Andalusian GP only to crash out as his front tyre overheated due to the oppressive temperatures.

He admits that is the only mistake he can afford in 2020.

“We’ve had our one. One, OK, it can happen, but that’s all we can have, ” says Miller, who lies 37 points adrift of Quartararo in seventh place on the ladder.

“It’s unfortunate we made that mistake. I think if we want to be involved in this championship then I think we need to be not making any more of them now. Now we need to get this thing going if we want to try and challenge. I don’t think there’s nothing stopping us from doing that. That’s been my objective for the week – just focussing on that.

“And if we really want to try and challenge them, we need to try and take the maximum points this weekend.”

Miller finished third at Brno in 2019, behind Marquez and factory Ducati team leader Andrea Dovizioso, so has form on his side.