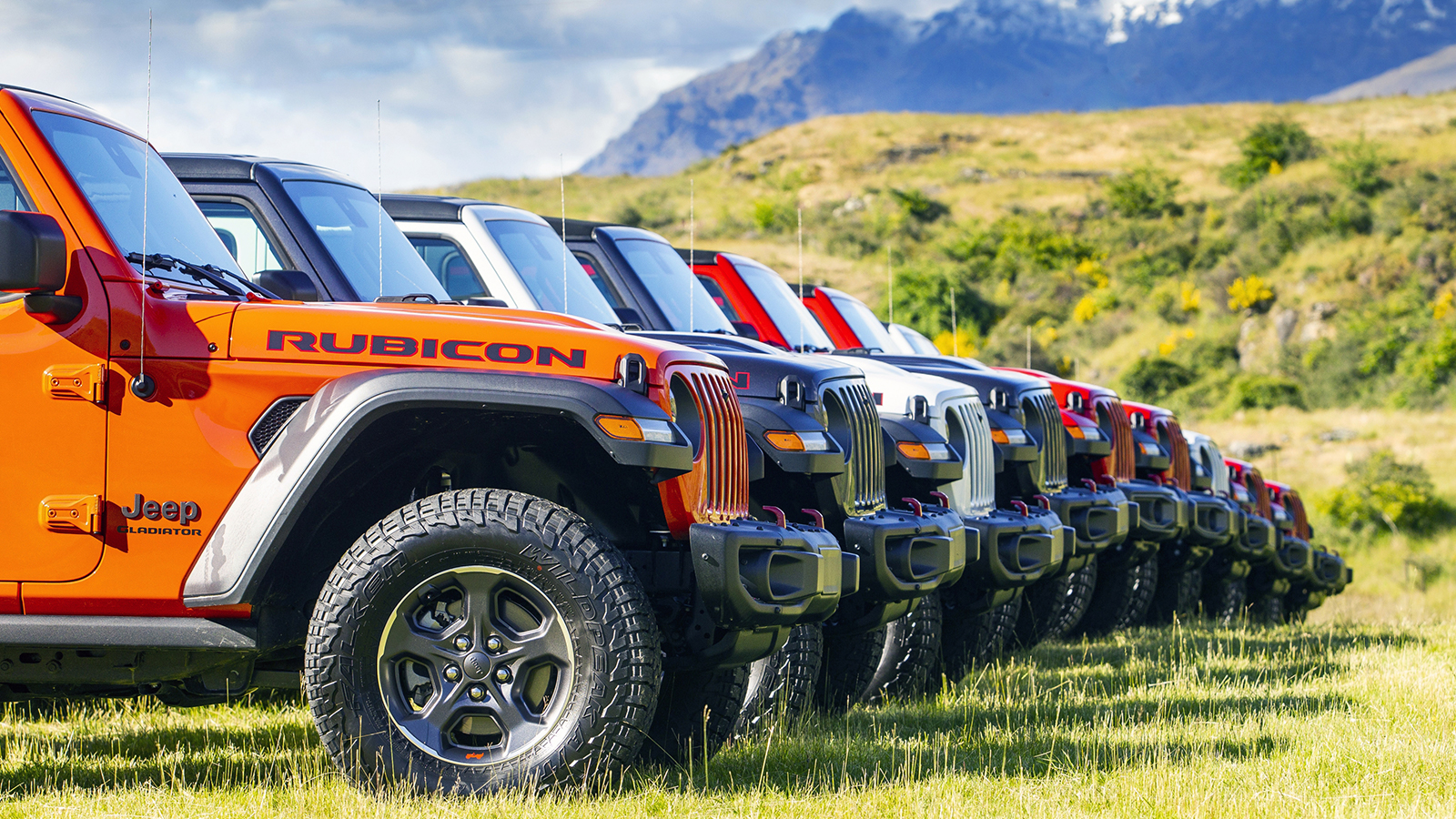 Finally there is a dual-cab ute that I like.

It comes from a most unlikely source and does not wear the badges of a Toyota HiLux or Ford Ranger.

In the past, Jeep has done the job in the bush but suffered – and created suffering – on highways and during city-and-suburban runaround work.

That’s particularly true of the old-school Wrangler, which was rough and tough and built with the worst of American quality.

But now Jeep is doing the dual-cab job for me with a long-wheelbase Wrangler that adds doors and a ute tray and is called the Gladiator.

It’s a tough name for a tough job but one that Jeep has done exceptionally well.

The basics of the Gladiator are the same as the all-new Wrangler that I drove, and also liked, this year.

The Gladiator rides well, performs well with a V6 petrol engine, has reasonable space in the cabin and tray, and tops all the mechanical stuff with a unique look and style that’s sure to be popular with the countless converts to ute motoring in Australia.

It’s a long way from a cheap workhorse, with a starting sticker of $75,450, but plenty of people are spending big on their utes and then spending even more on all the dress-up gear and off-road equipment.

The Ranger Raptor from Ford proves the point at $77,190, although there are plenty of lesser models with $50,000-something price-tags.

To make clear things from the start, I did not go off-road with the Gladiator.

There was no time or COVID-free access but, in any case, a single badge on the side of the big beast is all I need. It reads ’Trail Rated’ and that means the Jeep test crew have taken it successfully over the daunting Rubicon Trail to confirm its supreme off-road ability.

I, too, have a Trail Rated badge after tackling and surviving the Rubicon a few years back in an earlier-generation Wrangler. Parts of the trail involve driving over boulders as big as a two-door refrigerator, and there are giant drops and nasty climbs, so anything that can conquer the Rubicon is unlikely to struggle in Australia.

So, although the Gladiator is a serious four-wheel drive, it’s not harsh or blunt despite the styling.

There is wind noise at highway cruising speeds, but otherwise the Gladiator is a comfy place and an enjoyable drive. Passengers report the same.

The ute tray is not the biggest but is fine for the sort of work that most people do, and a dirt bike will fit with the rear tray laid flat.

My time with the Gladiator starts well.

Within an hour I’ve been approached by three people who want a close look, from a grey nomad to a company CEO who wants something better and more distinctive than a Toyota HiLux or a Ford Ranger.

They are all impressed. Me too.

Deeper into the driver I’m wondering about fuel economy that’s likely to be around 13 litres/100km in the city, but enjoying the punch from the V6 engine and the smoothness of the eight-speed automatic.

The Gladiator also has a friendly cabin with a big infotainment screen, although sometimes the Bluetooth connection to my phone is troublesome, and there is lots of the latest safety equipment including auto safety braking.

Just like the World War II original, this Jeep has a fold-flat windscreen and there are lift-out panels in the roof for the full explorer look and feel.

The turning circle is plain awful, and women on the test team find it tough to load logs into the high-set tray, but those are minor niggles.

The Gladiator is not just one of the ute crew, with stand-alone looks and a mechanical package that does what you need with plenty in reserve.

If I was looking to buy a new ute, this is The One.