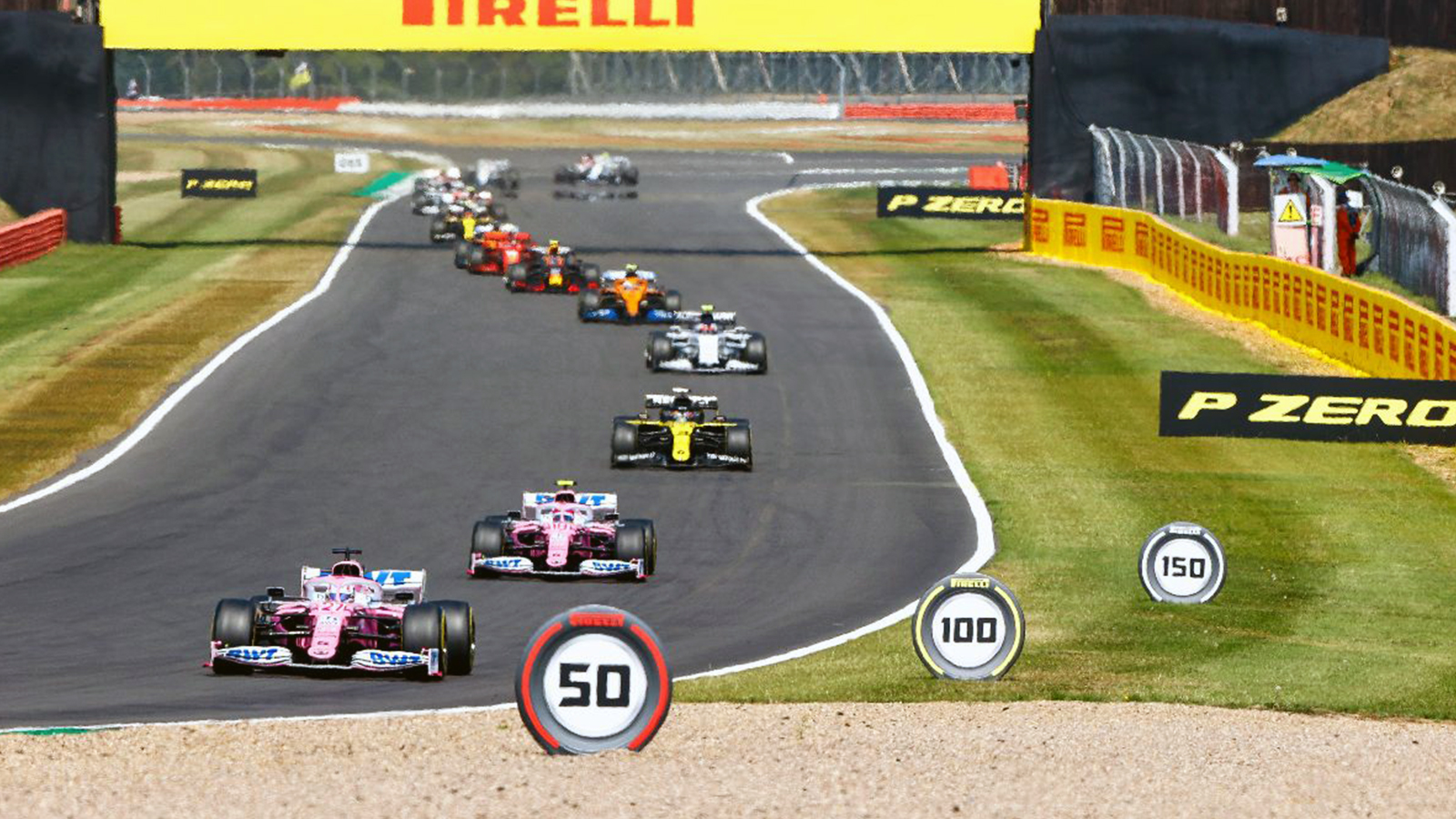 When it comes to birthday parties, the 70th for Formula 1 at Silverstone was a non-event.

There were no guests, no cake and a lot of people seemed to be rather grouchy because the whole affair was overshadowed by the quibbling and mud-slinging over the rear brake ducts on the Racing Point cars.

I challenged myself to sum the whole thing up in just 100 words, rather than trying to explain the 14-page FIA decision and this is what I came up with:

Renault complained that Racing Point’s brakes ducts had been designed by Mercedes. Racing Point admitted it started with a Mercedes design but could no longer use that because of a rule change. The designers felt, however, that it was impossible to improve on the design but argued that making that decision was proof of a design process. The FIA disagreed, saying that Racing Point should be fined and docked 15 points for the whole season, although the offence was minor. Thus, having paid its penalty, the team is allowed to use the same parts for the rest of the year.

This all seemed very sensible until McLaren boss Zak Brown got up and said that it was all “BS”, which I took to mean “bull shit”, although there seem to be endless other acronyms, including Bachelor of Science, Britney Spears, the Bahamas, balance sheet, baking soda, blue sky, bisexual, boy scouts, Bruce Springsteen, Briggs & Stratton, bomb squad, and so on.

Brown went on to say that as far as he was concerned the car was illegal and that the claim that Racing Point had copied the Mercedes design using photographs was not true.

“It’s clear from reading the document that that’s BS,” he said.

“And therefore you have to question anything else around that car. I think this is potentially the tip of the iceberg, the starting point of looking at what’s happened here.”

I cannot say that I reached the same conclusions after reading the complex 14-page decision. I was dumb enough to think it was an impressive piece of work.

Anyway, Brown upset pretty much everyone by saying this, including the FIA, which went over the car with a fine tooth-comb in March, overlooking only the brake ducts.

“We did a very extensive survey and found that what they claimed to be the methodology used was very substantiated,” the FIA’s Nicholas Tombazis says.

“We were convinced that was the case.”

Brown also upset Mercedes – his future engine supplier – which continues to argue that it has done nothing wrong and would not do what it is accused of doing.

But, most of all, Brown upset the Racing Point bosses.

“He’s got no idea what he’s talking about. Zero.

“And I’m surprised at how little he knows about the rules of F1. It seems to me he knows more about historic racing than he does about F1.”

“I am extremely angry at any suggestion we have been underhand or have cheated – particularly those comments coming from our competitors. These accusations are completely unacceptable and not true. My team has worked tirelessly to deliver the competitive car we have on the grid. I am truly upset to see the poor sportsmanship of our competitors.

“I understand that the situation in which the FIA finds itself is difficult and complicated for many reasons, but I also respect and appreciate their efforts to try and find a solution in the best interests of the sport.”
Renault, McLaren, Ferrari and Williams all announced their intention to appeal the decision.

Stroll said that, by doing so, they are “dragging our name through the mud and I will not stand by nor accept this.”

At the same time, Mercedes boss Toto Wolff was also clearly annoyed by the fact that Mercedes now seems to be alone in its opposition to the terms of the new commercial agreements that have been offered.

Originally, Wolff was in an alliance with Ferrari to try to negotiate a better deal but, in the finest traditions of F1 negotiation, Ferrari got what it wanted and so gave up the fight.

Wolff is not impressed at that, coming as it does soon after Ferrari got away with a secret deal regarding the legality of its power unit in 2019.

The team was not found guilty of having run an illegal engine, but it is also fair to say that nor has it found to have been innocent. The only satisfaction in all of this for Wolff is that Ferrari’s performance is woeful – and will remain woeful for some time to come.

At the end of the day, all of this detracted from the really big story of the moment, that teams are beginning to find it hard going financially.

I hear that about half the teams received their latest payment from the Formula 1 group, but the bigger teams did not.

This is not surprising as F1 must be having some serious cash-flow problems. There is no doubt that everyone will get their money – but some of the payments will be delayed.

The biggest problem, however, will come early next year when teams potentially face a longer calendar and getting ready for new rules in 2022. Their share of the revenues should go up by about 30 per cent for the mid-sized teams, but one must take into account another key point. If your cake is half the size of last year’s cake, even if you get more in relative terms, you’re going to get to eat less.

As I understand it, Mercedes is the big loser in this because, while Ferrari gets a special Longest Standing Team payment, all the other special bonus funds disappear, as do historical payments to McLaren and Williams.
Red Bull is OK because the revenues from two teams probably balances out the losses to Red Bull.

The big question now is whether all the small teams can survive and, if they do, how much debt will that require? Teams still have a value but if they have heavy debts already they are going to be less attractive to buyers and some of them may be impossible to sell.

Once the deal is done we can expect to see Chase Carey disappear from the scene, his job with Liberty Media being done.

But everyone is wondering what will happen next, as there is no obvious acceptable candidate within the sport who has the skills required at top-end US corporate level, although quite a few folk are sufficiently deluded to think they are up to the job. They also think themselves the world best comedians, brilliant intellects, the best dancers and so on.

Anyway, part from that, it is all a bit quiet.

But keep an eye on action from Miami in the USA as there is an election coming up and the Mayor of Miami-Dade County is moving on and challenging for a seat in Congress. He wants to land am F1 race deal before the election…

Oh, and watch out too for a street race in Jeddah, Saudi Arabia, for a few years.

The original plan to build an all-singing, all-dancing purpose-built track up near Riyadh might be delayed because the Saudi Arabian government budget is calculated based on an oil price of $US76 ($A106) a barrel and oil is currently only getting around $US42 ($A58) a barrel.