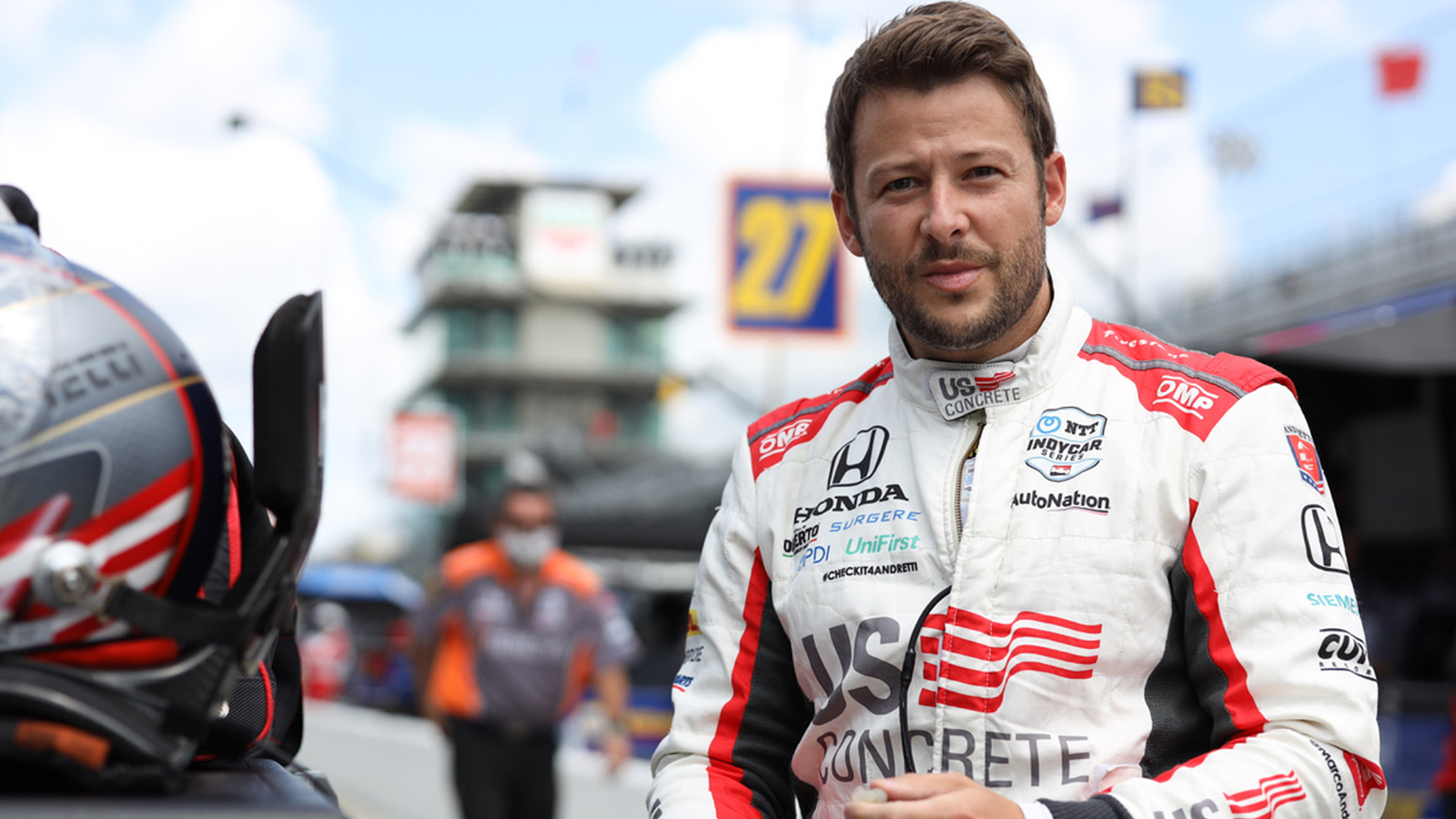 Words of wisdom from his grandfather help Marco Andretti claim an historic pole position for the 2020 Indianapolis 500.

On a super-tough day, with blustery winds and running speeds close to 390km/h, the third-generation IndyCar racer recalls the words he heard from Super Mario as he celebrates the Andretti family’s first pole position at The Speedway in 33 years.

“He said ‘The wind will scare you, but it won’t crash you’. He was right,” says Marco.

Indy is full of Andretti traditions and Marco even drives for the Honda-powered team of his father Michael, whose best finish at the 500 was second in 1991.

“He saved the day. We can celebrate today,” Michael says as he starts the celebrations, paying tribute to his son’s on-the-edge driving.

“It was unbelievable. The car was so loose and he didn’t take his foot off the throttle. He drove the hell out of it.

“He pulled it through, so really proud of him.”

Marco runs last in the Fast Nine shootout at the eerily empty Speedway but does the best of all, bumping New Zealander Scott Dixon out of top spot by the tiniest margin in a performance that also earns him a tasty cheque for $US100,000 ($A139,337).

“He deserves this. I know what this place means to his family,” says Dixon.

“These are living legends. Today, man, he got it done.

“Hopefully we can reverse that position in a week’s time,” he says, looking forward to the 109th running of the Indy 500 next Sunday.

Marco, who was only three months old when grandfather Mario last claimed pole for the Andretti clan, is showered in kudos by his rivals.

“I’m thrilled for him. The guy deserves it. He’s wicked fast. I know the love he has for this place,” says his Andretti Autosport team mate, James Hinchliffe.

“I know how much this means to Marco. It’s great,” says another rival, Ryan Hunter-Reay.

Eight of the cars in the Fast Nine shoot-out have Honda engines, including the final front-row starter Takuma Sato, but they are expected to lose some of their advantage over the rival Chevrolet power-plants once teams turn down their turbocharger boost for the race.

With the 33-car field for the race now locked in place, the two Australians in the field are set and ready.

An emotional Andretti is now the pre-race favourite and knows what Indy means after taking the pole.

“I was emotional. We put so much into it. This place means so much to us as a family,” he says.