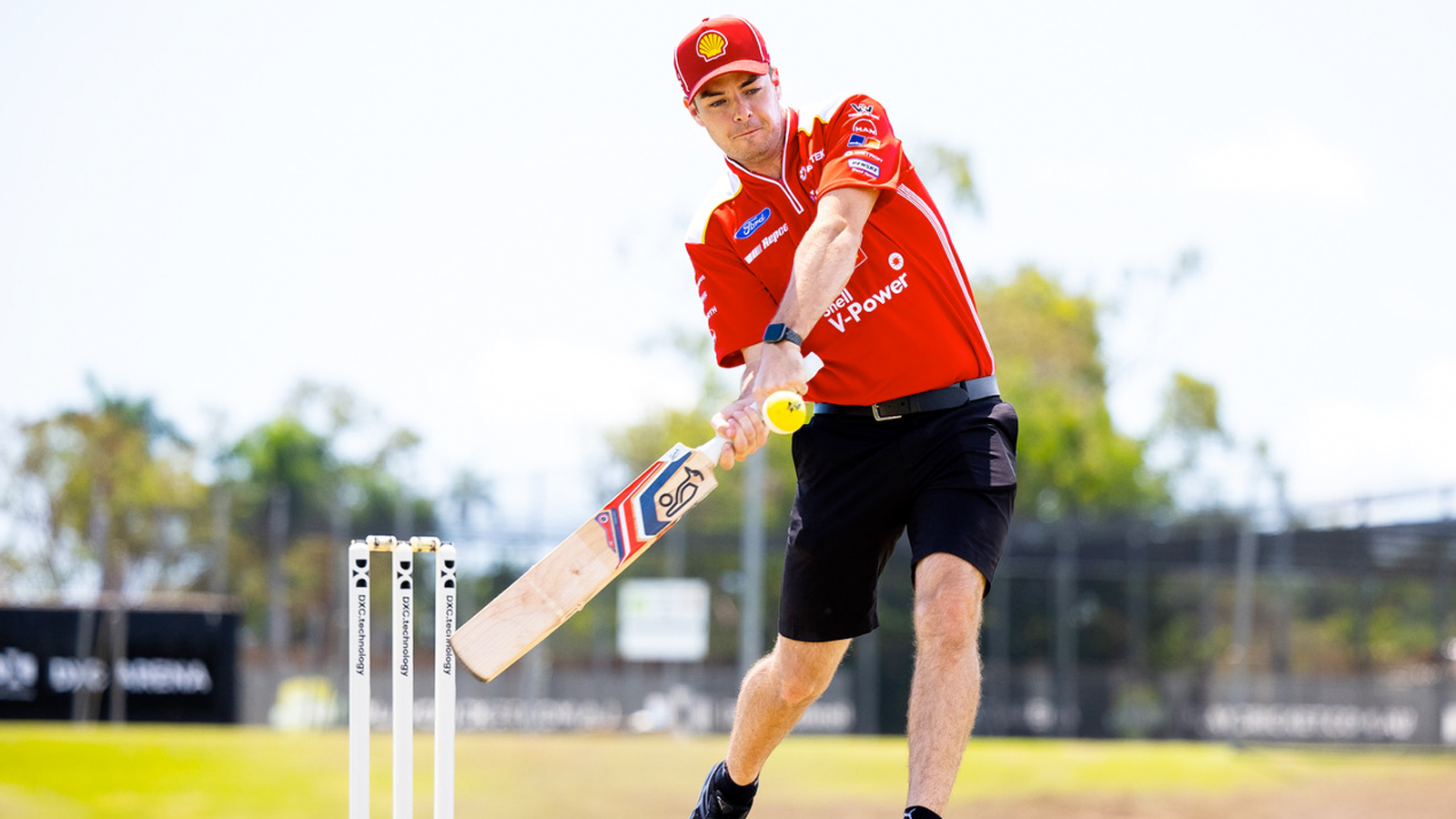 Scott McLaughlin shows his skill with the bat as Fabian Coulthard goes for the gloves during down-time in Darwin.

With a week to fill between the two legs of the double-header at Hidden Valley, the Supercars stars swap helmets and gloves for bat-and-ball during a friendly cricket session in the Top End.

Neither of the Kiwis is likely to trouble the selectors for their national team, but championship leader McLaughlin shows he is not just a cricket rookie.

“I actually played cricket in high school and was the wicketkeeper, and I think a lot of the skills, like needing quick reflexes, translates between both sports,” he says.

Coulthard is far less happy on the pitch.

“I’ve never played cricket; I spend all my time focussing on racing and at the go-kart track, so I’m not sure I really helped my team today but meeting the players and having a hit in the middle was a lot of fun,” he says.

Their cricket hit-out was a friendly event with some of the Northern Territory’s best senior and junior players and was held at the the newly re-named DXC Arena.

DXC Technology is the premier partner of NT Cricket and also a major partner of the Shell V-Power Racing Team.