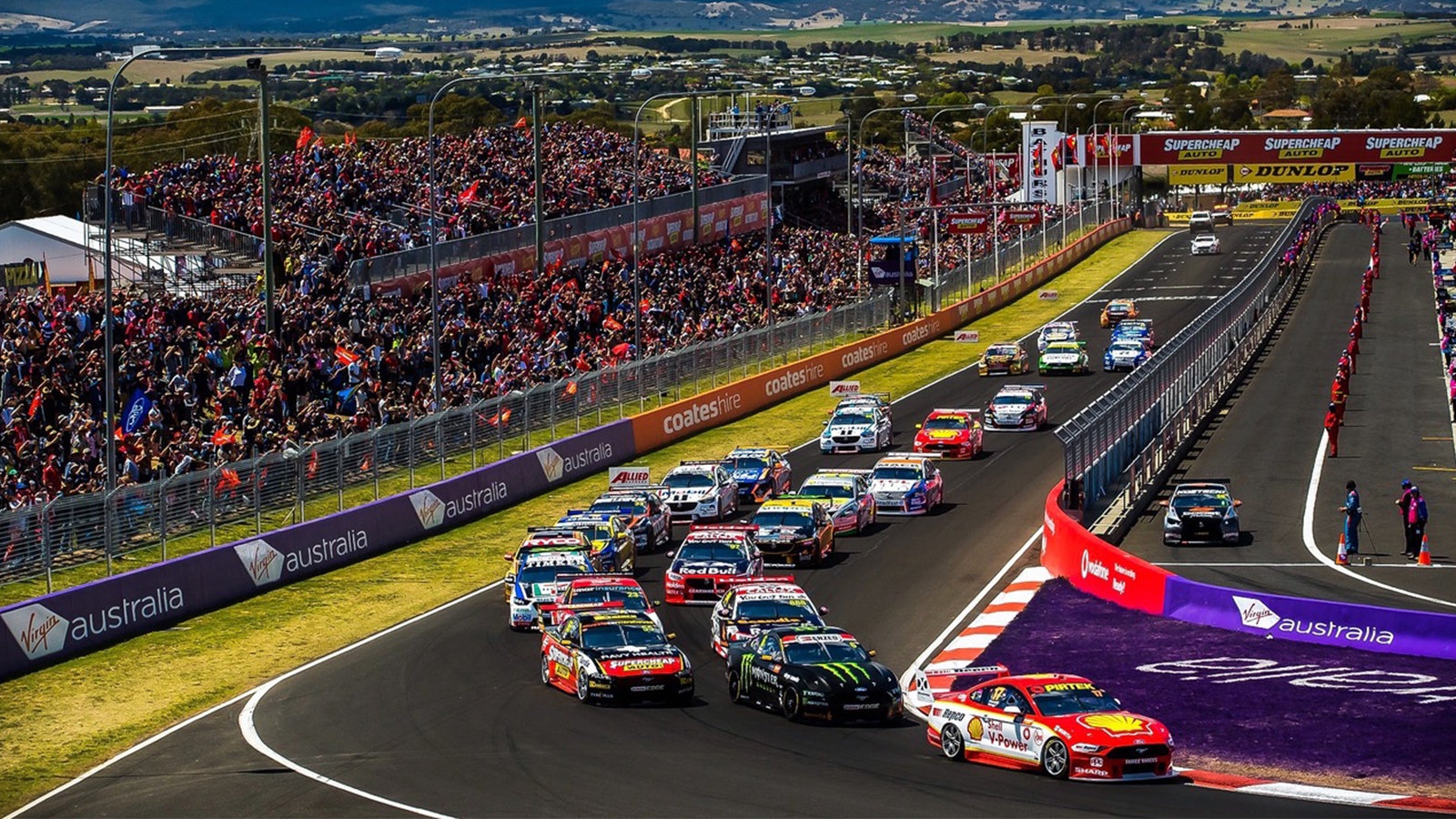 The Great Race is sliding back a week in October.

Battle fatigue for the travelling Supercars circus is forcing a calendar change which will move the Bathurst 1000 to Sunday, October 18.

The new date is set for confirmation today and will give teams an extra week to prepare for Mount Panorama after the planned double-header race weekends at Queensland Raceway in September.

The second of the provisional QR dates is September 26-27, which would give teams little more than 10 days to repair and completely rebuild their cars before the long grind south to Mount Panorama for the original race date on October 11.

As the Victorian teams will still be operating from their hive on the Gold Coast, with restricted access to their normal facilities and parts banks, a short turnaround could limit their competitiveness at the most important race of the year.

The date change will be debated later today by the members of the Supercars Commission, who will have to consider a wide range of moving pieces in the Bathurst puzzle.

Other factors that will play into the decision on the date include access by fans, accommodation in Bathurst with fewer locals leaving their homes during the coronavirus, television schedules and a potential decision on the site of the championship decider for 2020.

The Supercars championship is currently likely to be decided at Mount Panorama, but there are moves to extend the season by one more race – perhaps under lights at Sydney Motorsport Park – to create a separate grand final.

Moving Bathurst back by a week could also gain some vital breathing space in the changing landscape of state-by-state COVID-19 restrictions and quarantine requirements.

There is also a need to get travelling teams home as soon as possible after more than two months on the road and away from family.

The date change has become a major discussion topic among the various Supercars stakeholders this week, with Race News advised of the change by everyone from team bosses to Supercars co-drivers.

No-one is prepared to make a 100 per cent commitment to the new date, but several power brokers believe it is a done deal.

It is likely to have a knock-on effect on the timetable for the race weekend, with co-drivers unlikely to get any track time before arriving at Bathurst.

They could originally have been allocated special sessions at QR, but that idea is effectively dead because of the 14-day hotel quarantine required for interstate visitors entering Queensland.

Quarantine could also affect crews travelling from Queensland to Mount Panorama, although there is some hope of a dispensation for returning Queenslanders because the Supercars circus has been travelling in what is effectively a COVID ‘bubble’ since the double-headers at Sydney Motorsport Park.