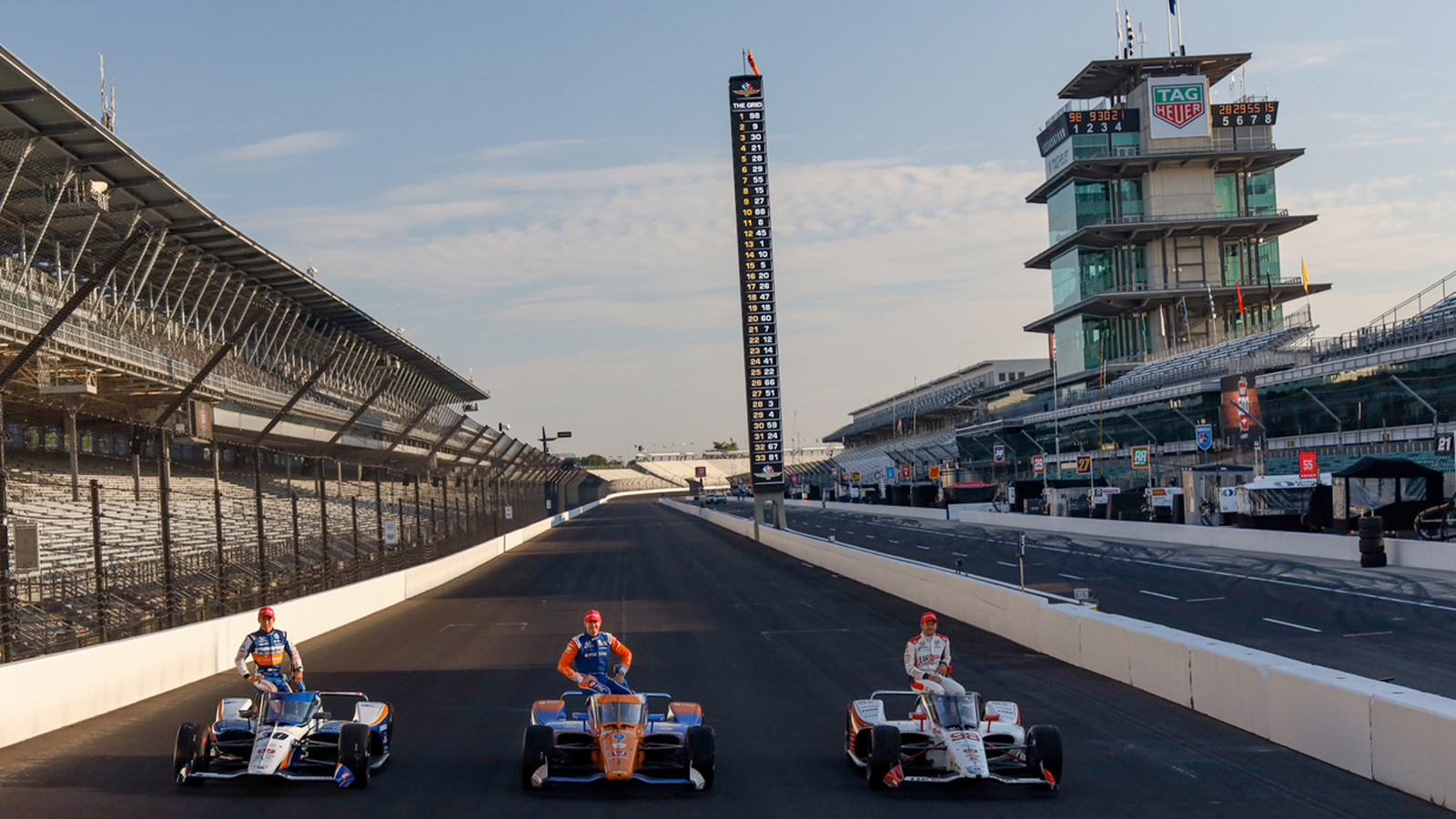 The 2020 running of the Indianapolis 500 is shaping as the most open contest in the recent history of the classic American contest.

After a rapid-fire run-up to the delayed 104th running of the race, third-generation racer Marco Andretti has emerged as the favourite to add his face to the giant Borg Warner Trophy that carries the image of every previous winner of the race – including his legendary grandfather Mario.

Andretti has been so fast and composed on the way to pole position for the race that pundits have tagged August as ’The month of Marco’, a twist on the traditional ‘Month of May’ tag for the Indy 500 events in a normal year.

But Andretti is not a shoe-in and Leigh Diffey, the highly-respected Australian commentator who heads the major-league broadcast team for NBC Sports this weekend, says there are plenty of potential winners in the 33-car field.

“I would say two-thirds of the field could win. I honestly would,” Diffey tells Race News.

“Could Josef Newgarden win it? Yes?

Diffey says there have been plenty of adjustments for this year’s Indy 500, from the late date to an absence of crowds, but the race itself should be a belter.

“When go to an Indycar race you don’t know who is going to win. And that’s a really good feeling.

“There are 33 cars at Indy, but we’ve had 27 cars at races this year. That’s the core of the field, and week-in and week-out there has been stellar racing.”

Diffey is keen to see how Fernando Alonso goes before returning to Formula One with Renault, if fellow Aussie Will Power can emerge from a 20-something starting place to become a two-time winner, and if anyone has the all-round strength to stop Kiwi Scott Dixon who is starting from the middle of the front row.

But he also knows that Indy in 2020 is not like any other race.

“It’s crazy. The thrill of Indy is obviously the race, but part of the thrill is the roar of the crowd, right from the driver introductions.

“It’s the crowd that makes it what it is. It’s the largest single-day sports crowd anywhere in the world.

“It’s the crowd noise in reaction to whatever happens on track. I think it will be very different without that.

“I was there several weeks ago, and it took a while to get used to looking at empty grandstands.”

While Diffey will be pumped for the race call, and enjoying the interaction with his NBC crew including Paul Tracy and Townsend Bell, he has other emotions.

“It does make me sad. Everyone wants the fans there,” Diffey says.

“But, in 2020 globally, we’ve become used to dealing with extraordinary things under COVID. It’s been going on for so long. And it makes me sad to see what’s happening as well back home in Australia.”