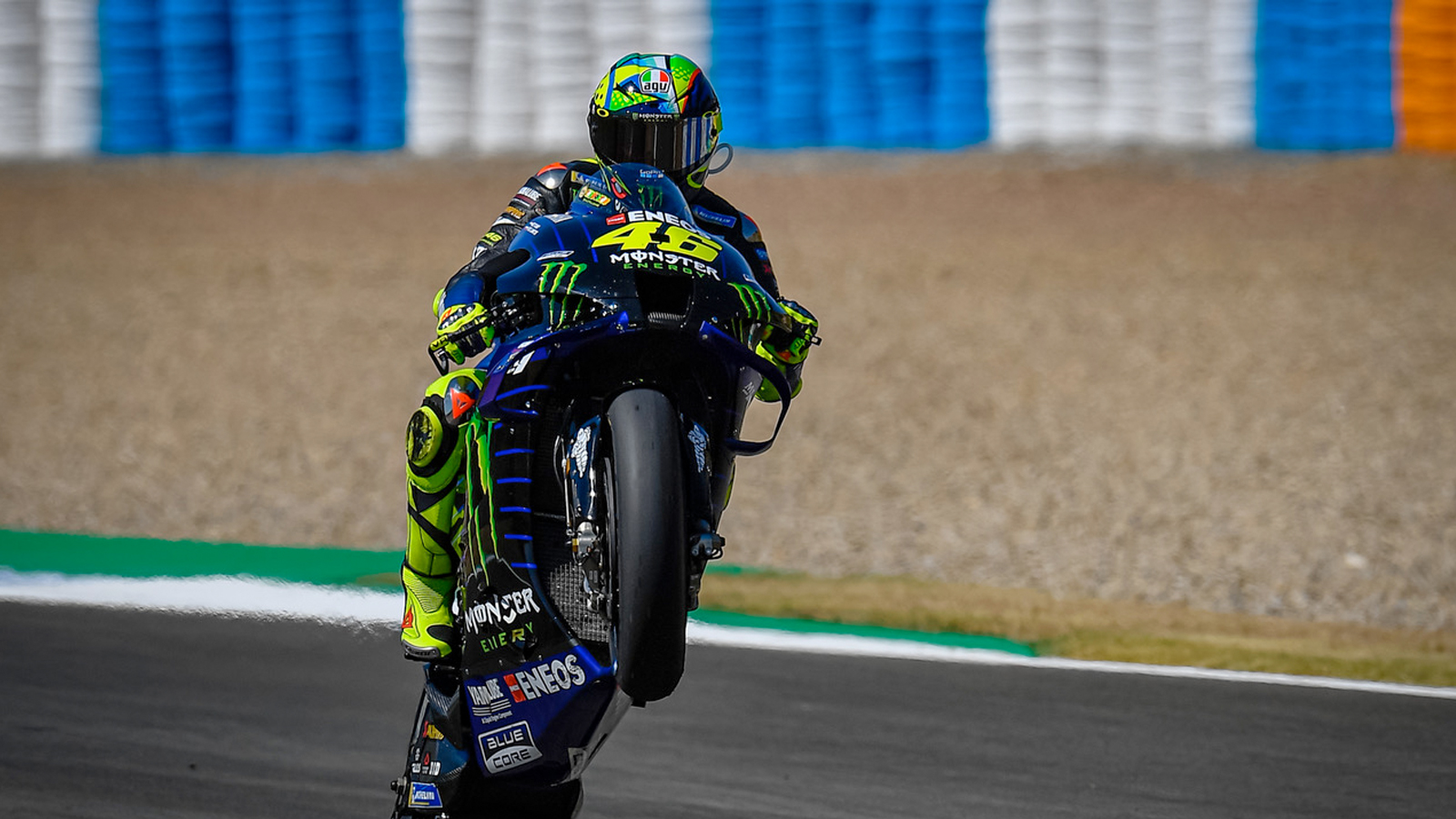 Valentino Rossi has demanded his aggressive rivals calm down on track officials at the Red Bull Ring have altered the circuit’s off-track protection in a bid to prevent a repeat of the horrifying accident that could have taken Vale’s life at last weekend’s Austrian Grand Prix.

The MotoGP legend, and nine-time world champion, narrowly escaped serious injury – or worse – when Franco Morbidelli’s exploding Yamaha and Johann Zarco’s errant Ducati flew past either side of him after the Frenchmen clashed at 280km/h while challenging in the braking zone for the Turn 3 hairpin.

Rossi admitted after the race the incident was “ terrifying” and said the Red Bull Ring was “a bit dangerous in places, especially when you have hard braking from 300km/h to 50km/h… this is potentially a dangerous place.”

As the riders prepare to return to the fast and picturesque circuit this weekend for the Styrian Grand Prix, with the exception of Zarco who has been declared unfit following surgery on his broken wrist in between the Austrian double-header, Rossi called out his fellow competitors as being too aggressive and demanded they respect the dangers of the sport.

“I think more is the [lack of] respect between the riders. This is more dangerous than the track,” he said.

“I understand that in the race we play for so much and everyone gives their best to be at the front, but we must not forget that ours is a dangerous sport, and the safety of us and our opponents is far more important than gaining a position,” he added later in a social media post.

“Zarco didn’t intentionally cause such a carambola (pile-up/ crash) but it still remains a serious error in judgement, one which a MotoGP rider cannot afford, especially at 310km/h.”

As a result, MotoGP will extend the Turn 3 airfence this weekend to create a blockade across the infield in order to prevent a repeat of last weekend’s incident.

Surprisingly – or perhaps not, considering he has competed in more than one third of all premier class races since the first Motorcycle Grand Prix was held in 1949 – Rossi said last weekend’s narrow escape hasn’t accelerated any plans to retire.

“Or, I just retire in my home and stay in my farm with the horses. But anyway if you are a rider or a driver it is a risk. So, no I don’t change my mind and I want to continue next year.”

While Yamaha’s Fabio Quartararo won both races in the season-opening double header at Jerez last month – with Maverick Vinales also second at each of them – last weekend’s winner, Ducati’s Andrea Dovizioso doesn’t expect the Styrian Grand Prix will be another replay, and will be challenged harder to score a hat trick of wins and keep Ducati’s unbeaten record at the Red Bull Ring in tact.

“We have to be better, and especially because we can bring that to upcoming tracks,” he said.

“Some competitors will be stronger this week because they couldn’t get the result last time and so they will be hungry and, like everyone, they will have seen things in the race.

One rider hoping for a slightly better result is Australia’s Jack Miller, who lost the runner-up position in the penultimate corner of the Austrian Grand Prix to first-time podium finisher, Suzuki’s Joan Mir.

The Pramac rider, who takes Dovizioso’s place in the factory Ducati outfit in 2021, is confident he can improve this weekend, but is also wary that others will too.

“Yeah after the previous two Grands Prix after crashing out of a decent spot in Jerez and never finding our feet in Czechia, we needed that little shot in the arm,” said Miller.

“All weekend seemed to be pretty good and we were able to capitalise on Sunday. Despite the restart, despite having the changed tyres and all that, I kept level-headed and went out and did my work.

“The bike is working really well here, I can’t fault it. Much of the same this weekend hopefully. All the other boys will be faster again so we’re going to have to find something extra.”

Championship leader Quartararo, who finished eighth last weekend, knows he needs to regain his early-season front-running form to remain in front of Dovizioso. But it appears there are even more challengers lurking in the shadows, as KTM’s rookie sensation Brad Binder had a mature ride from 17th to fourth last weekend, while his team mate Pol Espargaro challenged for the lead before crashing out and Suzuki’s Mir and Alex Rins were also both potential race winners.

There are plenty of possibilities, but only one will celebrate as the winner of the 900th Motorcycle World Championship Grand Prix in Austria this weekend.