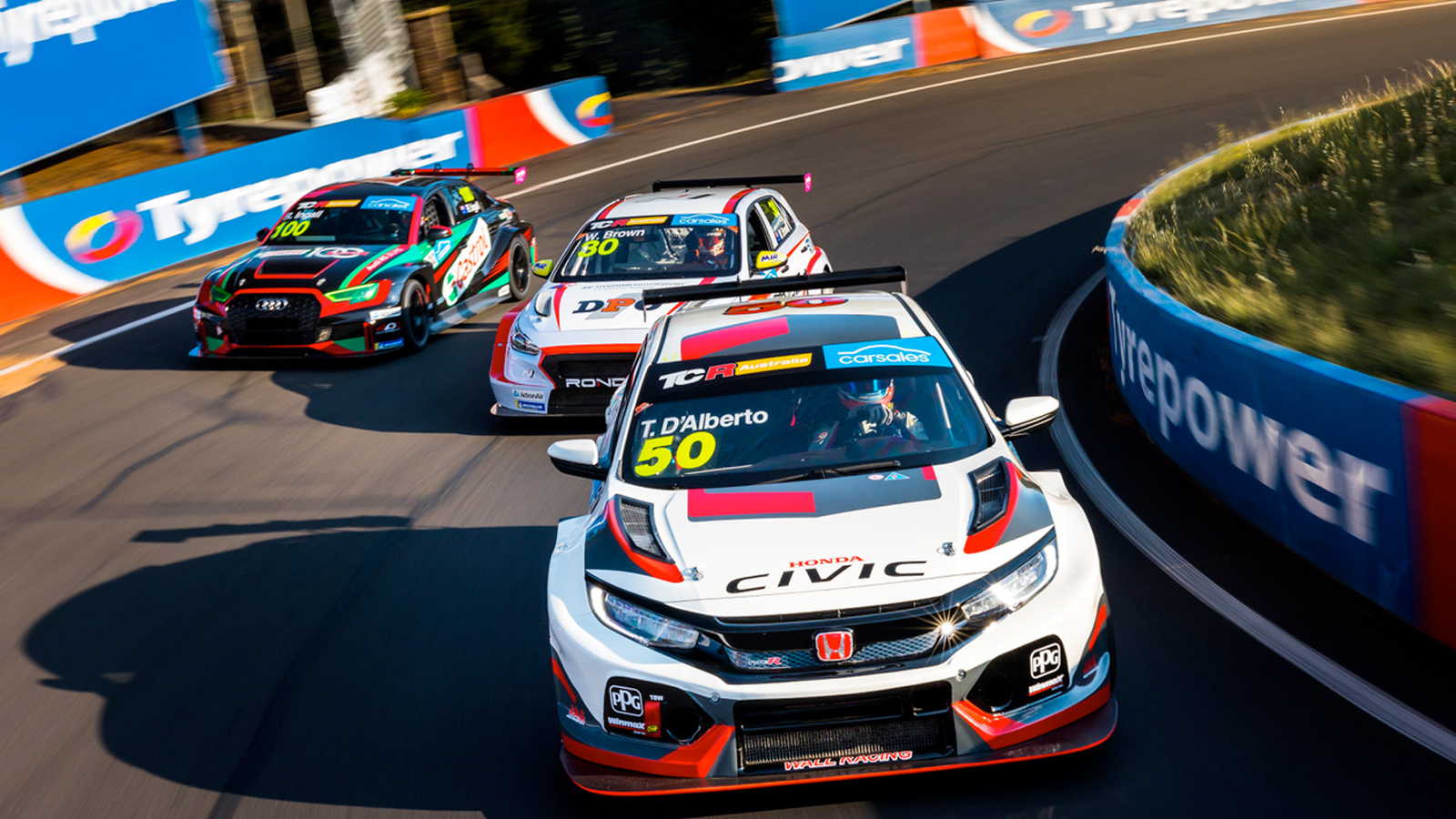 The calendar for the carsales TCR Australia Series has taken another big hit.

Ongoing COVID-19 restrictions have forced another re-think this week and the new target for the start of racing in 2020 is the Bathurst International weekend from November 12-15.

But even that date is not official, as the Australian Racing Group and Motorsport Australia continue their ongoing negotiations with state governments over pandemic restrictions.

The TCR series was intended to begin back in March, but there have since been a number of retreats and re-sets to adjust to the changing COVID-19 situation.

“Bathurst is paramount to us. At this stage it looks viable to proceed. It’s a case of what options are viable before Bathurst,” the CEO of ARG, Matt Braid, tells Race News.

“At this stage there are a couple of options being explored. If there is scope to have an event with a set attendance, including fans, that makes it feasible with a good group of competitors.

“We were going to be going on the first weekend in September, at Sydney Motorsport Park, but that was ruled out. It’s been postponed.

“Now we’re seeing where we will be able to go beyond that, whether it’s sometime in October.”

The Bathurst International was originally planned to be a TCR marquee event, with a huge overseas contingent of the 2-litre turbo touring cars including a two-driver endurance event to revive the Bathurst 500.

But, with Australia effectively cut-off from the rest of the world, the emphasis is shifting.

Approval for S5000 single-seaters to race at Mount Panorama adds extra impact to the event, as the V8-powered open-wheelers will be fast and spectacular and easily capable of cracking 300km/h on Conrod Straight.

A growing number of historic Australian touring cars from the Bathurst 1000 are also being confirmed for the meeting.

But the shape of the headline act for the TCR cars and crews is still not clear.

Braid says TCR Australia has been heavily impacted by border closures and quarantines because of the widespread footprint of its various teams, and because they are semi-professional or amateurs and cannot afford extended periods away from their homes and businesses.

“We are looking at all the options and a way to go forward. It’s a cliche, but there are phone calls and meetings about it every day.

“Motorsport Australia are being great, and we’re following their lead. They are dealing with government departments in every state.

Braid identifies the key challenge for the TCR categories, which are spread through the Eastern stages.

“The issue for us is in the movement of personnel, particularly teams and drivers. For a national sport, like the one that we’re involved in, you need flexibility in the borders until that becomes clear…”

He is not committing to dates or locations but is continually adjusting the planning and potential timetable.

“There are various options being discussed. Once the Victorian lockdown is concluded and the dust settles we’ll have a clearer picture. The Queensland border is the biggest unknown at this stage,” he says.

“For us, we’re waiting until we can see a clearer path on the build-up to run events in various states.”