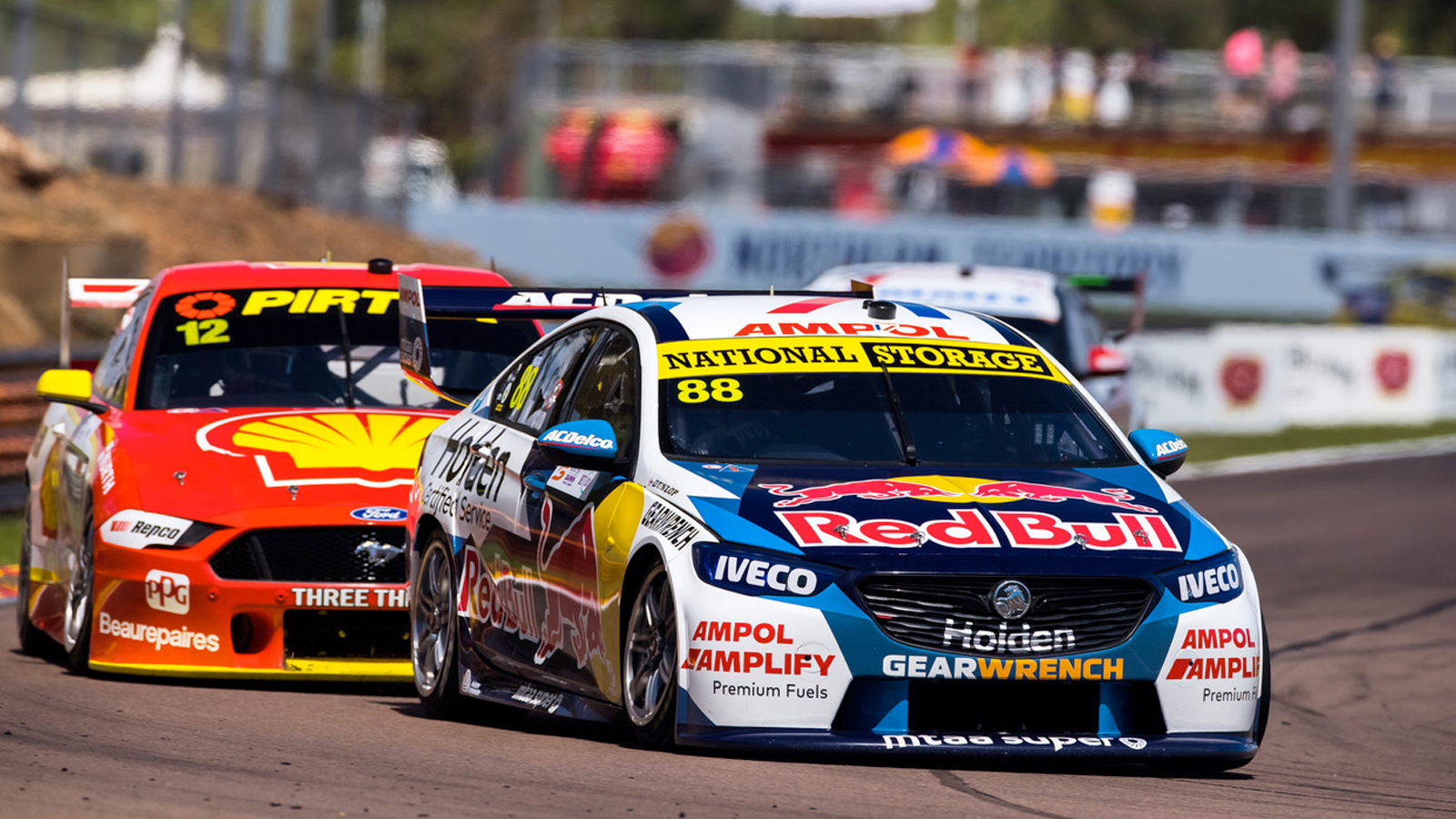 A soft-tyre shoot-out has Supercars title fighters Scott McLaughlin and Jamie Whincup primed for the second leg of the Darwin double-header this weekend.

After a mixed-tyre mix-up in Darwin1, where Anton de Pasquale scored his first main game victory and most teams then reverted to an all-soft Sunday, they are confident of an equal playing ground in the Top End before the Supercars circus moves on to Townsville.

“It’s going to be the same as SMP2. It’s more like what you would normally get.”

“I think you’ll see this weekend will be a lot like last Sunday, with everyone on soft Dunlops. It’s OK here in Darwin, because there is hardly any deg (degradation), not like Sydney,” McLaughlin reports.

The championship leaders, who are just 101 points apart after Race 15 of the 2020 series, share mixed reports from the soft-and-hard Dunlop weekend for Darwin1.

“Weird things. In my whole life I’d never rolled up to the grid and not believing I could win the race. On Saturday I started on hards and saw in my mirror that Frosty (Mark Winterbottom) was on softs and that Anton (de Pasquale) had the light on for softs, and so I thought ‘I’m not winning this race today’.

“So then the thought process is about doing the best I can. Whether it would be third our fourth, that’s what it is.

“Whether I agree with that, or not, is another story…“

Whincup says he also had to park his plans for victory during Darwin1.

“You have to be the most consistent. Everyone is trying to win a race at some stage,” Whincup says.

“So you have to keep reminding yourself of what’s happening, because you cannot win all the time. You have to make sure the bad days are as good as they can be.”

“You just need to concentrate and keep your down head when you don’t have the right tyres on. It’s tricky, but that’s what the game is about.

“Running both compounds at one race meeting can be tough. The differential between the cars is massive when you have high deg.

“With low deg it’s simple. So we probably saw the right amount of variance last week.”

“The people you are racing is different to the last few years. It’s good for some people, not so good for others,” says McLaughlin.

“You don’t worry about everyone else as much as you used to. Our goals are good positions, not where everyone else is running. If you’re consistently getting a First, a Third and an Eighth then that’s the right idea.”

Even so, McLaughlin says there is no percentage play for qualifying.

“I’m literally trying to qualify the thing as fast as I can. After that, what will be will be. The further up the grid I get, the better chance I’ve got.”

With Darwin2 next, followed by Townsville and then Queensland Raceway before Bathurst, McLaughlin and Whincup have a clearer picture of the season status under COVID-19.

“I enjoy change. And I enjoy driving to make the category better. I’m all for Supercars making the change and changing it up,” says Whincup.

“You’ve got to look at the points and look at what works. Personally, I like the one-tyre weekends better.”

And the two-time and defending champion has one more suggestion.

“I reckon we should have a softer soft that we do now. We need a tyre is is fast, but also suffers badly from degradation,” he says.