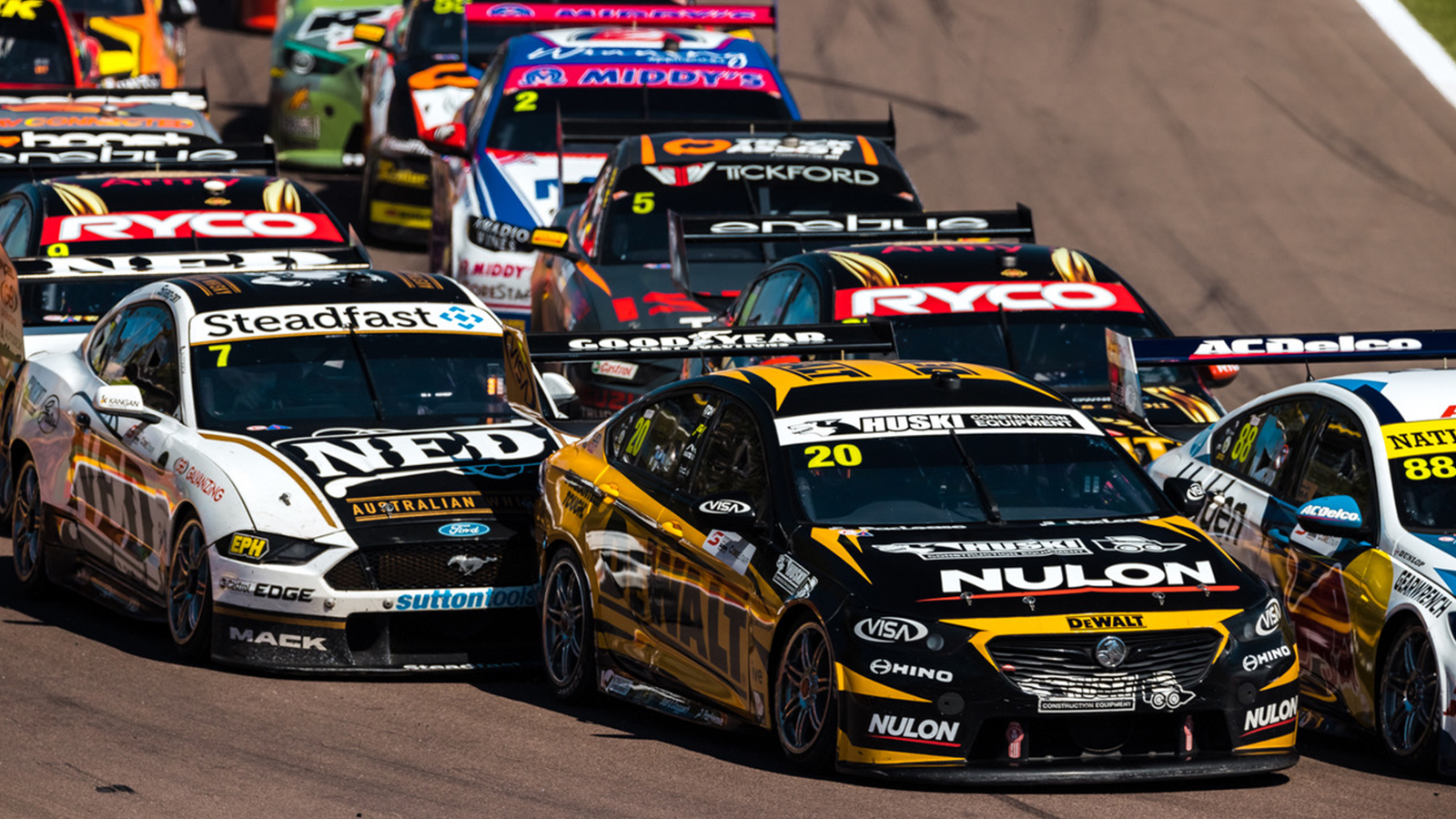 Every Supercars race needs to be like the final fight in the Top End.

Nick Percat and Scott Pye are sensational as they sweep to second and third, Mark Winterbottom charges to the end on fresher tyres and is rewarded with fourth, Shane van Gisbergen attacks and then defends as usual for the hard nut in the field, as Jamie Whincup minimises his points penalty from a tough race.

He wins, of course, with a 14-second margin in the Shell V-Power Mustang. His clean sweep of the Darwin2 meeting takes his career win total to 51 and also extends his margin at the top of the championship table to 177 points?

Is it too early to make a call on the 2020 champion? It should be a ’No’, but after Darwin it looks more like a ‘Maybe’.

“It’s all preparation. The car was just phenomenal. To pull a gap like that, in a field this tight, is a proud moment for our team,” says McLaughlin.

It’s also a proud day for Brad Jones Racing and Team 18, who both beat the Red Bull HRT with genuine pace.

“They smoked the factory team with their own car,” says Percat, who rebounds brilliantly after a hit from Chaz Mostert in the previous race.

“When you beat the mothership, in the same cars, you’ve done something,” says Winterbottom, as he and Pye both race Commodores from Triple Eight in Brisbane.

For Percat, a tactical change to an early pitstop, makes the difference for second.

“I just said to roll the dice,” he says.

Unravelling the racing shows the closeness in the Supercars pitlane, particularly after two full weekends of practice, qualifying and racing, and with no safety cars throughout Darwin2.

The top cream still rises, but it only takes a tiny mistake for things to curdle – as it did for The Bulls – and being in the wrong place can also go further wrong as it did for Whincup when he tangles with Cam Waters.

But what to make of McLaughlin? He checks out at the start, ba-zanga, as he leaves SvG flat-footed from the grid and then manages the gap back to Percat and Pye.

The two youngsters in Commodores are now showing greater maturity and, with the bonding that comes from travelling as a compact team and the extra exposure to the same challenges at the same track, show that they always had the ingredients and just needed the right recipe.

But baking cakes in Townsville, once again with a double-header on the complicated street circuit, could take some time.