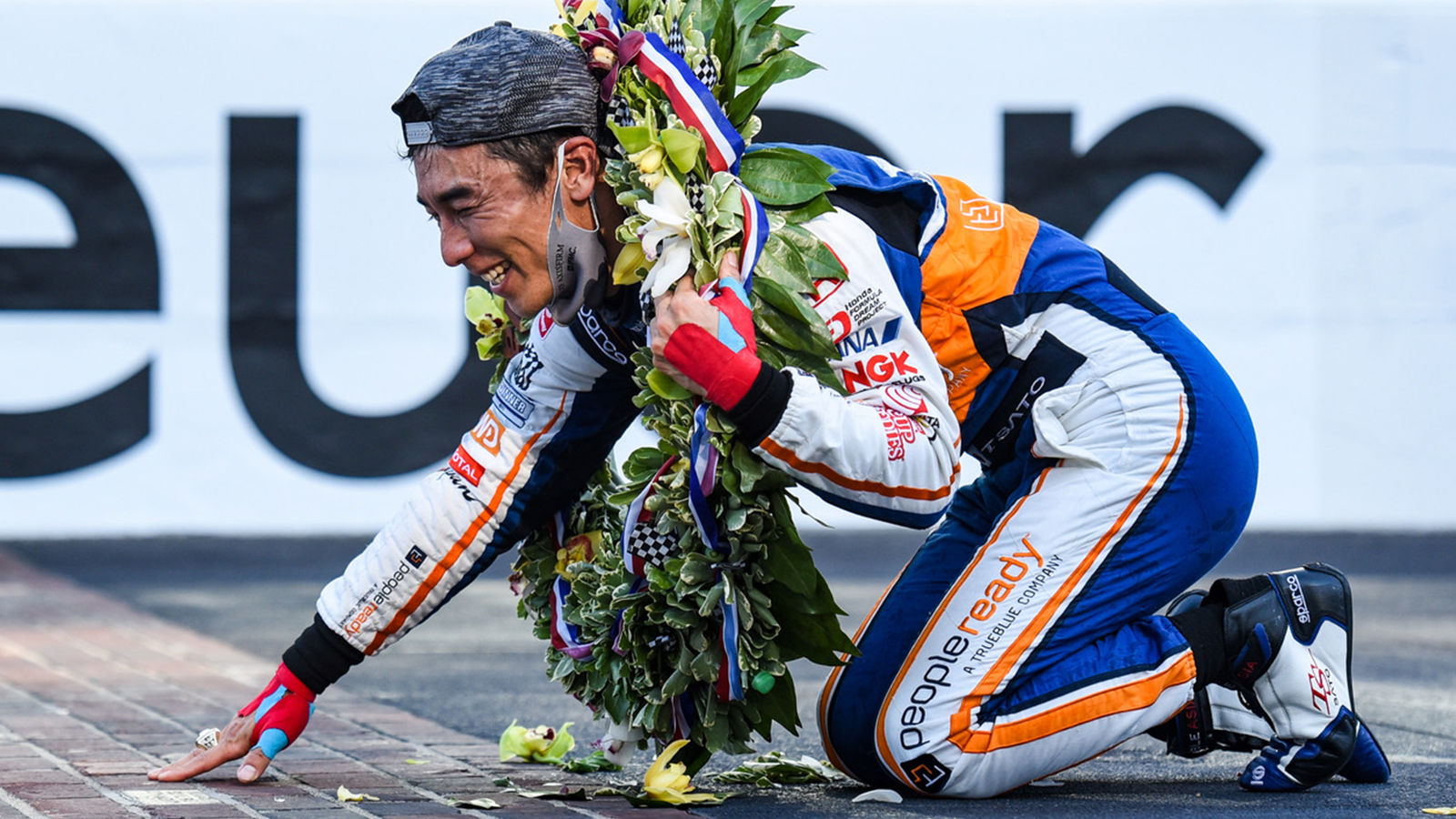 Not even 111 laps in the lead was good enough for New Zealander Scott Dixon to claim the 104th running of the Indianapolis 500.

Instead, a late crash by Spencer Pigot gave Takuma Sato the lead at the right time to claim the crown.

Sato became a two-time winner after a crafty, tactical drive from the front row of the 33-car starting grid.

He and Dixon looked set for a race to the flag after the sixth caution of the race, but Pigot’s giant smash – and a decision not to wave red flags and go for a racing re-start – let the Japanese driver lead a blanket finish under caution.

“This is unbelievable,” says Sato.

But the one who could not believe the outcome was Dixon, who swept past pole sitter Marco Andretti into Turn 1 at the start and then dominated the race.

“It’s going to be a hard one to swallow. We had such a great day,” says Dixon.

He was happy to let Sato lead because he believed his rival was short of fuel, and then believed the race would be stopped for a clean-up.

“I definitely thought they were going to throw a red flag. But you hesitate, and that’s what happens,” he says.

The race was hard and fast but with Honda-powered cars still having the engine advantage, on both power and economy, that allowed them to dominate practice and qualifying.

Despite dominating the ‘month of Marco’, third-generation racer Marco Andretti was never a contender and finished…

Fernando Alonso, making his final Indy start for the foreseeable future, was only 21st.

The two Australians in the field, Will Power and James Davison, both failed to star.

Davison was knocked out when one of his front wheels caught fire and he was the first retirement on Lap 4, while Power – who was never competitive at Indy this year – was only 14th, behind Andretti.