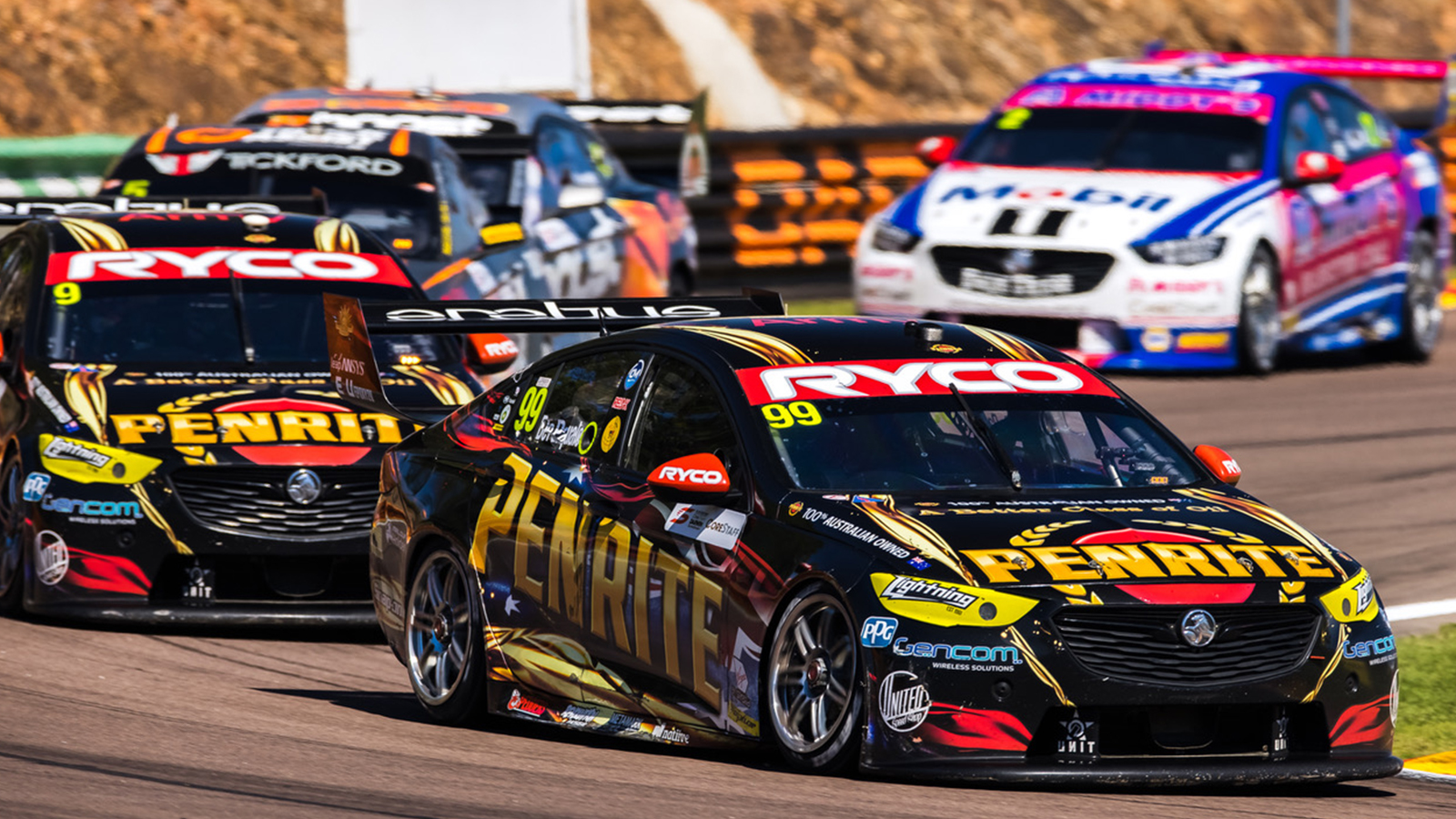 Townsville is going completely soft for 2020.

The Dunlop tyre allocation for the double-header in far-north Queensland is entirely soft-compound slicks across both weekends.

As Supercars confirms formats and other details for the next leg of its long-distance winter tour, David Reynolds is already pumped for one of his favourite tracks.

“I love Townsville. It’s one of the tracks I’m good at. I love driving the track,” the Penrite Commodore driver tells Race News.

“I don’t mind when Supecars is experimenting with things. I wouldn’t even mind if they only gave us four tyres for a weekend.”

After mixed-tyre allocations on consecutive weekends at Sydney Motorsport Park and Darwin, where drivers had hard and soft-compound rubber for the first meeting and softs only for the second, Supercars has decided on five sets of soft Dunlops for both of the Townsville tussles.

The race formats will continue with three 100-kilometre sprints, which means 39 laps at the Reid Park circuit, and – unlike Darwin1 and Darwin2 – there is currently no plan to combine points over the weekend to decide a round winner.

The biggest change for Townsville is on the spectator side, with up to 10,000 fans allowed on each day.

With corporate suites almost filled with 1500 guests, opening the attendance means 8500 regular punters will get tickets to the events and almost double the 4500 spectators allowed in Darwin.

“The corporate facilities are already close to a sell-out. We’re hoping for a good attendance and we’ve said around 8500 people is a good mark.”

Reynolds is excited to hear the news on spectators and hoping for plenty of FNQ support.

“The bigger the crowd the better. What’s the sport without the fans and the people at the track?”

Teams are already on the road from Darwin and are expecting to park their trucks at Reid Park tomorrow (Wednesday), ready for the pitlane set-up and track walks by drivers and engineers.

Reynolds has now slammed the door on Darwin2, after a tough weekend for him and his team mate Anton De Pasquale, and is keen to rebound in Townsville.

“I’ve got nothing bad to say about it,” he says.

“Townsville has a really interesting vibe, a combination of a country town and a big city. It’s good to visit.

“The track takes a lot of focus and courage, I suppose, to put a good lap down. The layout is good, and the surface degrades enough so you get good racing and lots of passing.”