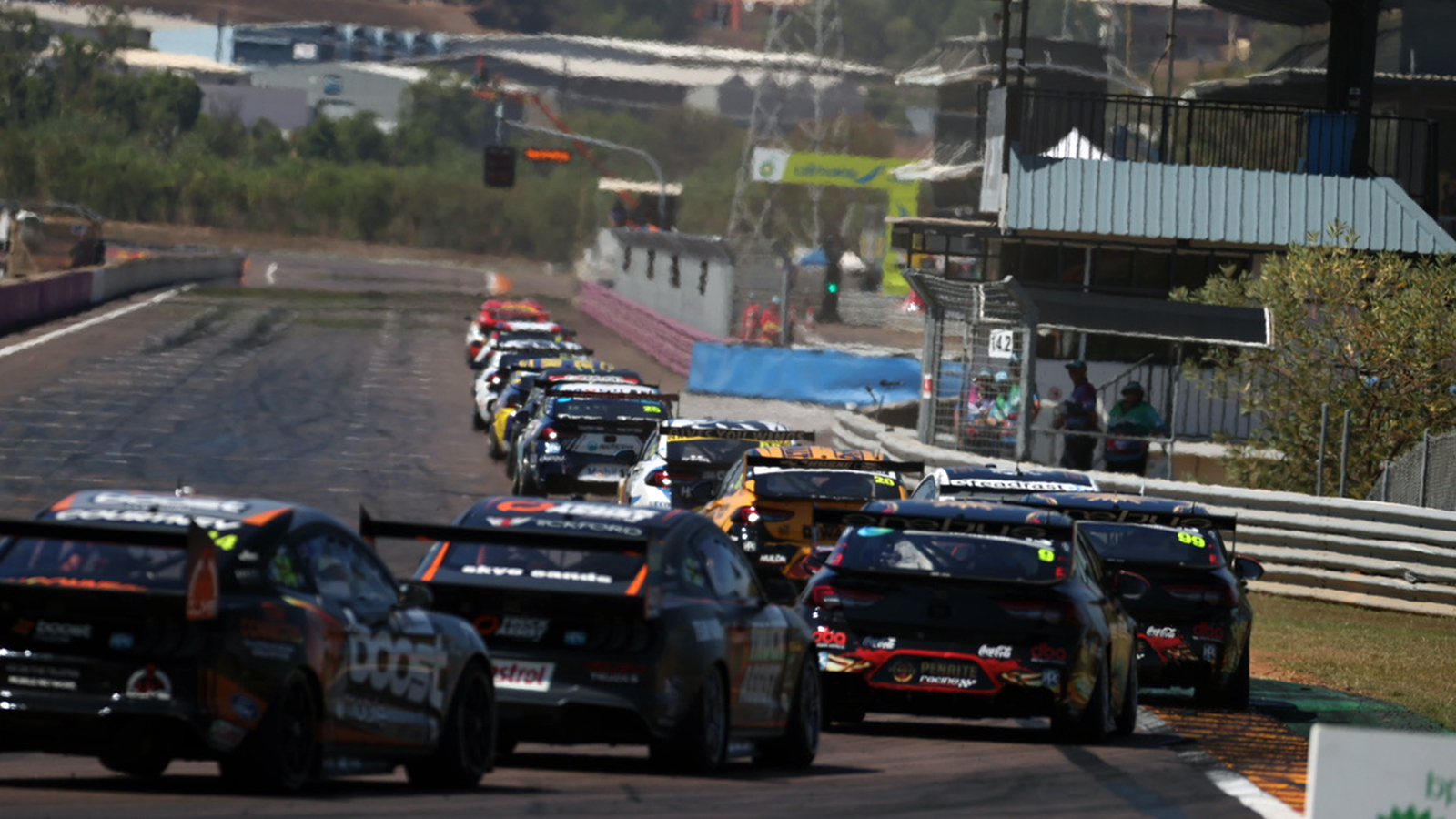 Reinforcements are on the way as Supercars squads send relief troops to Townsville.

Several teams have rotated staff through the long northern swing to the Gold Coast, through Darwin and on to Townsville, and the roster renewal is set to continue.

Tickford Racing boss Tim Edwards is under quarantine in Townsville with two other team members, ready to roll into action for Townsville2.

They are set to relieve some of the existing crew in a program which Edwards says is vital to maintain morale.

But there is something even bigger in the works, with a family reunion planned for Brisbane once the double-header in Darwin is done.

“We’ve flown families to Darwin, we’ve got nine partners and kids doing two weeks up there. They are going to do a short spell up there and, after we finish at Townsville, they will meet up in Brisbane. There will be some very happy faces,” Edwards reveals to Race News.

“We needed to do it. The crew are going to be away for another two months. They will be on the road until after Bathurst.”

He says there have already been changes to the travelling group and more will be needed after the lockdown in Victoria.

“We’ve had a few depart along the way, as you’d expect. And it’s got particularly hard in Melbourne over the last few weeks. Without doing that we would have continued to have casualties on the way.”

Edwards is talking openly about fatigue and morale, which are usually topics for the armed forces on long deployments away from home.

“They didn’t sign up to be in the Navy, to be away for four months,” he says.

He is even taking personal command of the relief group to show his commitment to the team.

“I’m really looking forward to it. To be brutally honest, I’m there to help them out.

“We’ve lost a couple of people on the way and they need the support. It’s to show that I don’t expect then to head off on the road for four months.”

Edwards says other teams have also been sending relief personnel, including Walkinshaw Andretti United, and he spotted several familiar faces from the Supercars pitlane on his flight from Melbourne to Townsville.

Now, as he enters his tenth day of hotel quarantine, preparing to return for the second Townsville meeting, he says he has settled into a routine.

“I’m just at my desk here instead of my desk at home in Melbourne.

“The sun is shining and I have a little balcony. So I have fresh air. It’s good.”

Edwards can even see the Reid Park circuit from his room.

“I can see the pit building from my little balcony. I’ll be watching when the trucks arrive.”

His plan for Townsville1 is much like the earlier long-distance races, but using his technology in the hotel, before returning to the pitlane for Townsville2.

“I will be doing what I did during Darwin, watching on my iPad with Zoom for the car audio and live timing. That will be my Saturday and Sunday this week.”

Edwards says he is pleased with the form of the four Tickford Mustangs in recent races, including the way James Courtney is adapting to his change from a WAU Commodore.

“It’s all starting to click with him. He’s making good progress. he was sixth overall in points for the weekend at Darwin2.

“The others are doing what they do. We had a couple of good races and then struggled a bit in the last one. Cam Waters got a podium on Saturday and the first two races were ok.”

But he is more concerned about travelling crew and thanks the Tickford partners back in Melbourne who have made things easier while the team is on the road.

“It’s partners and family needing support at home. We had people cutting grass and making food for the families,” he says.

“Our supporters are a pretty close-knit group and a few that are really close to the team wanted to do whatever they can to help. They put the message out and people helped.

“Unfortunately, all that stopped when Stage 4 restrictions kicked-in and that left some of the partners, especially with young kids, needing more help.”