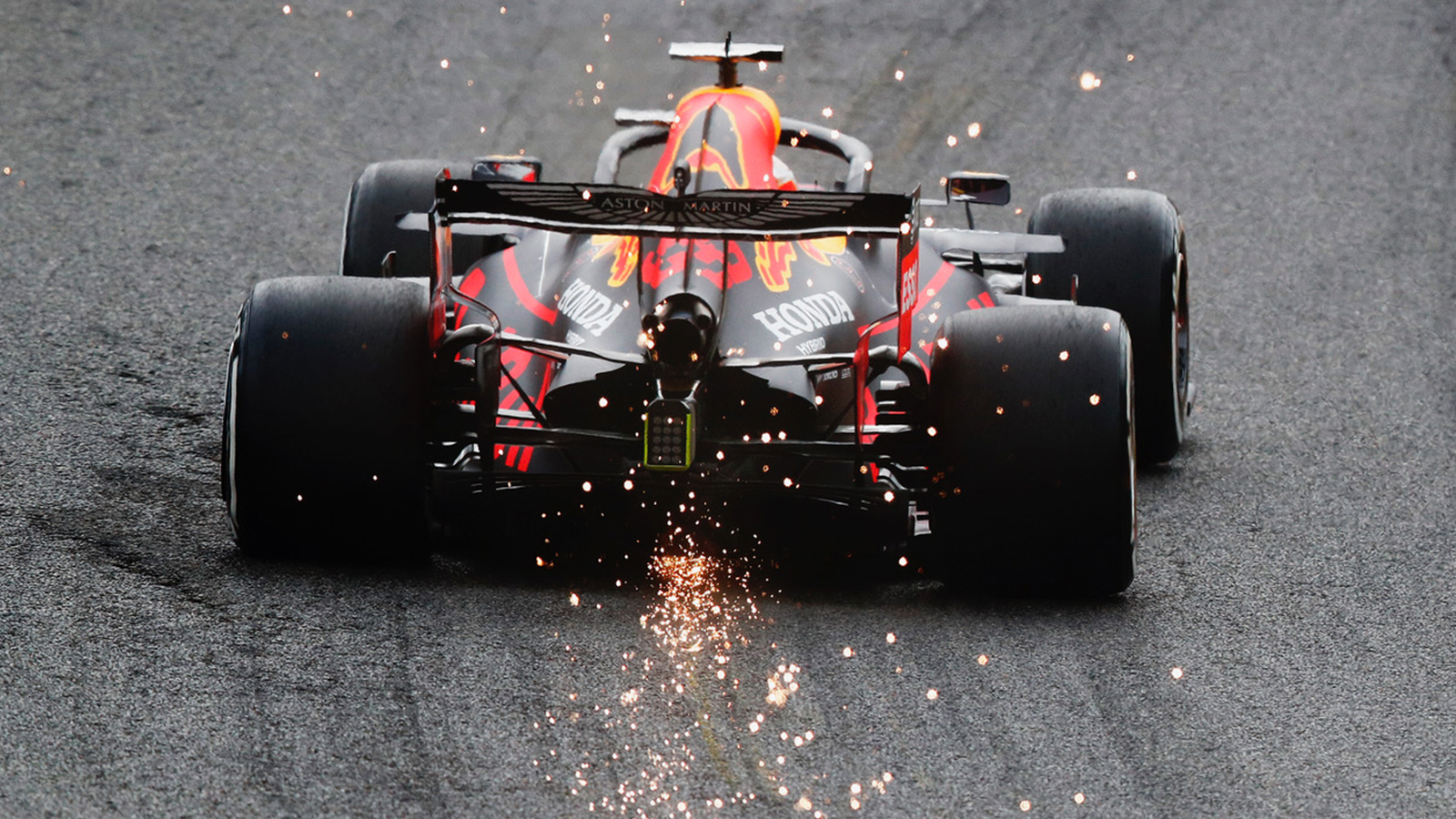 The motorsport world is a landscape littered with ifs, buts and maybes…

So how about this?

What if the starting grid for the 2020 Belgian Grand Prix was set after the first day of practice at Spa?

We would see Max Verstappen on pole position after a stunning and spark-filled lap in his Red Bull, with Daniel Ricciardo alongside him for Renault.

Lewis Hamilton would still be sitting on the inside of the second row, but with Alex Albon beside him in the second of the Bulls.

And the second of the Black Arrows?

Valtteri Bottas would be only sixth on the grid, sandwiched between Sergio Perez of Racing Point and Lando Norris in the quicker of the McLarens.

The only disappointment would be Ferrari, with Charles Leclerc in 15th and Sebastian Vettel in 17th.

In the old days at Spa, and not necessarily the good ones, this could actually have happened.

The Belgian track is set in a picturesque mountainous region with fickle and capricious weather, and over many years there has been plenty of rain.

If the second day of practice and qualifying was spoiled by a day of downpours, the grid would be set in the way fans – but not the drivers or teams – would like.

It would be a mix-up and a recipe for a surpassing race, instead of a Noah’s Ark line-up with the teams heading two-by-two into a Formula One procession.

In a welcome ‘maybe’, this sort of thing could soon happen in reality.

As Formula One bans the ‘party mode’ power-plant settings which often tip the grid and usually provide an unbeatable advantage for the Mercedes-Benz pair of Hamilton and Verstappen, a new uncertainty – more ifs, buts and maybes – could emerge.

Once the ban happens, at the next race at Monza in Italy, the 1000-horsepower one-lap blasts will disappear and there is every chance – alright, a better chance – of a shake-up in the grid order.

Even so, the Mercedes-Benz of 2020 is still an awesome machine, so perhaps it will still retain its unbeatable advantage.

But at least there is a better-than-even chance that Ferrari, which has been awesomely bad in 2020, could get closer to the front, with mercurial youngster Leclerc able to compensate for a lack of power with an abundance of talent and even Vettel capable of re-igniting his passion for racing.

Meantime, it’s interesting to hear what some of the drivers are saying after Friday at Spa.

“I don’t think I will be fighting them for pole because we can’t really follow when they turn it up in qualifying,” says Verstappen, pointing straight at the Black Arrows.

“Personally, I think Mercedes are still struggling a bit with the balance and I expect them to be stronger tomorrow,” he says ominously, particularly for the fans.

“I’m excited to go away tonight and see if we can find a few extra tenths in the car and fight for a strong starting position for the race – I think we’ve shown today we’re certainly capable of that. We can be optimistic,” says Sergio Perez. Really?

“It’s probably a surprise to be so far back, but we are just lacking pace at the moment and have to work hard to catch up. But I’m not expecting any miracles this weekend. Our job as drivers is to give our best and that’s what I am trying to do.”

But this is not an ideal world, and so Hamilton’s words after his qualifying simulation are the ones that count.

“We’ve definitely got some work to do overnight, dig through the data and try and dial in the car a little more. But it looks like we’ve got an exciting weekend ahead of us,” he says.

Perhaps it’s true for him, but fans around the world will be hoping that the rain predicted for the race – originally a certainty, now only around a 50 per cent chance – arrives with a thunderclap and downpours.