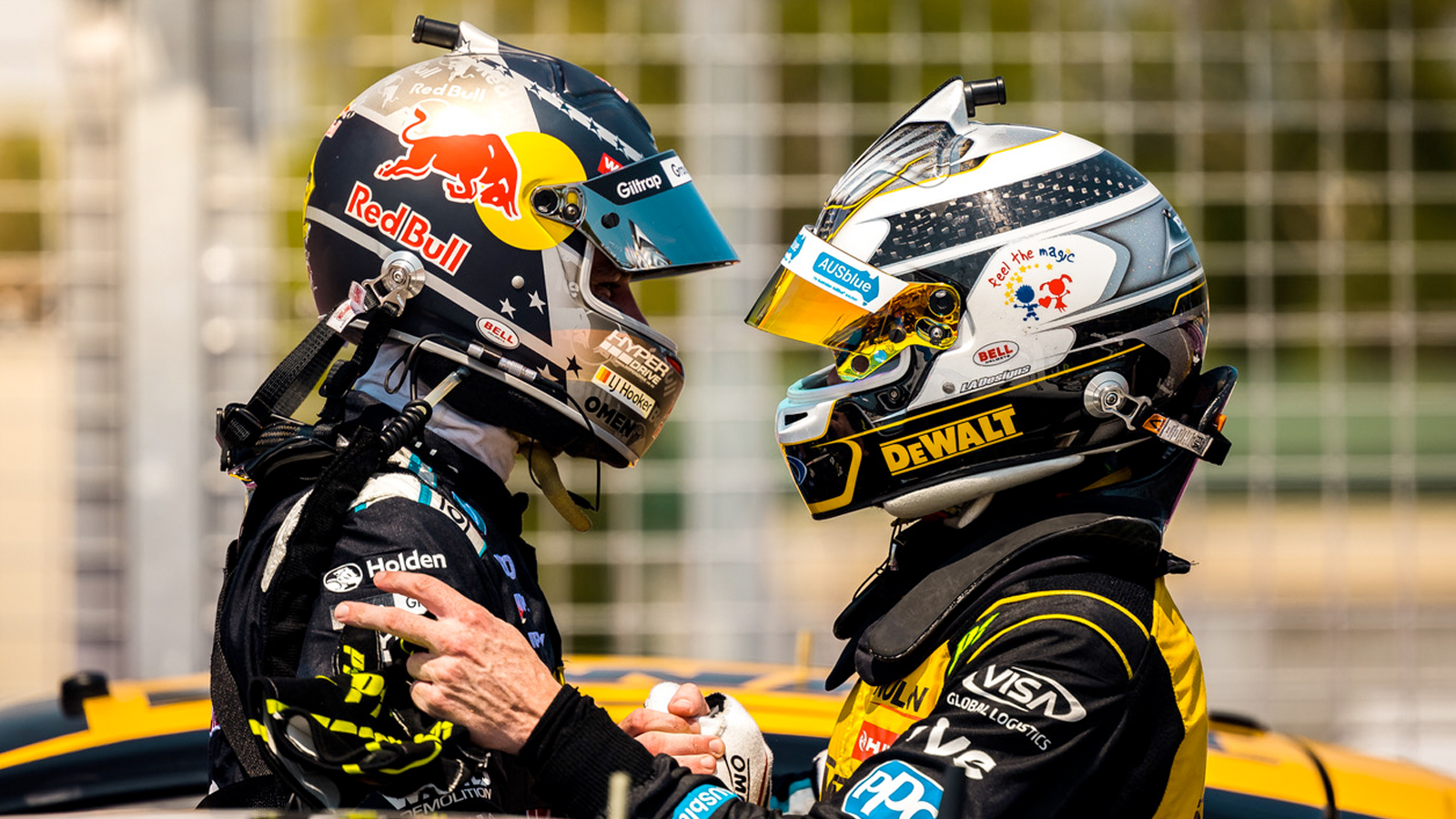 It’s time for Supercars drivers to close their coffee club and act more like the UFC, according to former champion James Courtney.

He believes the polarising power of real rivalry is what’s needed to inject the excitement back into Supercars racing and he has the support of his Boost backer, Peter Adderton.

“I know some people don’t like me. And I don’t like them. That’s just fine,” Courtney tells Race News.

“This is about racing and winning, not having a bunch of mates to play with. There will be plenty of time for friendship when we hang up the helmets.”

He looks back at some of the classic rivalries that fired the passion into motorsport, from Bob Jane punching Allan Moffat, to Moffat’s long-term battles with Peter Brock, then on to Mark Skaife’s bitter fuel with Marcos Ambrose.

“The most coverage the sport ever got was when Skaife and Ingall crashed at Eastern Creek. They really hated each other.”

Adderton has given Courtney the backing to get back into podium contention with Tickford Racing and also sees the need for more aggression, starting with his own driver.

“It’s like love island. These guys are so nice to each other,” Adderton tells Race News.

“In business, and politics, people are fierce competitors. That’s the way it should be.

“I’ve told James to make his Mustang as wide as possible. Don’t make it easy for anyone. I don’t care if the tyres are going off, make it as tough as possible.”

Courtney was once a member of a cycle-and-coffee group on the Gold Coast that included Mick Doohan and his good mate, and now Supercars technical chief, Adrian Burgess. But he says things have gone far too far.

“This period when we’re all travelling together has highlighted it for me. The drivers are all drinking together, going fishing, having a holiday together. They skip down the beach and sip cocktails.

“I have no interest in socialising with them. I’m here to race and beat them.

“When you are are friends with someone it has to mean, subconsicouly, that you will not be racing as aggressively as you should.”

Adderton says that, as a spectator and a Supercars fan, he wants to see the drivers showing their true colours.

“What is going on? I know what’s going on, they’re all hanging out together. And they don’t want to upset each other.”

For Courtney, one of the surprising tie-ups is between bad boy Shane van Gisbergen and Scott Pye.

“What is that? Shane and Pye are best mates? Giz is a hard-arsed racer and I think that’s good, but I’m surprised they are mates.”

Adderton believes the coronavirus has seen a significant softening in Australia that has carried through to the racetrack, including the sympathy for the travelling teams that have been away from home for two month.

“What’s the difference? They are always travelling every year. It’s not like they are in the army, travelling for 12 months and having people shooting at them.

“People are now too afraid to upset anyone and they’re becoming too vanilla. I’m just so sick and tired of the way people are, and it’s being reflected on the track.”

Adderton is also calling on Craig Baird, the Driving Standards Observer in Supercars, to open the door to a bit more biff.

“I think Bairdo should open things up a bit more. These guys are too frightened of copping a five-second penalty.”

And he has a perfect way to illustrate the real hunger in Supercars, not the nice-nice situation today.

“I told James ‘Look what happened with Will Davison’. The second you could get his car and steal his job, you did it. That’s what we’re talking about,” he says.