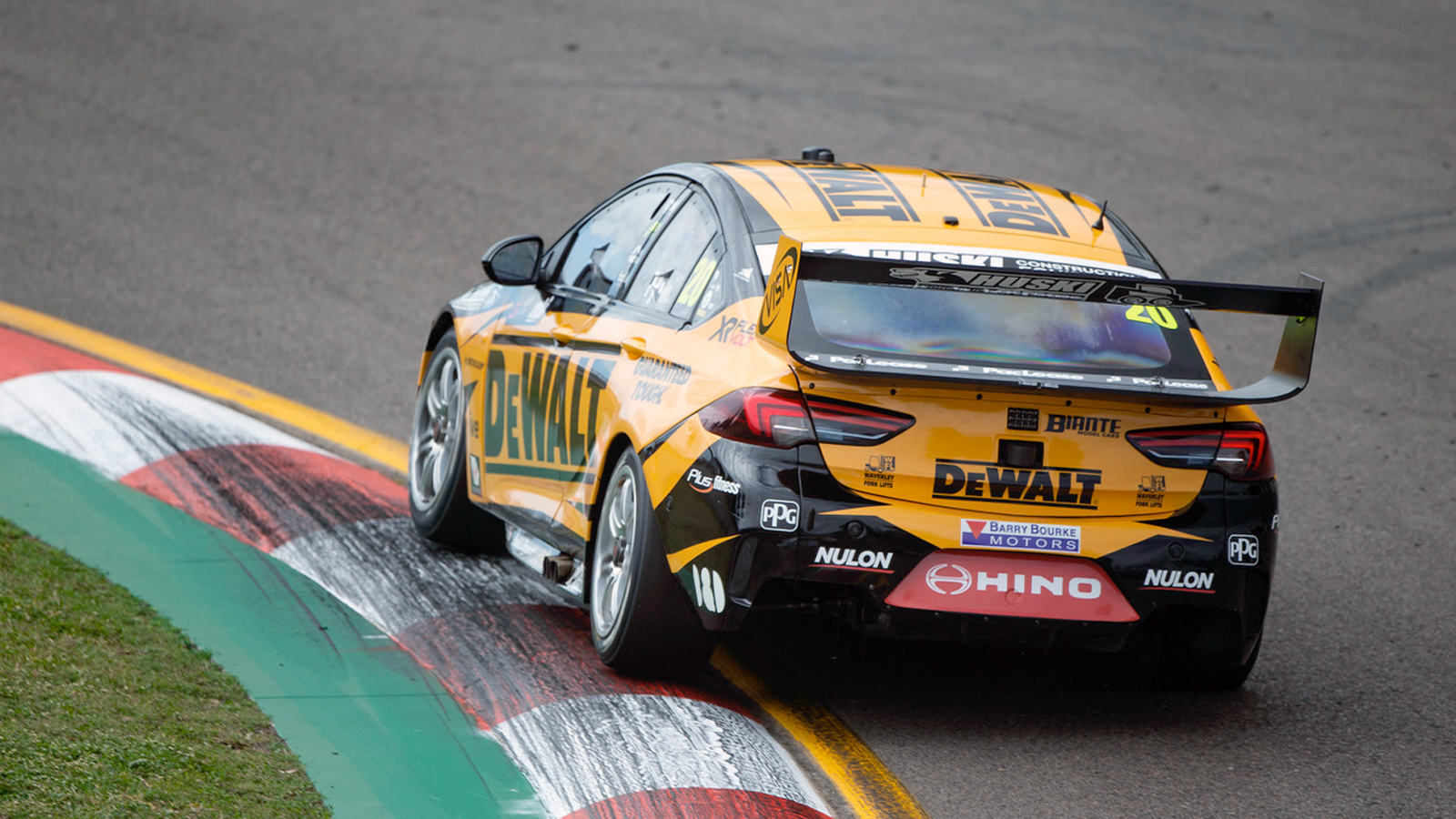 A triple treat has convinced Scott Pye that he and his engineer Phil Keed have unlocked a crucial key to Supercars success.

After three thirds in Darwin, and a racy run to sixth at Townsville1, he says he now only needs to crack the qualifying code to advance into the lead battle group.

Pye joined Charlie Schwerkolt’s Team 18 this year as it expanded to a two-car Commodore outfit and has nothing but good things to say, even though he was previously part of the high-profile Walkinshaw Andretti United camp.

“I feel more confident in a race situation than I have at any other time in my career. When we get the other half of the puzzle sorted, with qualifying, we’re in with a crack.”

He says Phil Keed is a great engineer, Mark Winterbottom is forcing him to lift his driving, and the whole team has gelled on the road.

“Phil and I are like an odd couple. It’s entertainment. Just seeing us work together makes people laugh,” he says.

“I’ve got so much respect for him. He’s going a great job, getting a lot out of me. We have found a couple of things that have just clicked and you can see it in the results.”

He admits that operating as a Triple Eight satellite team, with a Banyo-built Commodore, is also helping, but concedes that one thing is still missing.

“Our race car is genuinely very quick. Qualifying is a bit weak.

“I think the car is very competitive, and I’m gelling very well with how the car works in races. For me to find the balance in the race is easier than in the past.

“My confidence is growing. Even with the overtaking, I’m feeling very confident in having a crack and pulling it off.

“I just feel completely at one with the car, especially in the races. It’s really working underneath me.”

Heading into Townsville2, with the podium results in the record books, he and Keed are looking to develop a quicker one-lap car.

“It’s been a steady climb with the car balance. We need to focus on qualifying. This is going to be our test, coming to Townsville from the results in Darwin.”

“We’ve still got a long way to go. But for us, starting from where we were and getting into a position to get a trophy, is great.”

“Over the (first Townsville) weekend we made steady progress, and in the last race I was having a good time and I had maximum confidence.”

But there is one thing that still worries and confuses him.

Pye is now a bearded racer, a look that he likes, but he has promised Team 18 that he will shave if he wins a race.

“I want to keep it. But if I win I’ll do it. My number one mechanic, Reece Turley, already bleached his hair after our first podium.”