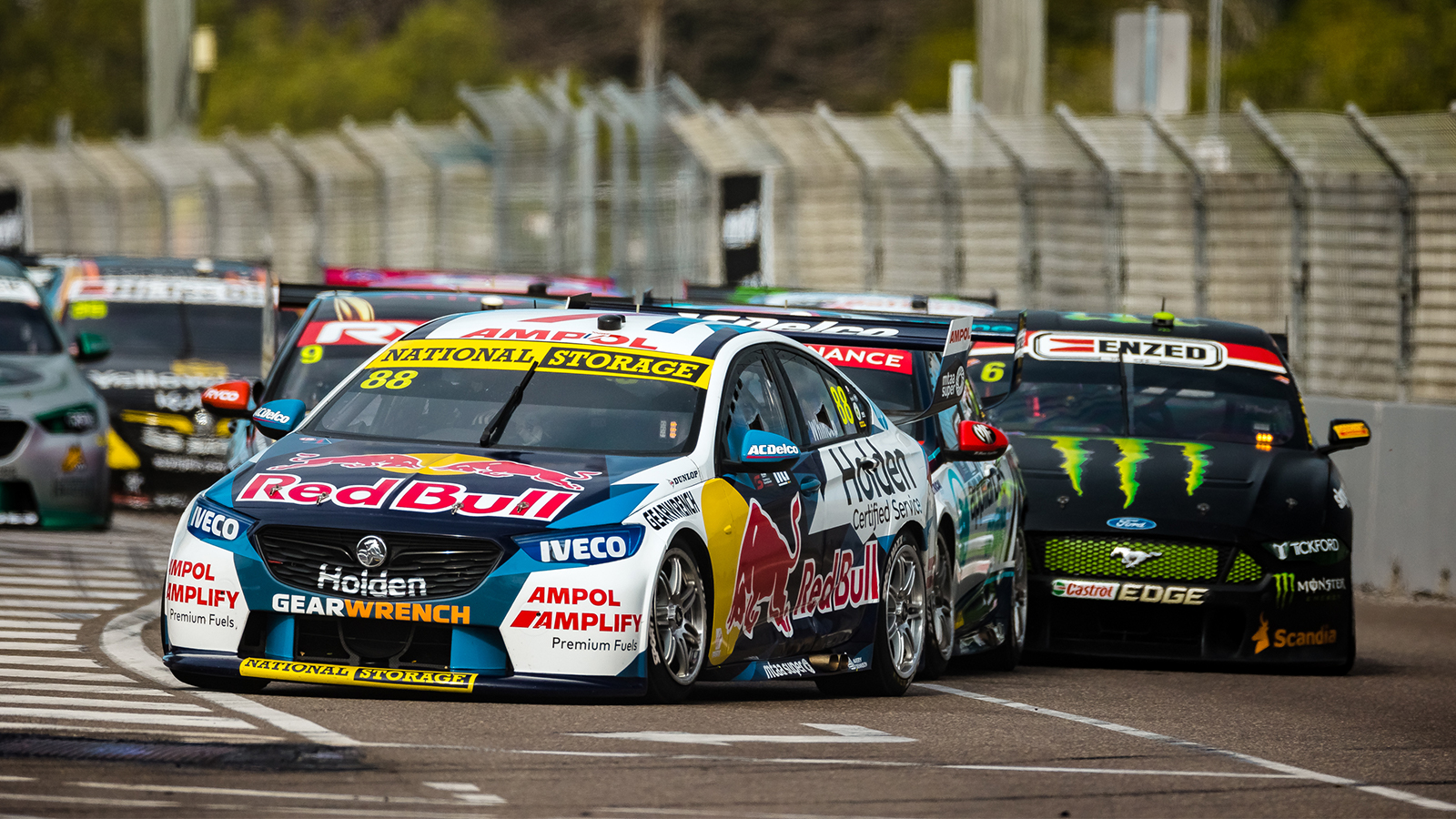 The race for the Supercars championship starts – really starts – today in Townsville.

With the final shape of the truncated series now set, the major players know what it takes to get the job done.

Counting this weekend, there are just 1200 points to the crown – with 300 of those in the Mount Panorama lottery called the Bathurst 1000.

Two-time champion Scott McLaughlin holds a 123-point lead over the GOAT, seven-times series winner Jamie Whincup, and they continue to look like the drivers who will be racing for the big prize at Mount Panorama.

“I think you can now plan out your opposition. If you look at who’s in the championship, it’s me and Jamie and then Chaz Mostert,” McLaughlin tells Race News.

“Our plan now is to keep the gap above 100 points. But if you can get to the end of the second event at The Bend within 300 points you can still win it.”

Whincup did the best job at Townsville1, even if McLaughlin won the final race in his Shell V-Power Mustang, and plans to continue the pressure this weekend with his Red Bull HRT Commodore.

“It’s going to be on again this weekend. The points between Scotty and I lowered last week, which was great,” says Whincup.

“We feel it is our responsibility, as a team, to ensure the championship goes right down to the wire at the last event. We are trying to do the best we can to hang in there.”

The Bulls have a slight margin over the red ’stangs in the teams’ title fight and are also closing fast on the 200th win for Roland Dane and his Triple Eight team, but Whincup is keeping his laser focus on the championship.

“We’re not thinking about we’ve done, we’re thinking about what we can do. It’s about making the car fast and me not making mistakes. Our goal is to keep moving forward,” he says.

McLaughlin knows he is the target, not just for Whincup but everyone else, but is not worried. Yet.

“Pressure wise, I’m not stressed too much. I’ve been in more pressure-cooker situations over the last few years. I know how to play for the championship,” he tells Race News.

“It’s a bit of an unknown, with Bathurst at the end, but I’m not too stressed about it. If we can extend the points break before Bathurst then it makes it easier to secure the championship.”

McLaughlin admits he was below par, by his standards, at Townsville1 but is ready to rebound in Townsville2.

“I’ve always kept the focus on the championship, and keeping myself in the best possible position. And I’m a lot less stressed heading towards Bathurst, purely because I’ve already won the race.”